U.S. futures, including for the , , and , along with shares in the U.K. climbed this morning after Apple (NASDAQ:) yesterday and offered strong guidance on growth in its services segment as well as a 5% increase to its quarterly dividend. advanced after shares of grocery chain Sainsbury (LON:) surged on .

Earlier, shares in advanced 0.8%, led by financials after Australia and New Zealand Banking Group (AX:) published better-than-expected earnings, with little resistance amid thin trade. , on the other hand, edged lower, as investors took profits after indices touched a record high last week. The fell after an unexpected .

Thin volume is also a factor in today’s Asian and European trade as many regional markets are closed for local holidays. Yields pared losses, while the edged lower for a fourth day, declining ahead of the Fed’s latest .

Yesterday’s performance of major U.S. indices was mixed. FAANG stocks lost $100 billion in value after Alphabet (NASDAQ:) earnings significantly on Monday, after the close. Shares fell 7.3% in after hours trading; the stock closed down 7.5% after yesterday’s U.S. session. 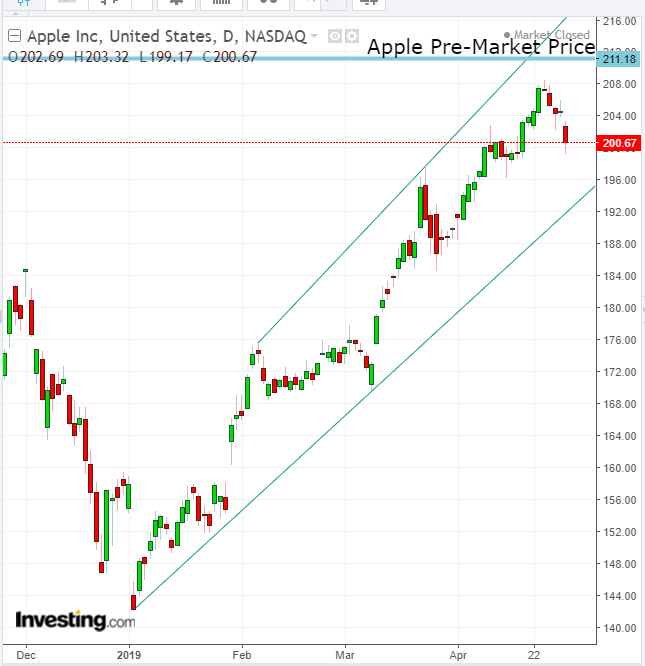 The question investors are now contending with is whether Apple’s upside surprise signals a rebound for all the U.S. tech giants, after Alphabet shares suffered their worst decline in over five years on slipping on revenue. Though Apple closed yesterday’s session at $200.67, ahead of its report, the iPhone giant’s pre-market price at time of writing is $212, up 5.65%.

Nonetheless, it’s our contention that the Fed’s monetary policy has been the biggest influence on the market after QE, more so than any newsworthy trade theme. And indeed, that’s been borne out repeatedly—the market has reacted very strongly to every Fed decision.

Today’s interest rate decision, as well as any pertinent details from the and the language used at the subsequent could have an even bigger impact, now that both the and have hit new record highs. As well, the Fed’s proven power over markets is likely to have increased—with the Fed’s back-and-forth rhetoric only magnifying scrutiny, creating a vicious cycle, in which both an unwilling Fed and an overeager market are intertwined in a dangerous back and forth that continuously escalates.

Therefore, we expect the Fed to reiterate their ongoing patient stance, which Powell first announced in January, as he attempts to say as little as possible, to avoid any additional awkward stumbling after December’s rate hike. 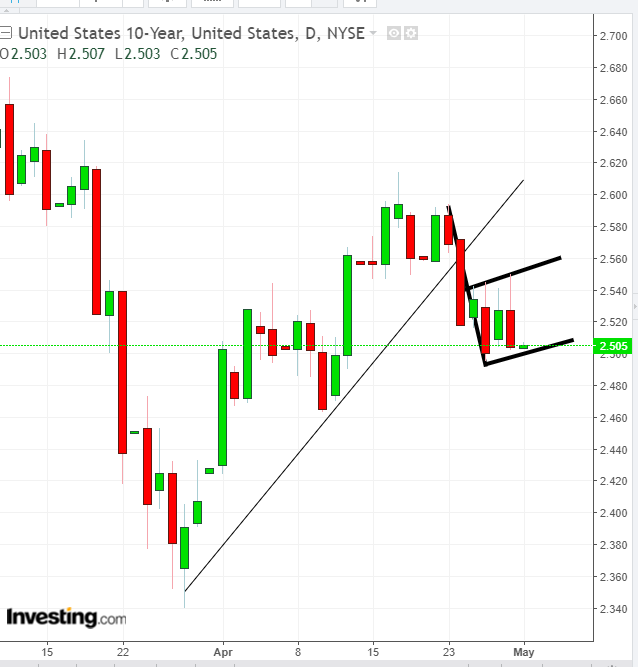 Yields, including for the Treasury note, trimmed gains within a range forming a rising flag. This is bearish after the 3.5% plunge within four sessions. It’s now fallen below the short-term uptrend line, following its downtrend since November. 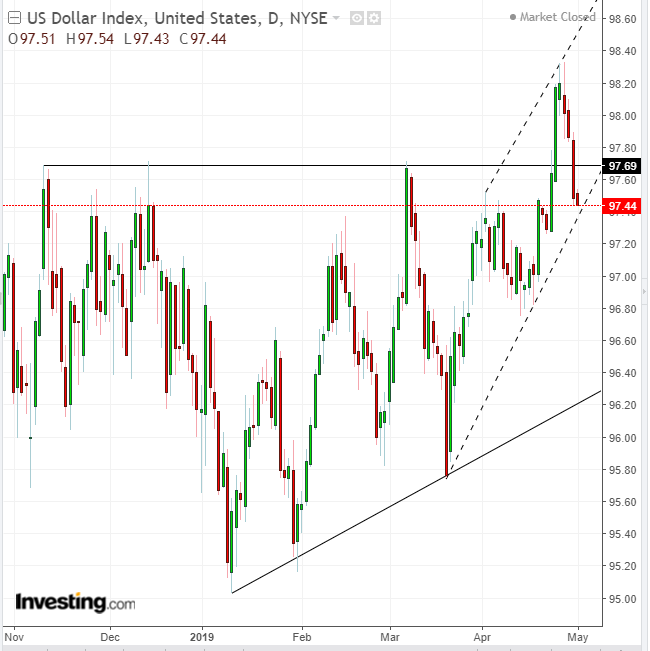 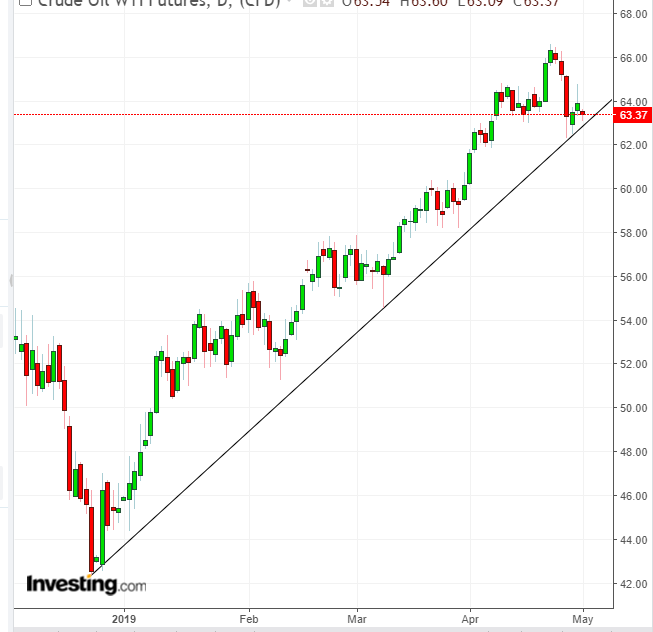 retreated as U.S. surged by 6.8 million barrels, offsetting global supply fears. Meanwhile, the price found support by the uptrend line since December. However, price volatility for the commodity could remain a factor: Riyadh is digging its heels in for a fight with the White House over control of the world market.