Global stocks and futures on the , and rallied this morning after the Fed it will “act as appropriate to sustain expansion” and removed the word “patience” from its language—fulfilling market expectations for lower rates. The dived against all major currencies, boosting to a 5-year high, while Treasury yields temporarily tumbled below the key 2.00% threshold as current bond rates suddenly looked more attractive.

Europe’s opened higher, hitting a six-week high after U.S. policymakers lived up to hopes they would echo ECB President Mario Draghi’s ultra dovish statements from earlier this week. Leading the rally were miners and energy stocks—the latter tracking prices higher. Financials underperformed on the outlook that lower rates will translate into lower profits for banks.

In the earlier session, Asian benchmarks flashed green across the board after the Fed for a rate cut. 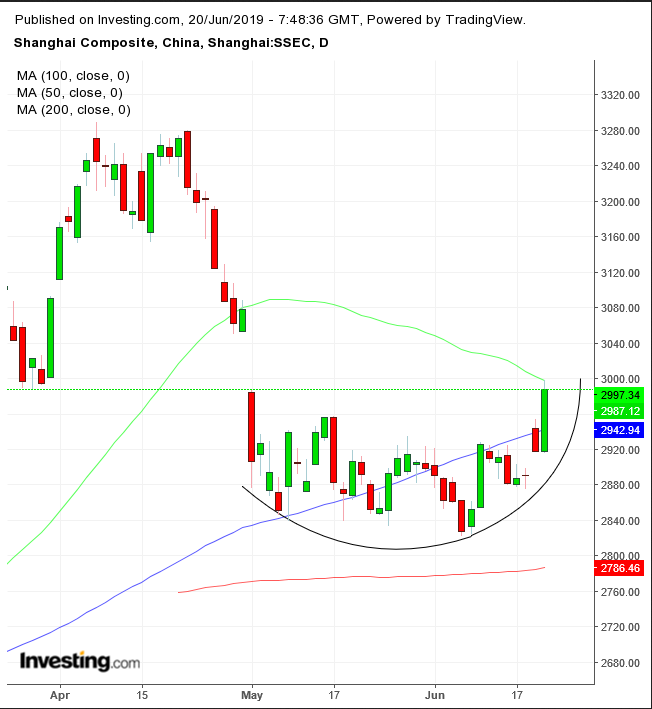 China’s surged 2.38%, outperforming regional peers. From a technical perspective, the Chinese benchmark may be completing a rounding bottom reversal.

Japan’s and gained 0.60% and 0.30% respectively after the Bank of Japan and offered no further signal of easing—thereby flipping global monetary policy dynamics and uncharacteristically making the BoJ more hawkish than the Fed. Japan’s bond futures rose to an all-time high on the announcement, and the climbed along.

On Wednesday, U.S. stocks rallied for the third day on the outlook of cheaper borrowing costs for both companies and investors. Fed board members struck a more dovish tone than expected yesterday, as eight of seventeen deemed it would be appropriate to lower the benchmark overnight rate by up to a half-percentage point this year. Traders are now pricing in a virtual certainty the U.S. central bank , Fed fund futures show.

It should be noted that health care stocks may have gained ground thanks to their safe-haven status: it was mainly defensive sectors that led the charge, with (+0.79%) ranking second-best performer and (+0.71%) and (+0.44%) following suit. Conversely, cyclical stocks including those in the sector (-0.50%) underperformed.

The (+0.42%) outperformed the other U.S. majors, confirming the current tech stock rally.

On the opposite side of the spectrum, the (+0.15%) underperformed on the protracted uncertainty of U.S.-China trade negotiations, mirroring miners’ lag among the SPX sectors.

Overall, equity investors may be exuberant now, but we expect that growing pessimism about the global economic outlook will eventually catch up with them. Companies cannot profit during a contraction. 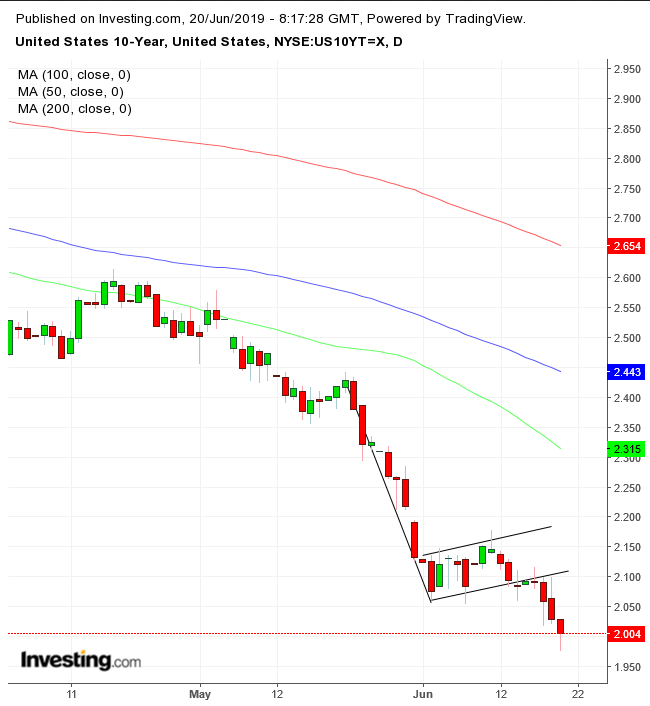 Meanwhile, Treasury yields rebounded above the psychological 2% level after taking a plunge on the Fed announcement, but remain at the lowest levels since 2016. Technically, rates completed a rising flag, bearish in a downtrend, suggesting demand for Treasurys will increase, pushing yields further lower. 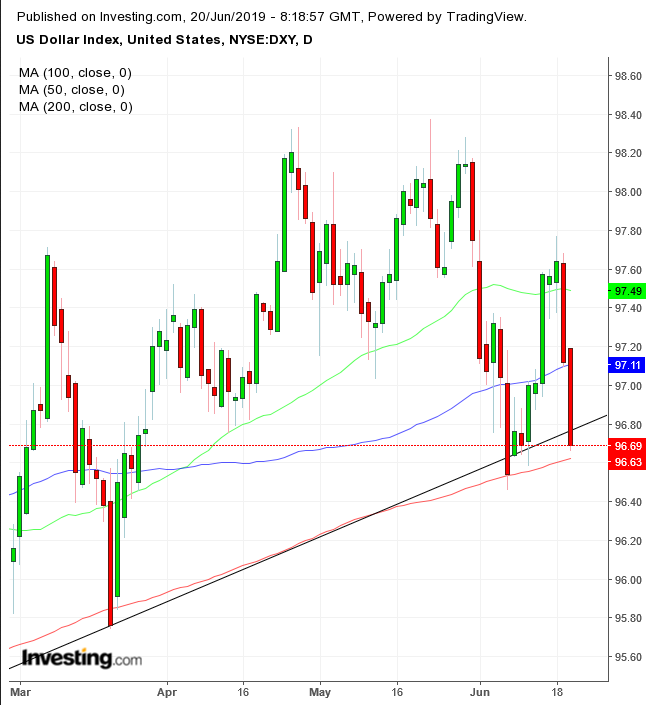 The Dollar Index fell below its uptrend line since September 2018 but remains above the 200 DMA. 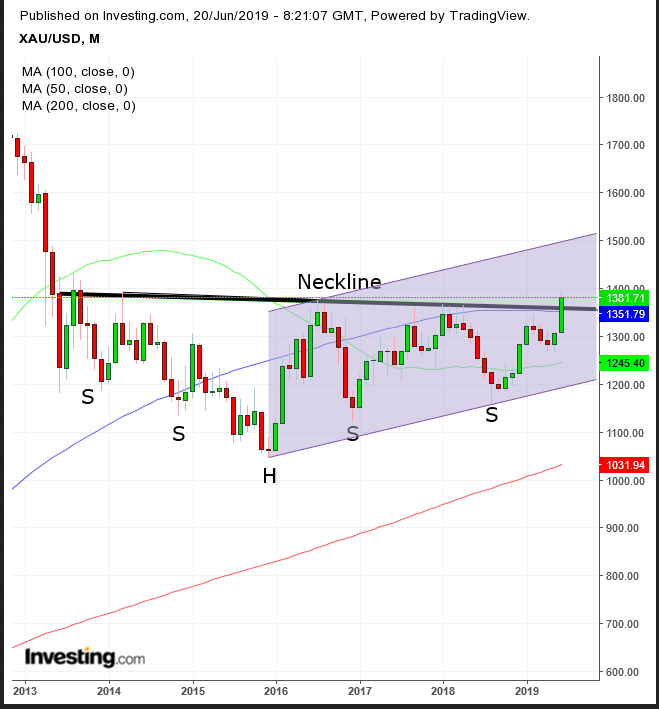 The outlook for a lower-yielding USD helped prices complete a massive six-year bottom and suggesting a secular trend shift.

rallied to above $55 a barrel, hitting a five-week high after a report revealed dropping U.S. crude supplies and record gasoline consumption. Meanwhile, reports that Iran shot down a U.S. drone added to Middle East geopolitical tensions, re-ignited by the Gulf of Oman oil tankers attack last week. However, analysts are pointing to the fact that ongoing fears of dwindling global demand are vastly offsetting these geopolitical headwinds, keeping prices under pressure.

In other commodities markets, , , and joined the global rally.