Equities in Europe and futures on the , and slipped this morning, following a mixed performance across Asian indices. 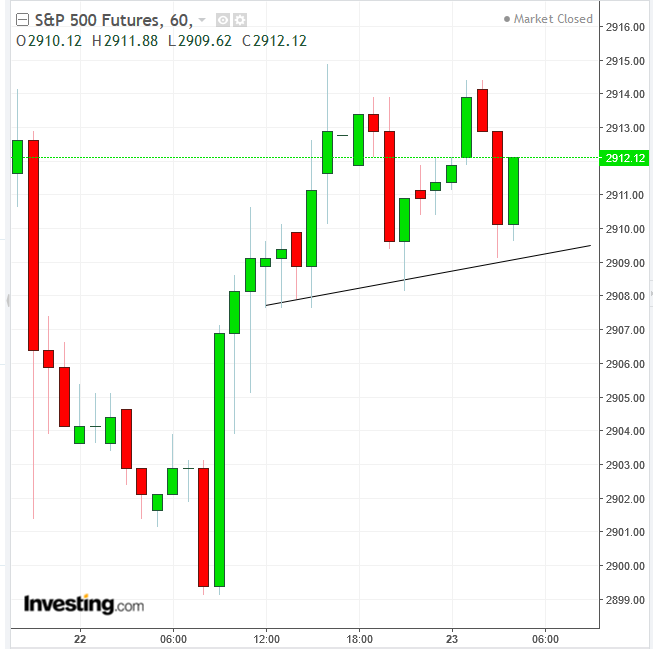 SPX contracts edged lower after rebounding from a slide at the end of the Asian session, thereby increasing the risk of a small double-top to yesterday’s rally.

The halted a seven-day advance at the open, pulled down by builders, which tracked a U.S. slump in the sector on disappointing industry data. Conversely, energy companies were buoyed by a 2.5% jump in prices following the White House’s announcement, on Monday, that it will withdraw waivers on Iranian sanctions. The news helped contain the overall slump of the pan-European benchmark—in line with its effect on U.S. indices yesterday.

On Monday, U.S. stocks managed to seal a gain despite light volumes, with prices reaching the highest close since Oct. 3 ahead of an onslaught of corporate earnings reports.

The eked out a 0.1% gain, with sector performance widely split. shares (+2.11%), which tracked surging oil prices, almost singlehandedly pushed the index into green territory, as the second-best performer, , followed quite far behind (+0.45%). stocks tumbled (-1.10%) after data disappointed expectations, falling to -4.9% in March, against the -3.8% slide analysts had forecast. Technically, the SPX closed 0.77% from the Sept. 20 record.

The dropped 0.49%, faring as the session’s hardest faller. Technically, the small-cap stock benchmark fell to the lowest level since Apr. 9, increasing the potential for a double-top reversal. 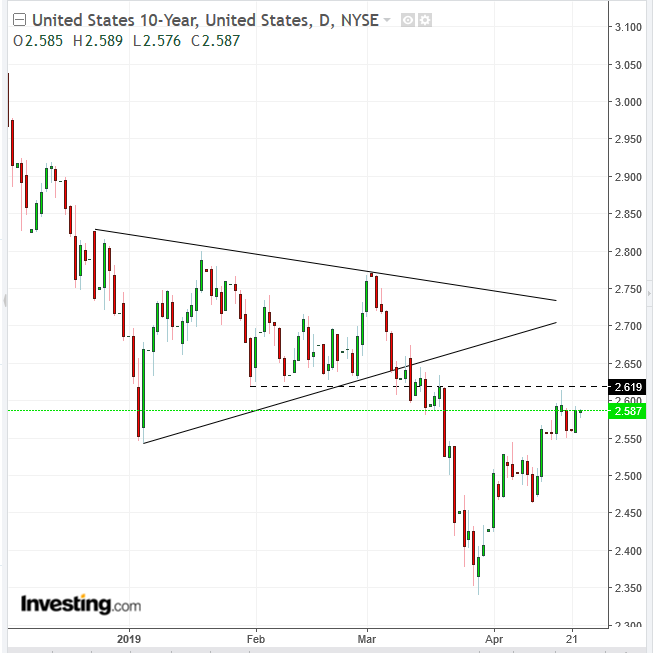 Meanwhile, the yield on Treasurys struggled to maintain its monthly high levels, after last Wednesday’s shooting star confirmed the resistance of the bottom of the Jan. 31- Mar. 11 trading range. 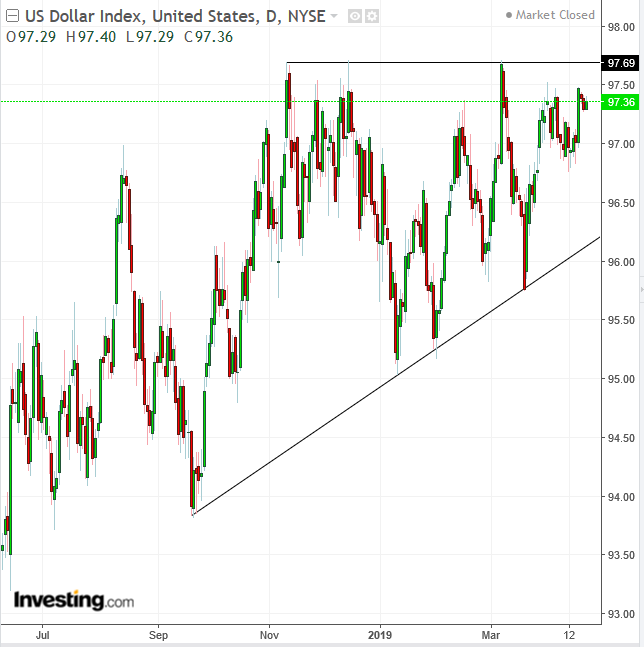 The bounced back from a two-day selloff, toward the top of an ascending channel.

On the other side of the Atlantic, European sovereign bonds ticked lower with the .

Overall, earnings results from the world’s biggest technology companies (see details below) will likely monopolize investor attention this week, along with first-quarter U.S. figures out on Friday. However, global central banks’ monetary policy will continue to be the biggest catalysts for stocks, after their recent dovish tilt boosted global equity prices.

In commodities trading, yesterday’s oil price leap completed a pennant continuation pattern, with a conservative inherent target—based on measuring the previous sharp move—of about $67. This may be preceded by a return move, to retest the pattern’s integrity and, with it, the uptrend.

From a fundamentals perspective, China remained defiant against U.S. sanctions on Iranian oil and analysts don’t see prices rallying despite the reimposition of the ban.