European shares slid lower alongside futures on the , Dow and NASDAQ 100 this morning, spoiling chances for a six-day rally after markedly downbeat German factory orders reinforced the outlook of a European slowdown and mixed earnings results failed to reassure investors that momentum is not abating.

U.S. President Donald Trump’s State of the Union address on Tuesday, lacking signals of any progress on trade talks with China, also fell short of shoring up market sentiment.

The STOXX Europe 600 opened lower, unable to overcome a resistance line since mid October. BNP Paribas (PA:) (PA:BNPP) dragged bank stocks lower after the French lender cut its 2020 target—though still beating full-year profits estimates—adding to the weight of broader corporate soft guidance which has been clouding the market since the end of last year. The pan-European benchmark later managed to crawl above neutral levels.

The earlier Asian session once again saw thin trading amid Lunar New Year holidays. However, Trump’s comment on a two-day summit with North Korea leader Kim Jong Un at the end of the month boosted Japan’s by 0.14 percent, even amid a yenrally. A stronger currency typically weighs on stocks, making a country’s exports less competitive in a global market that is already hyper sensitive to trade jitters.

In Tuesday’s U.S. session, equities climbed for the fifth straight day, as gains in the technology sector outweighed a retreat in financial shares, triggered by falling Treasury yields. Trading volumes, though, remained low. 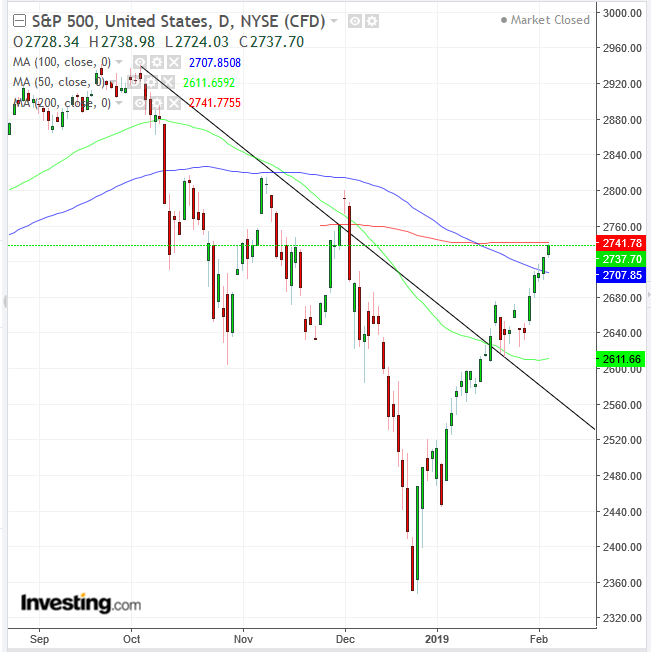 Earnings and economic data were mixed, giving investors little to trade on ahead of Trump’s address to the nation. Trading volumes were 15 percent below the 30-day average, raising questions as to how representative of the broader market recent price moves are. Meanwhile, the SPX tested the 200 DMA, only to retreat.

The snapped a 0.74 percent gain, outperforming its peers. The tech-heavy index extended a climb above its 100 DMA for a second day, but remained below its 200 DMA. Marquee tech stocks have been advancing nicely since the beginning of the year, but some software shares are the hiddent gems of the sector.

Overall, global equities are nearing levels not seen since November, in part spurred by the Federal Reserve’s tilt toward a neutral policy stance. Further clues on what 2019 holds for the stock market may come on Wednesday from Fed Chairman Jerome Powell’s first public comments following the January meeting and interest rate decision. 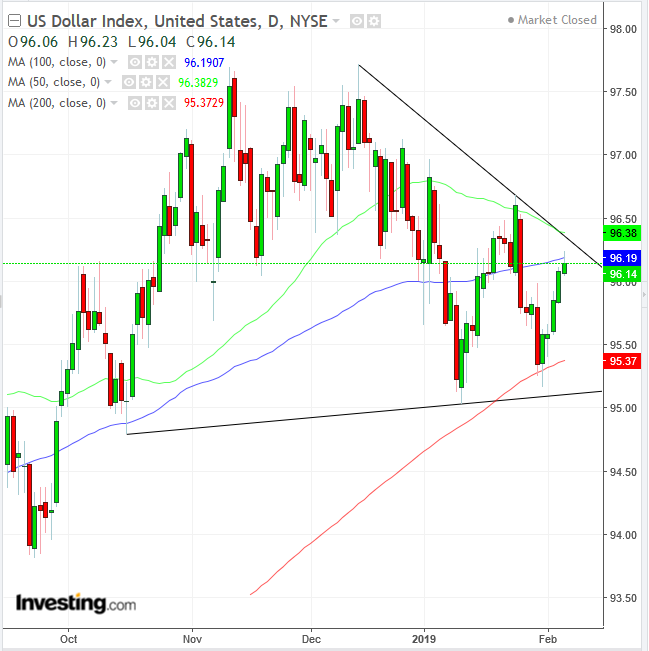 The yield on 10-year Treasurys dropped for a second day, in line with upbeat risk assets, which helped the dollar seal its fifth consecutive daily rise—though the USD found resistance by the 100 DMA and a downtrend line since December 13, giving up some gains. 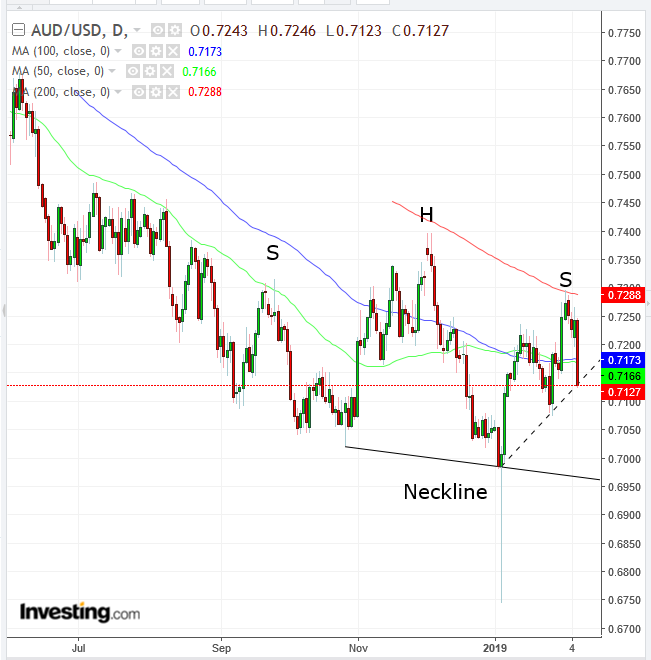 The Australian dollar tumbled after Reserve Bank of Australia’s chair Philip Lowe signaled a shift to a neutral stance on policy. Technically, the found support by an uptrend line since the beginning of the year, as it seems to be forming an H&S Continuation pattern, bearish in a downtrend.

In commodities news, Iron ore rallied toward $90 a metric ton after Brazilian multinational mining company Vale (NYSE:VALE) declared force majeure on a number of futures contracts after being ordered to suspend operations in one of its key mines in Minas Gerais state—thereby raising the prospect of a supply deficit this year. 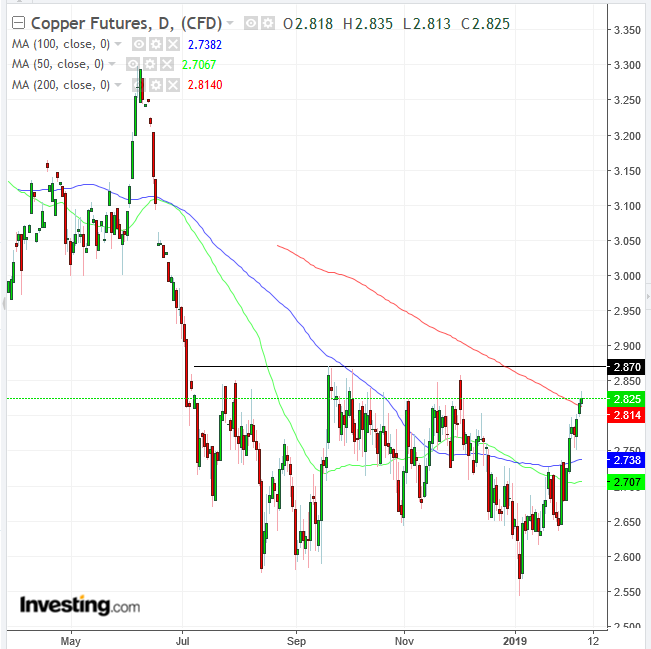 climbed to its highest level year-to-date, crossing over the 200 DMA and approaching levels that would signal a bottom.

WTI crude continued to slip below $54 a barrel on rising inventories. Technically, the price fell back below the neckline of an H&S bottom. Meanwhile, reported efforts by Saudi Arabia to lure Russia into a formal joint cartel group to control oil exports and prices may be set for failure.