Stocks in Europe reversed their climb this morning and futures on the , and partially trimmed an earlier leap fueled by news that Chinese importers, crucial to the export business, had resumed buying American crops. The extended a rally after UK Prime Minister Theresa May won a confidence vote, warding off an immediate deadlock on Brexit proceedings.

An early gain in the was led by bank shares, as hopes for a compromise between Italy and the EU over the Southern European country’s budget offset the risk to the continent’s financial system stemming from Brexit uncertainty. German automakers also helped the pan-European benchmark higher, as the sector stands to gain the most from US and China’s tariff cuts. However, an initial, near 0.4% advance turned into a 0.25% drop, where the index was trading at the bottom of the session. A close at this level would form a bearish shooting star candlestick.

Asian indices flashed green across the board thanks to the improved trade outlook, with Chinese stocks outperforming. Hong Kong’s jumped 1.29 percent, while the mainland sealed a 1.23 percent advance.

In the US session, the , the and the rebounded and the extended its gains to a second day, as geopolitical developments boosted market confidence—though all majors ended well off their highs. 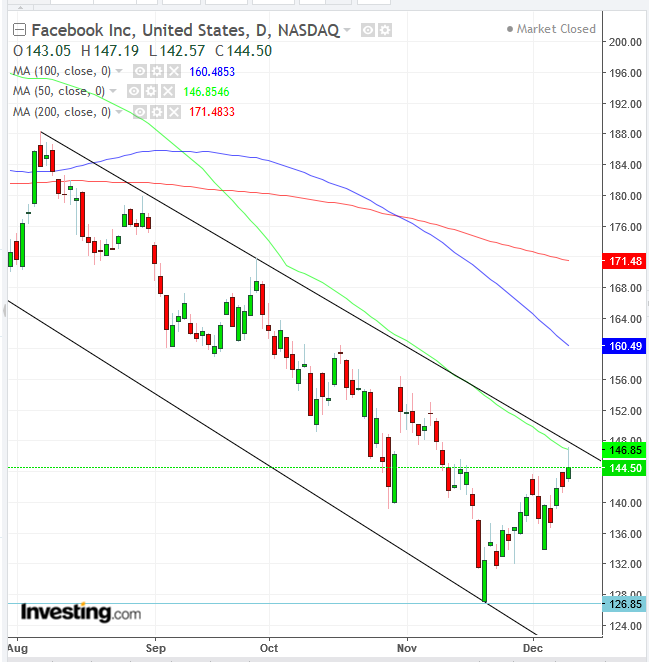 CNBC’s Mad Money host Jim Cramer said Facebook stock has bottomed, thanks to the social media company’s guidance for additional spending on digital media and its recent $9 billion share buyback announcement. Technically, Facebook formed a shooting star at the top of a descending channel, guarded by the 50 DMA, suggesting it would retest its $126.25 trough, posted November 20, its lowest level since Jan. 12, 2017.

The Dow Jones Industrial Average edged 0.64% higher, but it was the NASDAQ Composite (+0.95%) that outperformed, as risk and technology stocks moved once again to the forefront. 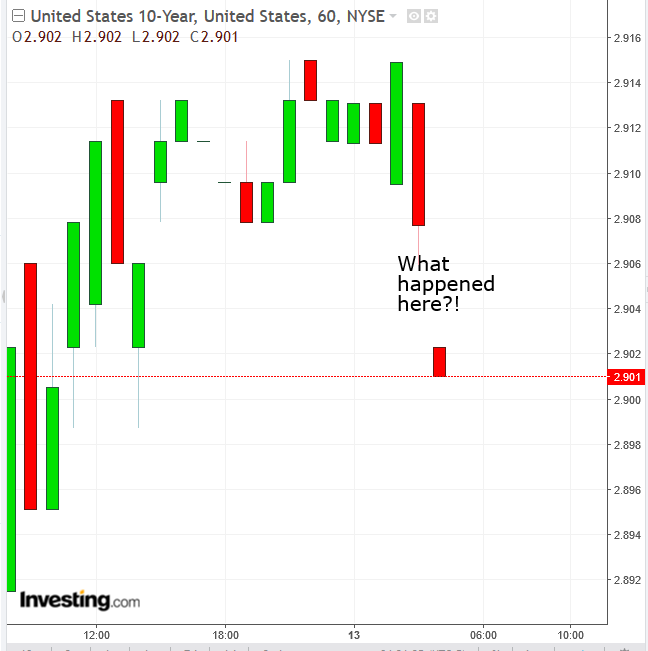 This morning, the yield on Treasurys tumbled between 3:00 and 4:30 EDT, from 2.915 to 2.90, paring the gains of the previous three-day climb, when investors rotated out of government bonds and into equities. Are they backpedaling today, underpinning the bearishness signaled by US stock futures? 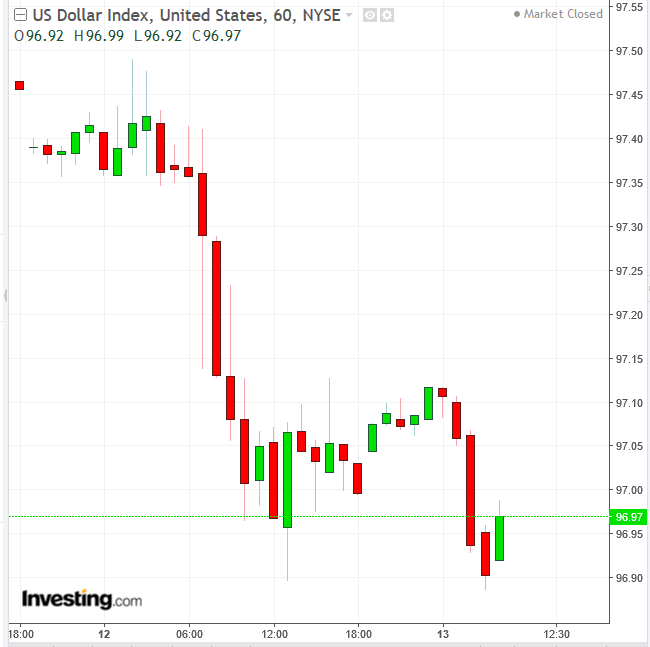 Meanwhile, the rebounded around 4:00, suggesting foreign investors bought the US currency to purchase Treasurys—a move that coincided with the decline of both European stocks and US futures in the early European session.

slipped below $51 a barrel today, after turning yesterday’s gains into losses, per our forecast based on the technicals, as a smaller-than-expected decline in U.S. crude renewed fears of a global glut.