Shares in Europe leaped forward and futures on the , and bounced back this morning amid mixed corporate earnings and thin Asian volumes. Sovereign bonds and currencies drifted.

The gained ground for the sixth straight day, led by a rally in energy stocks after (LON:) joined a string of oil companies beating earnings expectations. This offset pessimism stemming from other companies posting softer guidance, such as chip suppliers (DE:) and (SIX:). Are investors refocusing on results and beginning to disregard pessimistic forward outlooks?

During the earlier Asian session, regional shares were mixed, as most markets were closed for the Lunar new year. Australia’s surged 1.95 percent, staging the biggest advance in over two years as financials rallied after a probe into banking malpractices stepped short of prescribing forced break ups or tighter lending rules. Japan’s fell 0.19 percent, closing in the red for the first time in four sessions, dampened by mainstay stocks’ poor performance.

Yesterday, U.S. equities closed higher for the fourth straight day, helped by gains in the technology sector amid thin trading and ahead of another round of earnings reports.

The climbed 0.68 percent, closing at the highest level since December 3. However, it’s important to note that the advance does not necessarily reflect the broader market, as it was based on volumes 20 percent lower than the 30-day average. Nine of the eleven sectors closed in positive territory, with (+1.6 percent) leading the charge, followed closely by (+1.29 percent). (-0.29 percent) was the day’s laggard, followed by (-0.17 percent). Technically, the SPX closed at the top of the session, after crossing above the 100 DMA but below the 200 DMA.

The gained 0.7 percent, also closing at the session’s high, after it crossed above both the 100 and 200 DMAs on Monday. 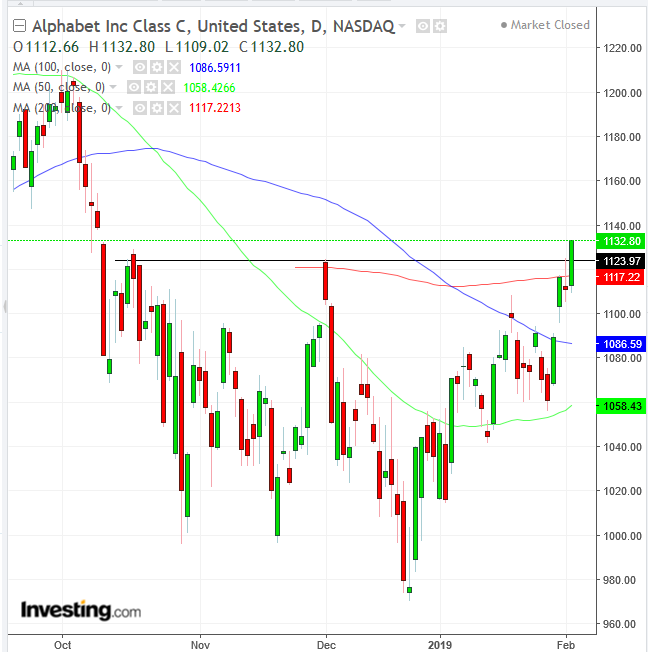 The leaped 1.15 percent higher, with NVIDIA (NASDAQ:), Adobe (NASDAQ:), Microsoft (NASDAQ:) and Apple (NASDAQ:) all ticking higher. Alphabet (NASDAQ:) sealed a 1.99 percent advance—breaking through the 200 DMA, bottoming out and closing at the very top of the session ahead of the company’s closely-watched .

The ranked second among U.S. majors (+0.71 percent), even amid broad optimism that the U.S. and China will soon come to a diplomatic resolution on trade. 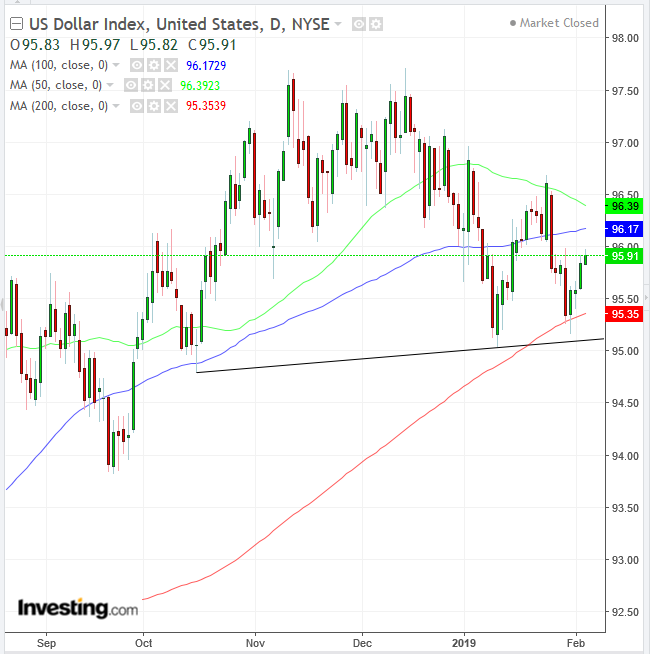 Perhaps, the current small-cap upbeat performance derives from a stronger , which weighs on multinationals’ shares. However, that doesn’t explain why small caps have been outperforming for months. Moreover, industrials shares were the second-best performers after tech stocks on Monday, weakening that argument. Technically, the greenback rebounded, sealing a three-day advance, after landing on the neckline of a H&S top and the 200 DMA. 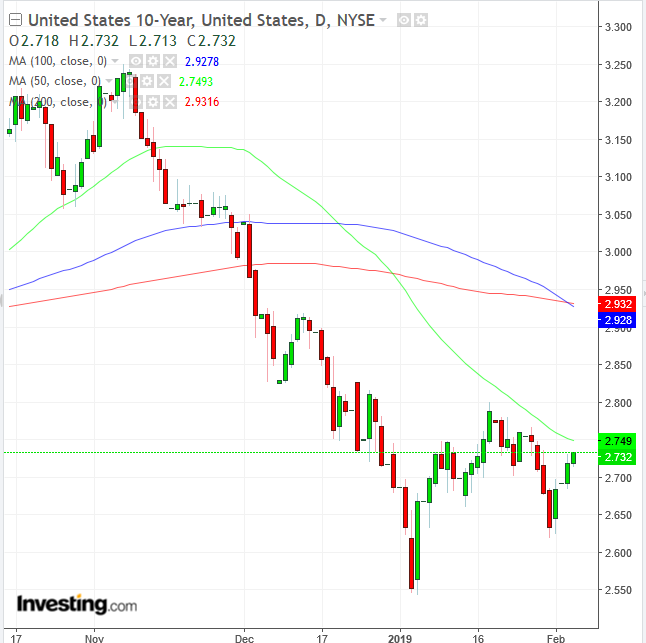 Yields on Treasurys also climbed for a third day, maintaining a positive correlation with the dollar since Friday’s beat. The price closed below the 50 DMA, after the 100 DMA crossed below the 200 DMA. This layered resistance projects that of the rate that challenges the January 18 highs of 2.8 percent. Should yields post a higher peak, it would indicate a bottom reversal.

Meanwhile, investors must weigh up a perceived on one side and strong U.S. labor data on the other. The relative calm in markets amid thin volumes belies an undercurrent of uncertainty as trade negotiations between the U.S. and China remain unresolved and the U.S. itself is drifting toward another government shutdown. HSBC analysts said that signals from the U.S. Treasuries yield curve suggest volatility ahead, while it seems corporate results are no longer beating estimates in the numbers they once were. 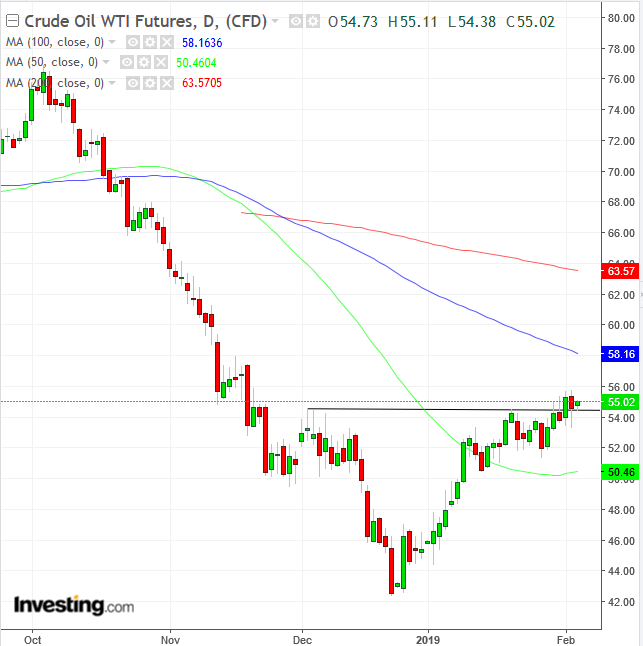