US futures on the , , and were all trading lower ahead of the US open on Thursday even as European stocks climbed for the second consecutive day. Rrobust earnings reports drove the gains, ahead of an upcoming, closely watched interest rate policy decision by the ECB.

Oil and Bitcoin remain on a downward trajectory.

The market continues to seesaw between two opposing themes: the belief that that an economic recovery will produce positive inflationary growth versus the concern that rising inflation as the economy restarts would weaken consumer’s purchasing power and therefore pull the rug out from under a recovery that was not yet on its feet.

In the background, the virus persists, with the world’s largest single-day spike, as India records over 300,000 new cases. At the same time, vaccination programs are not rolling out as quickly as envisioned, due to possible side effects from the Johnson & Johnson (NYSE:) vaccine, millions of vaccines potentially contaminated and the EU preparing to sue AstraZeneca (NASDAQ:) for not delivering promised vaccine doses.

US contracts have been fluctuating between positive and negative territory. Russell 2000 futures earlier outperformed though that’s now flipped as Dow futures take the lead.

The Index was heading back toward record highs, led by food and beverage companies that were boosted by Nestle’s (SIX:) results which obliterated expectations. The Swiss food giant double the number of estimated sales on increased delivery services to consumers stuck at home during pandemic lockdowns as well as restaurants stocking up in preparation of reopening as lockdown restrictions were lifted. 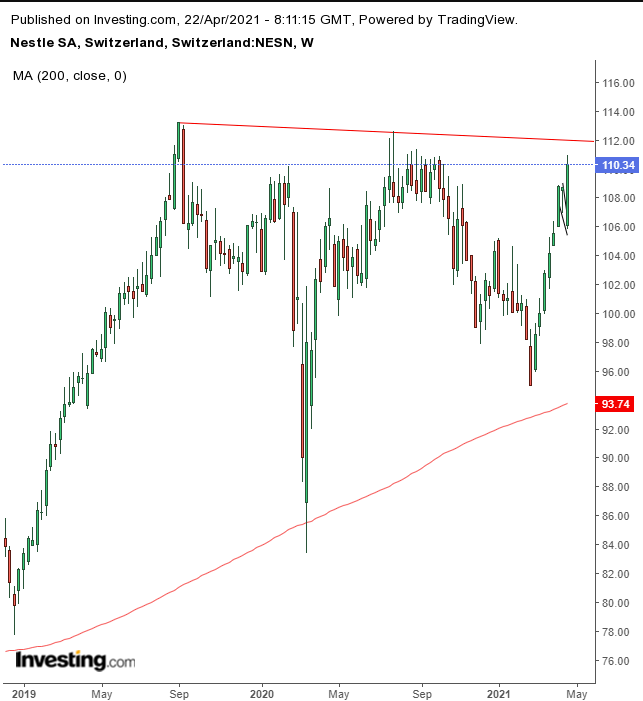 Nestle surged 3.4% on the Swiss stock exchange, completing a bullish flag, propelling the price toward the neckline of a massive continuation H&S pattern since Sept. 2, 2019.

Swedish automaker Volvo (ST:) added 4.6% after outperforming market expectations on core its thanks to growing demand, another sign of a return to a normal economy and in support for the reflation trade. Technically, however, the stock is displaying obvious weakness. 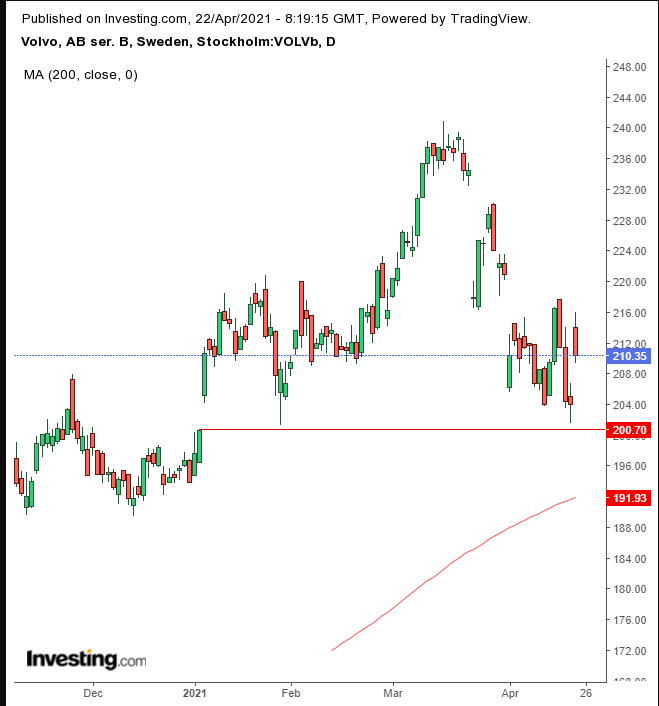 While Volvo shares did jump, the stock remained within a congestion that could be the right shoulder of a H&S top.

On the other hand, Swiss lender Credit Suisse (SIX:) dropped 5.7% after it reported a 757 million ($1.1 billion) pre-tax loss in the first quarter as a result of its exposure to the overleveraged family fund, Archegos Capital, which collapsed.

US stocks rebounded on Wednesday, ending the first two-day drop in about a month, with value stocks outperforming, as materials led the charge with a 1.8% gain, followed by financials and industrials adding 1.4%. Technology gained only 1% and communication services including giants Google (NASDAQ:), Facebook (NASDAQ:) and Netflix (NASDAQ:), which experienced incredible growth during the height of the pandemic, also inreased slightly.

Revenue forecasts for the , itself a reflationary gauge as most of its constituents are domestically listed firms, expect the small cap index to outperform many ‘growth’ sectors.

According to forecasts from Bloomberg Intelligence, the materials and processing sector is expected to be one of the top performing sectors, with revenue forecast to increase by over 35%, while technology is languishing on the bottom with forecasters expecting revenue to slip over 20% yoy. 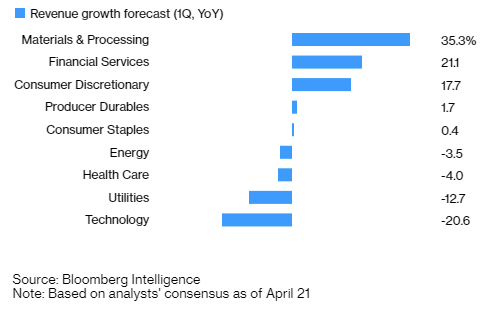 Meanwhile, yields, including on the Treasury note—which have boosted the relation trade—fell for the third day, after the Fed seemed to convince investors that inflation wasn’t coming. 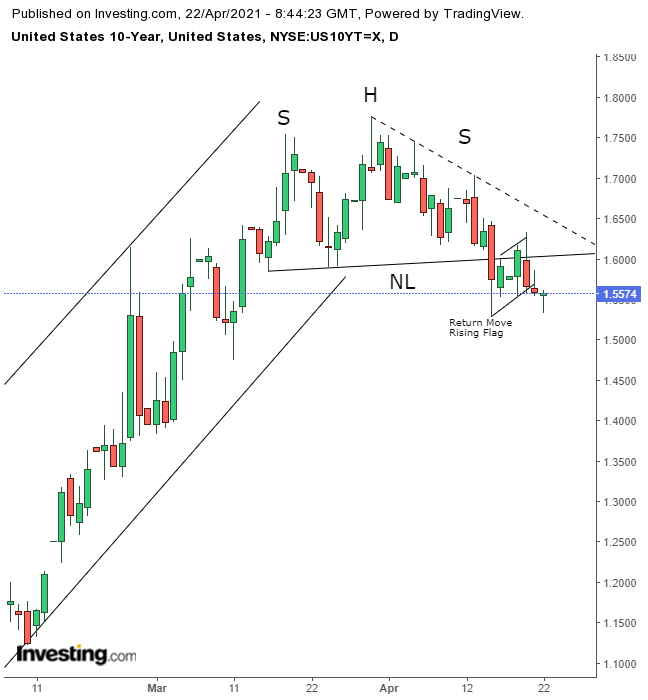 The recovered from a second day loss and was flat.

edged lower while continued its slide, reaching its lowest level since Mar. 25.

extended its losing run after inventories increased for the first time in four weeks, sparking concerns over demand. 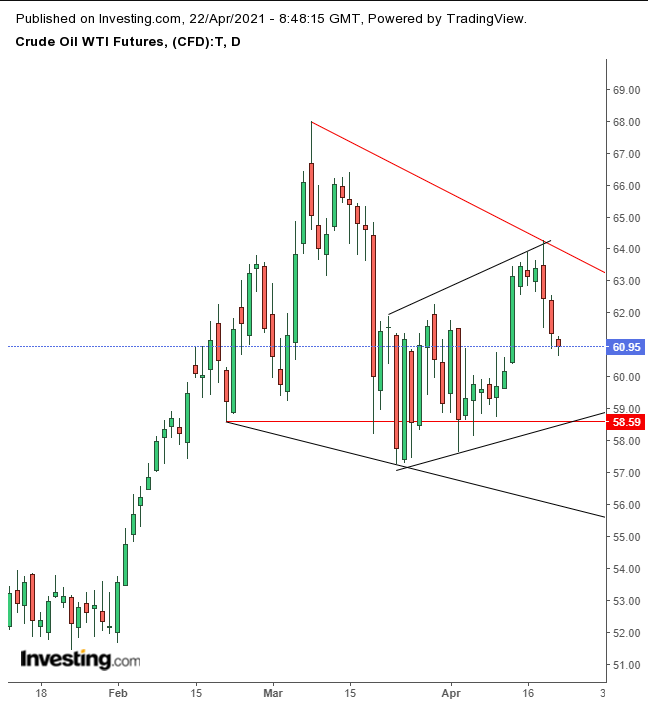 WTI fell for the third consecutive day, for the first time in over a month, as it potentially forms a top.