This morning European equities resumed their selloff, picking up where they finished before the weekend. US futures for the , and seesawed between gains and losses after a mostly positive Asian session kick-started the market week.

Investors are now hanging their hopes on the US Federal Reserve, ahead of the central bank’s final this year. Traders, for their part, are approaching the end of a volatile year with some trepidation that softer corporate guidance for 2019, released during the most recent quarter, will become the reality along with a slowing global economy. Ahead of the Fed, yields steadied below 2.9 percent.

The Index opened almost a quarter-percent lower and extended its slide, as of this writing, to just under a half-percent. Retailer shares drove the selloff, pressured down by ASOS (LON:), the British fashion and cosmetic website, which plunged 35% after the retailer reduced its outlook. Italy’s edged lower, even after news broke that the government had reached an agreement on trimming its budget deficit.

Earlier today Asian stocks generally pushed higher, with Japan’s (+0.62%) leading regional benchmarks ahead of China’s annual Central Economic Work Conference which starts Tuesday, and where government officials usually hammer out that country’s economic policies for the coming year. This week’s policy decisions in the US also buoyed regional traders, who allowed themselves a measure of risk.

Ironically, while the trade war was raging, US markets far outperformed Chinese counterparts. Now however, during trade talks, China’s markets are taking the lead. On Friday, US stocks closed at their lowest levels since at least March, as the joined peer indices in correction territory, despite the more positive trade developments.

In stark contrast to US investor sentiment just a few months ago, when bad news had no affect on market exuberance, currently it seems even good news hasn’t helped shake off the pessimism. Last week’s better-than-expected release, along with strong figures, and low haven’t helped.

Investors appear to be weighed down by growing signs of a Chinese economic slowdown, including a softening auto industry, whose sales are on the verge of their first contraction since 1990. 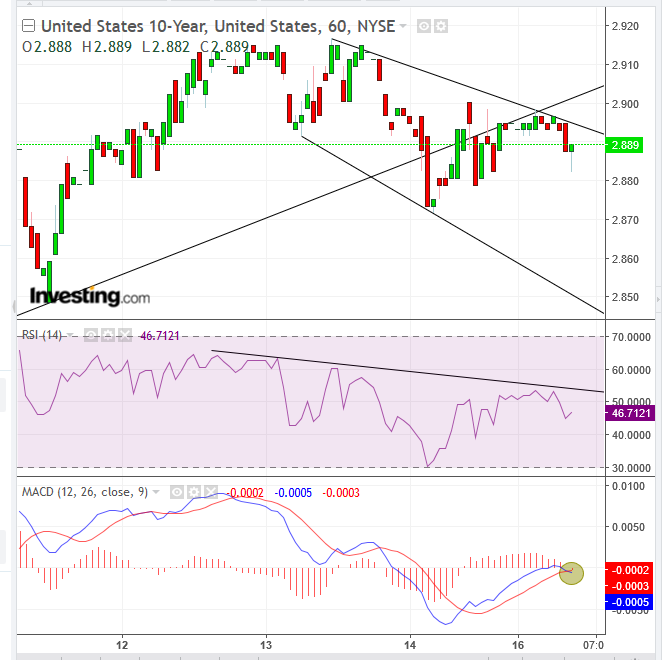 The US Treasury rose this morning. Its yield was pushed down below 2.9%, entering a short-term downtrend. 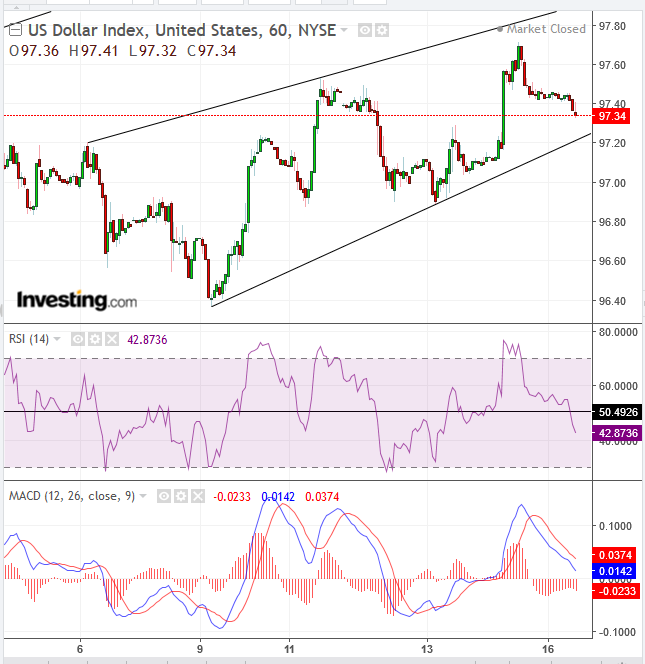 At the same time, the fell toward the bottom of its short-term rising channel. Ironically, however, it held steady versus the safe-haven . It’s become challenging for FX traders to correlate the lack of yen rallies as a diverging indicator to risk-off or to determine with certainty if the US dollar is taking its place as the safe haven proxy.

The dollar is near a 19-month high, with the outlook just ahead for a fourth Fed this year. Naturally, the devil is in the details. As such, Chair Jerome Powell’s language during Wednesday’s will be closely scrutinized for any clues on policy outlook.

Global forecasts for next year have already been downgraded on the heels of both softening data and cautionary messages from major central banks such as the BoJ and ECB, which cut its outlook for growth. Add to that political uncertainty in the US and the endless lack of clarity surrounding Brexit, and investors may need some time to figure out their next moves. The year-end holidays may provide that time. 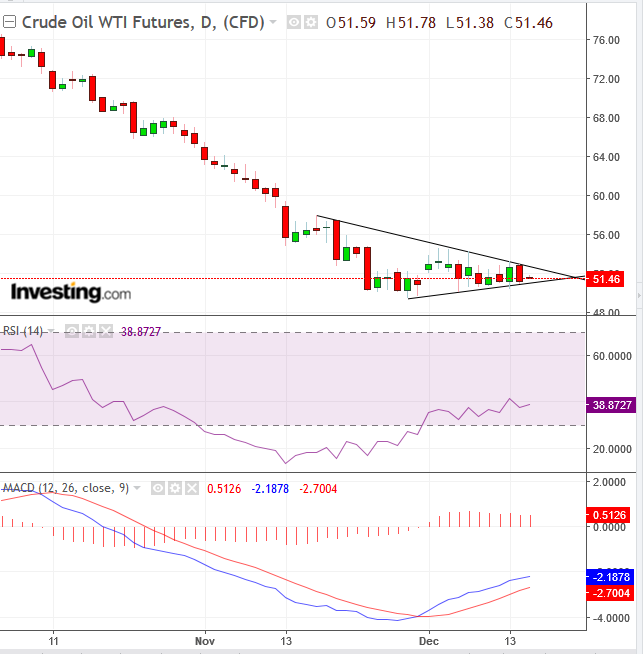 were pressured by oversupply. Investors are afraid an economic slowdown would further reduce demand. Technically, a downside breakout of the pennant, bearish in a downtrend, would signal the resumption of the recent decline. On the other hand, an upside breakout, or even continued range trading through the apex, would nullify the bearish bias.

All numbers accurate at time of writing