Futures on the , , and as well as European stocks retreated on Thursday ahead of key US economic due for release on Friday, as Federal Reserve member, Patrick said yesterday that its “time to think about tapering”. His comments were followed by an interview with former Fed official William Dudley who said that the Fed will probably look at winding down its asset buying by the end of the year.

In Europe, retailers and banks weighed on the Index, capping a two-day advance.

US futures extended the reflation trade formation. While the four main contracts were in the red, the Russell 2000—representing value stocks due to the domestic firms it includes—outperformed, while the NASDAQ 100—which includes the pandemic darlings, big tech—lagged.

Benchmarks in Asia were mixed, as stocks in and were in the red, after it was reported that President Joseph Biden’s plans to amend a US ban on investments in companies linked to the Chinese military. South Korea’s (+0.7%) led the remaining gauges in a rally, ending near record highs, lifted by chip heavyweights and strong foreign buying.

US Treasury yields on the note climbed above 1.61%, and the climbed for the second day. 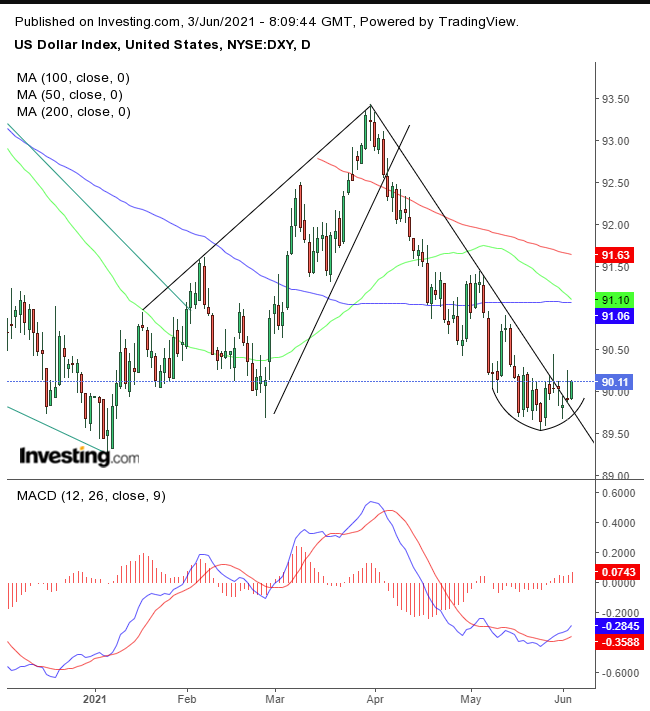 The greenback traded above its downtrend line since the Mar. 31 high, for the first time. Is this the bottom we’ve been waiting for? 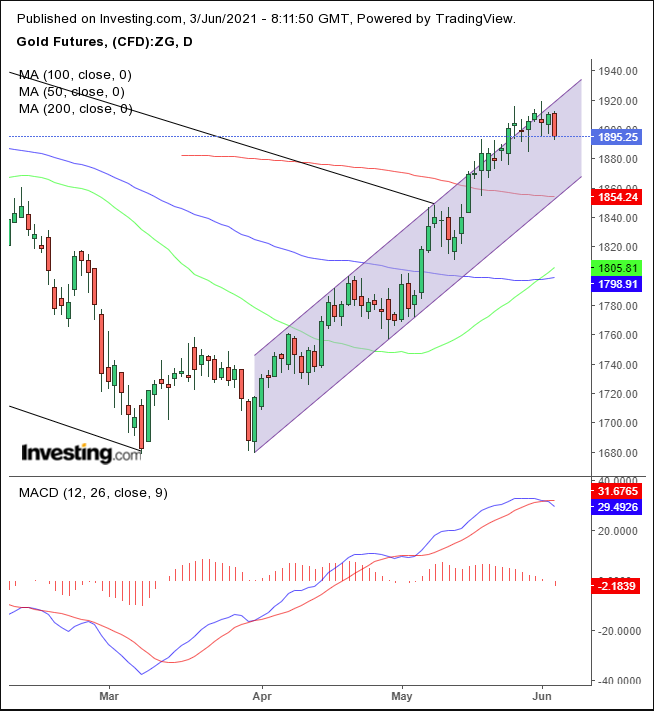 Gold has fallen, finally developing a long, red candle. We have been watching the yellow metal struggle higher as we’ve been waiting for a correction within its uptrend, at least until the bottom of its rising channel, or even to retest the broken falling channel-top since the 2020 record high.

climbed for the fourth of five days. 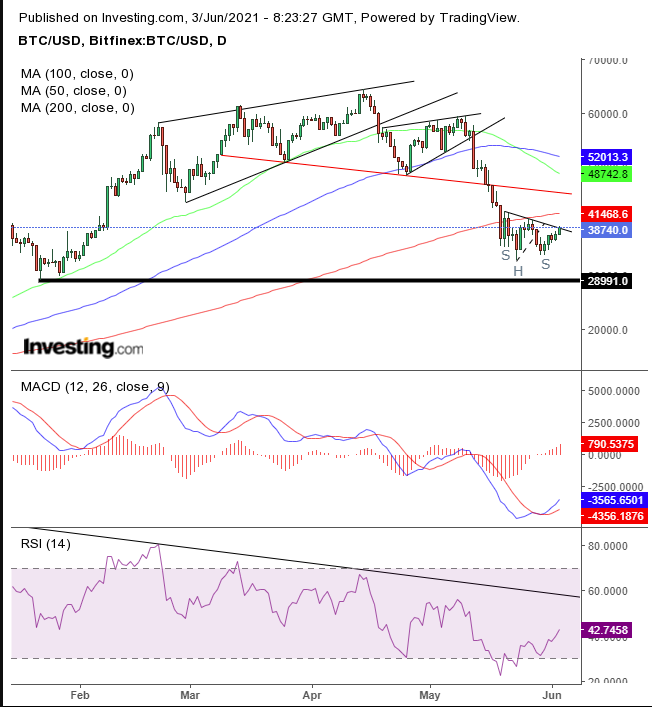 Bitcoin is struggling against the downtrend line of a range since May 20. It peaked above the line and returned below it, demonstrating its significance. If it manages to cut through it, it will have completed a small H&S bottom. The MACD provided a bullish cross, and the RSI is climbing after reaching the most extreme oversold position since the infamous March 2020 bottom—when everything was in a rut.

added to a rally after OPEC+ predicted a tightening market. 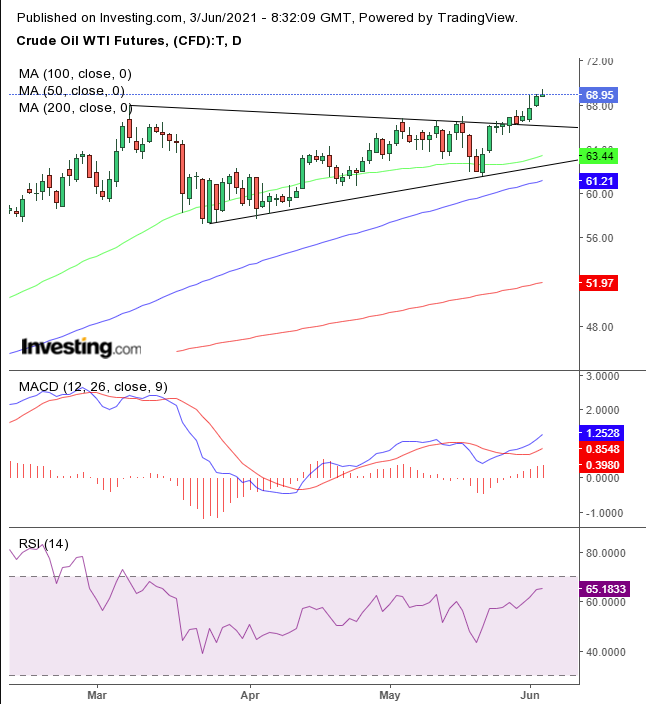 The commodity climbed for the ninth out of 10 days, during which it completed a bullish triangle. We expect the price to continue moving higher.