Futures on the , and found their footing this morning, though European shares took their cues from Asian losses following yesterday’s broad Wall Street selloff. The prevailing risk-off mood meant that, despite the fact that tomorrow’s Fed is weighing on equities, US Treasury yields and the slipped lower while and the gained ground.

After a lower open, the was further pressured by oil stocks, which tracked falling prices. Royal Dutch Shell (LON:) in particular tumbled 1.8 percent on reports it is mulling an $8 billion bid to acquire Texas-based Endeavor Energy Resources—almost half the price at which the US oil producer had valued itself. The pan-European benchmark is trading at the bottom of the session, above last week’s low—putting the index close to a two-year low.

Earlier, during the Asian session, regional indices slipped after investors, already besieged by a barrage of headwinds, were disappointed by the lack of signals about China’s commitment to opening its economy, from the keynote speech by Chinese President Xi Jinping, at the start of the country’s Central Economic Work Conference.

In the US session, all four major indices lost at least 2 percent, with the closing at the lowest level in 14 months on mounting concerns that another rate hike would cause further volatility in a backdrop already clouded by trade wars, Brexit and US government shutdown risks. 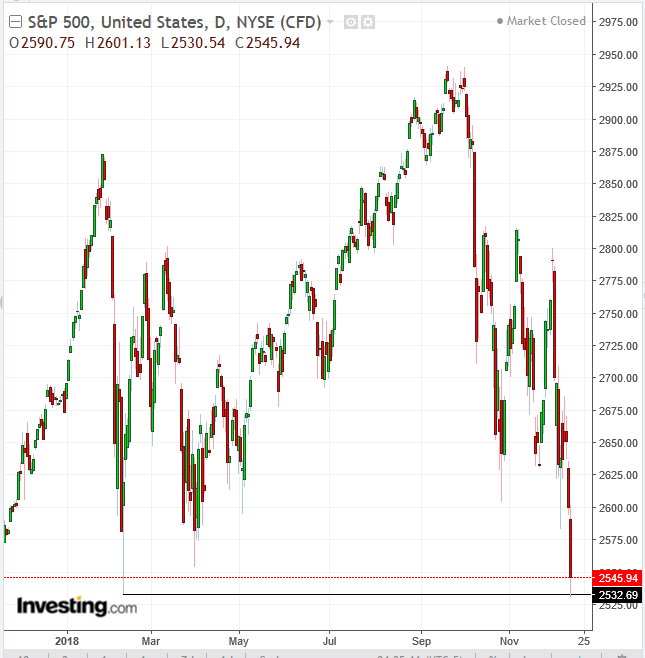 The S&P 500 dropped 2.08 percent, with all 11 sectors deep in the red. (-0.99%) outperformed on the higher rate outlook. (-3.74%), conversely, was the worst performing sector: on one side, higher bond yields would become more attractive than the fixed income produced by real estate investment trusts; on the other side, higher mortgage payments would reduce demand for the sector.

Meanwhile, (-1.99%) dropped after US District Court Judge Reed O’Connor ruled that the Affordable Care Act—also known as Obamacare—is unconstitutional. The Federal Judge maintains that the law can’t stand on its own after Congress repealed the individual mandate, which imposed a tax penalty on uninsured citizens. Molina Healthcare (NYSE:), which provides managed health services, plummeted 16 percent at the open and closed 8.9% in the red, entering both correction territory and a downtrend, after falling below the November 20 low.

Technically, the SPX closed at the lowest level since October 2017. Strictly speaking, its 2530.54 low penetrated the 2532.69, February. 9 low, completing a massive H&S spanning over the entire year. 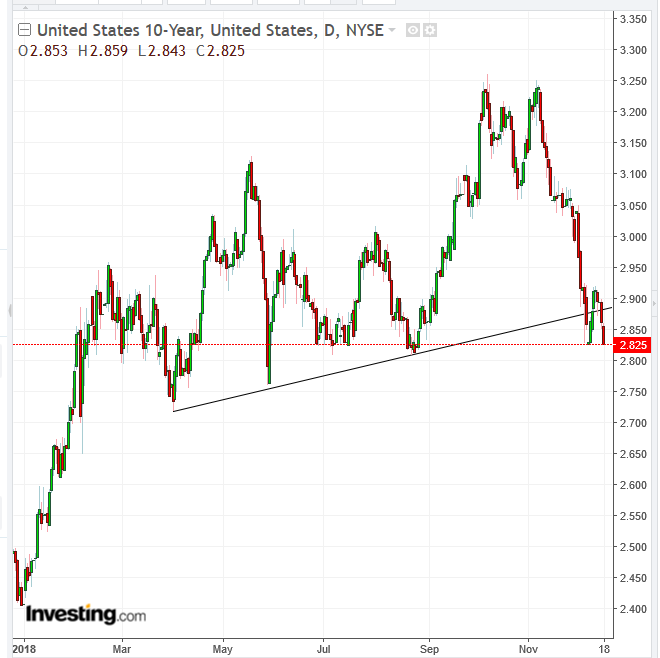 Meanwhile, the yield on Treasurys slid to its lowest level since August, despite the impending rate hike weighing on equities and being yield-positive. It seems that the current risk-off sentiment is outweighing such considerations. Technically, the price extended the downside breakout to a top, suggesting yields would continue falling, as investors increase Treasury holdings, an omen of equities declines. 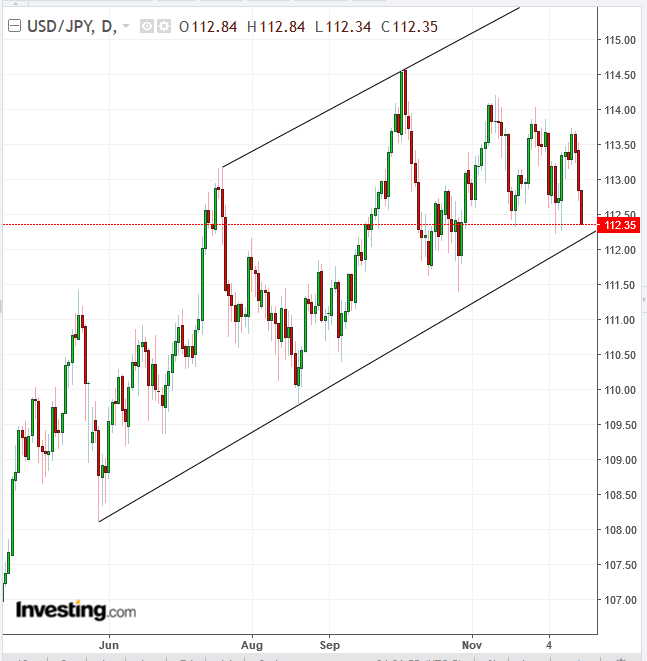 The greenback followed yields lower, despite the fact that a rate hike would also be dollar-positive. The USD selloff fits the pattern of rising Treasuries, yen and gold as safe haven assets. 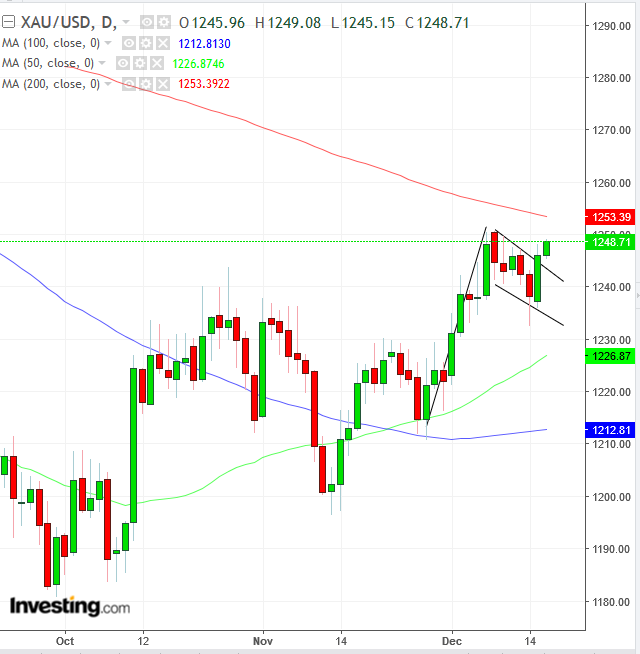 Gold, boosted by both its safe haven status and the weakening dollar, completed a falling flag, bullish in an uptrend, as it takes on the 200 DMA.

Fundamentally, while the US economy is solid, traders seem to have entered a herd formation that tramples any hurdle on its way. This market dynamic is reflected in the charts, as the supply-demand balance is tipping toward a bear market, with the major indices setting up to top out.