Futures on the , and dropped and European shares gave up earlier gains this morning as multiple headwinds seemed to cloud investor sentiment ahead of a crucial G-20 summit kicking off in Argentina tomorrow. The stakes of the summit are running high, with the meeting between US President Donald Trump and Chinese leader Xi Jinping poised to carry far-reaching implications for global markets.

The initially climbed, with all sectors in positive territory, after Fed Chair ’s dovish comments on Wednesday boosted market confidence over a slower pace of interest rate tightening. However, the pan-European benchmark later wavered around neutral levels, suggesting market narrative was shifting to risk-off mode.

Yesterday, US stocks jumped to the most in eight months closing at the session’s high after Powell said that interest rates are “just below” the range of a neutral policy, suggesting the path to higher borrowing costs will slow down or potentially even pause. Eurodollar futures now show the market is only —the equivalent of one rate hike—for next year. 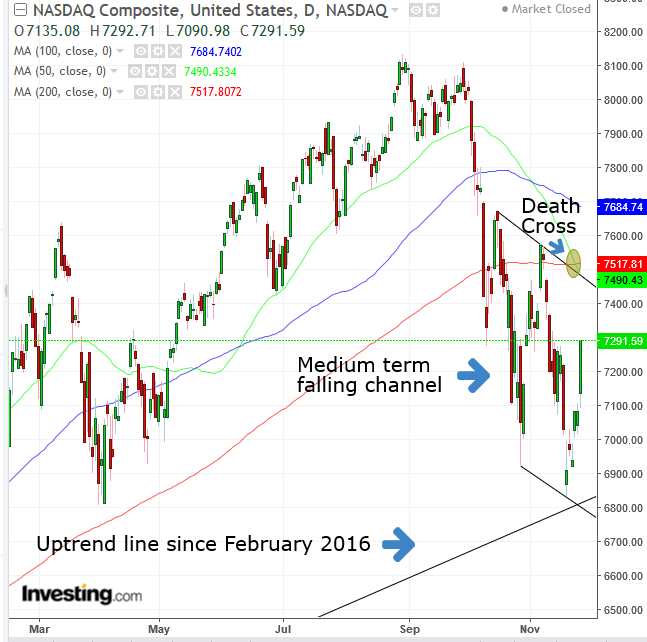 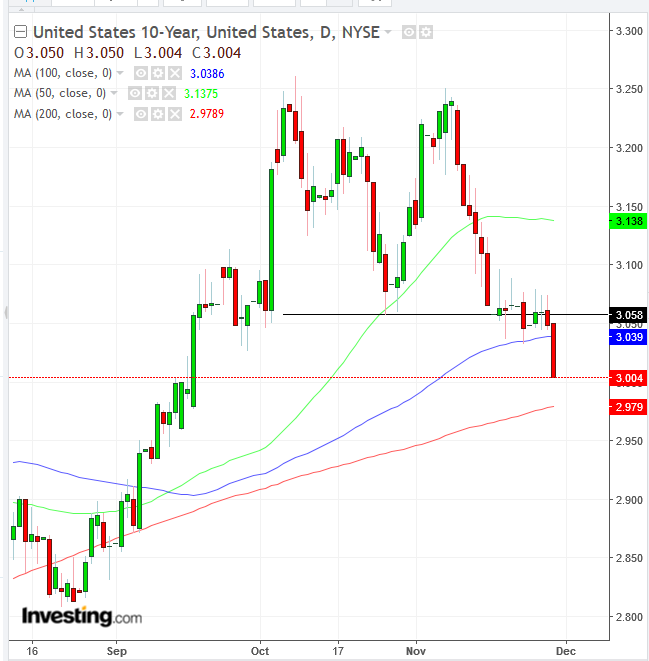 Meanwhile, the yield on fell toward 3 percent on Powell comments while the rebounded from an earlier decline, revealing a bullish tilt despite speculation of a slower path to higher rates.

The ticked higher alongside European government bonds ahead of Italy’s bond auction, which will be watched closely today amid the country’s ongoing budgetary dispute with Brussels.

The price of fell below the key $50 level for the first time in over a year, after Russian President Vladimir Putin said he’s comfortable with current prices, casting doubts over the ability of OPEC + producers to curb supply. An unexpectedly large increase in US also impacted prices – though WTI was seen climbing higher by late European morning.