European shares and futures on the , and edged higher this morning, helped by positive reports from both the People’s Bank of China (PBoC) and the European Central Bank (ECB). Chinese policymakers injected record sums into the country’s financial system on Wednesday, in line with Tuesday’s pledge to stimulate the country’s economy in the face of the recent trade war fueled slowdown. ECB president Mario Draghi reassured European markets by posting a positive outlook for the eurozone, whose economy, he said, will head off a full-fledged recession.

However, positive signals regarding the broader economic backdrop failed to reach UK markets, where shares lagged and whipsawed ahead of a no confidence vote on Prime Minister Theresa May’s leadership. The British PM suffered an historic 432-203 parliamentary defeat on Tuesday, reflecting the widely unpopular Brexit deal she brokered with EU officials. 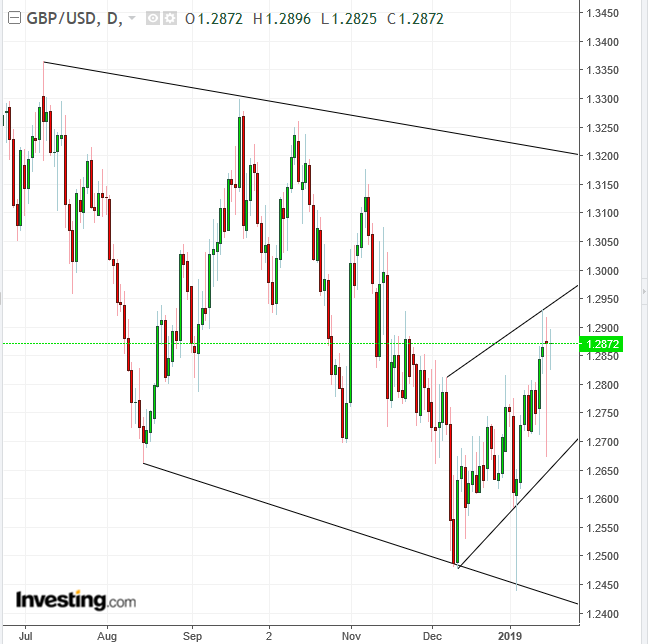 Cable took a wild ride yesterday, with prices ranging almost 2 percentage points between the intraday high and low, though it finished the day higher. The bounce from the extreme bottom to the final gain suggests that the pronounced parliamentary defeat for May’s Brexit proposal was priced in, and perhaps even hoped for. Technically, sterling faces the resistance line of its short-term rising channel within a long-term falling channel. 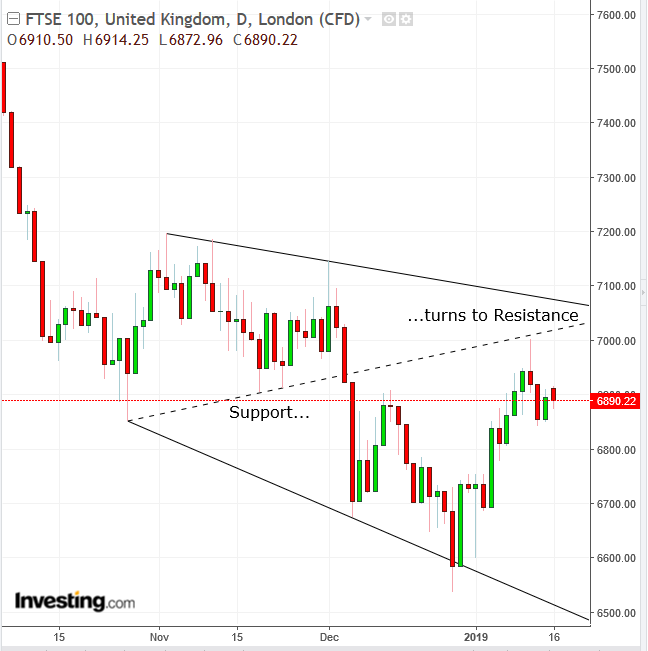 Heightened political instability in the UK meant that, while the gained ground for a second day this morning, with banks and miners in the lead, the bucked the trend and turned lower. Technically, the UK benchmark index found resistance at the top of its trading path since early November. 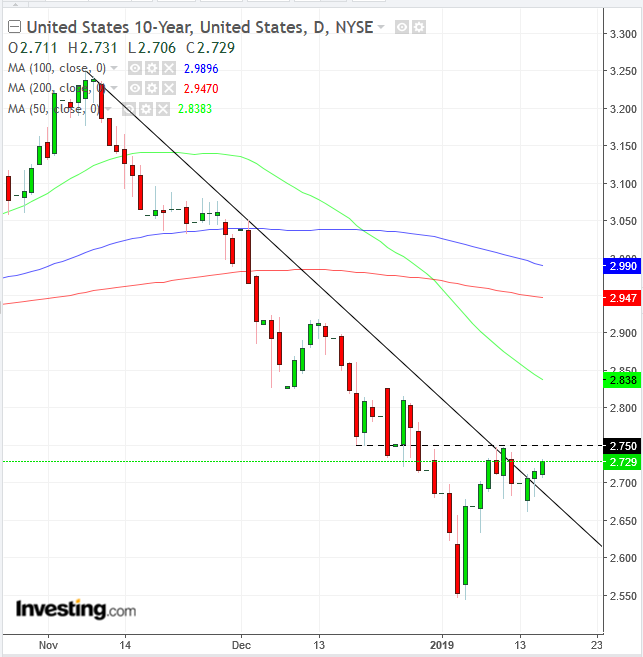 Meanwhile, investors sold off bonds to increase stock holdings, pushing Treasury yields to 2.750, above the January 10 high, though they eased back later in the session.

Conversely, the and inched higher, mainly on weakness rather than because of a broader risk-off shift. This is also confirmed by the fact that stocks are on the rise, alongside bond yields. However, gold retreated slightly and the USD re-gained some ground in the late European morning.

In the U.S. session, technology shares led a rally fueled by Chinese plans for additional stimulus. The jumped 1.07 percent—the most in over a week. (+1.8%) outperformed, likely helped by the news that Microsoft (NASDAQ:) and Walgreens (NASDAQ:) will join forces to streamline services in the health care market. (-0.66%) and (-0.31%), the two most sensitive sectors to trade jitters, were the only sectors closing in the red. We’d expect the ‘trade-resolution proxy’ shares to outperform, amid what could be seen as the most promising phase of negotiations yet since the tariff tit-for-tat erupted in March last year.

Besides, we have already shown how the normal market structure—via sector causations and correlations—has broken down, which is typical before a top amid a lack of leadership. Is this more of the same? Or, perhaps, yesterday glitches in trade-sensitive stocks were driven by reports that U.S. Trade Representative Robert Lighthizer sees no headway on the “structural issues” in the U.S.-China negotiations?