Hopes that a dovish Fed would infuse confidence in growth boosted futures on the , and as well as European shares, which edged higher this morning, after a mixed Asian session. The selloff, which had sent shockwaves across global markets, also eased.

The climbed 0.28% at the open, with banks and pharmaceutical companies leading the gains, after a three-day rout sent prices to a near two-year low and shaved 12.06 percent of value off the pan-European benchmark. Bulls temporarily found resistance as bears increased supply, paring gains to 0.15 percent, but the index then resumed its climb to about 0.46 percent in the late European morning.

The pharmaceutical sector was boosted by a 5.7% jump in GlaxoSmithKline (LON:), after the British multinational drug maker announced a joint venture with Pfizer’s (NYSE:) consumer health division as well as plans to split into two businesses: one dedicated to prescription drugs and vaccines, the other arm focused on over-the-counter products.

During the earlier Asian session, most regional stocks ended lower, after disappointing Japanese added to traders’ defensiveness ahead of the Federal Reserve’s . Falling energy shares, fueled by oil price jitters also contributed to the selling. Japan’s slipped 0.60 percent lower. China’s tumbled 1.05%, weighed down by a rout in healthcare stocks due to concerns of a new drug procurement policy. Also, Softbank’s (T:) telecom unit slid 15 percent below the price of its IPO—the world’s second largest after Alibaba’s (NYSE:)foray into the public market—an underwhelming debut. 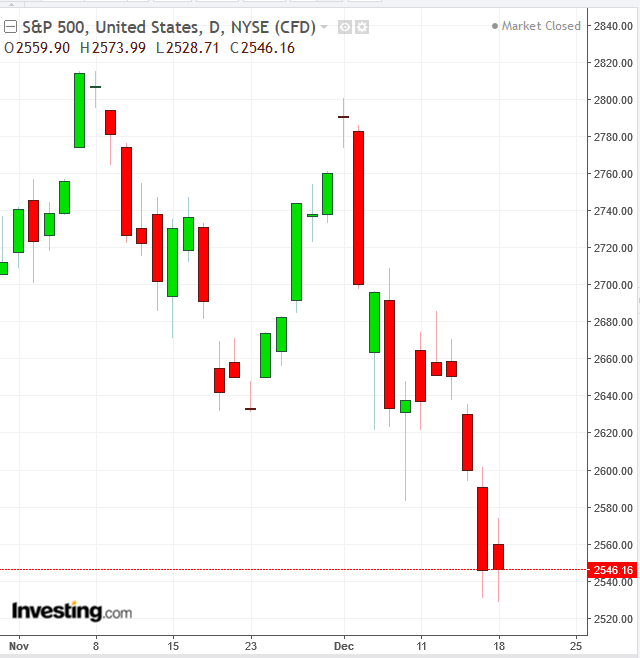 Yesterday, US stocks failed an attempt to rally from a 14-month low on increased , ending the session mostly unchanged. The closed flat (+ 0.01%) after a 0.55% higher opening—in line with upbeat futures trading—and intraday swings between a 1.1 percent advance and a 0.68 percent drop.

However, bulls may focus on the fact that yesterday’s failed rally was not part of the preceding three-day selloff, which was driven by fears over the end of economic expansion in the US, due to rising rates, the ongoing US-China trade war and a slowing global economy. Rather, yesterday’s decline was due to slumping oil prices, which dragged shares 2.36 percent lower. Losses in the second worst performing sector, , were more contained (-1.18%).

It’s important to note that oil prices are not falling in a vacuum. They are part of a broader narrative that pivots around expectations of an economic slowdown, which would reduce demand for black gold.

In general, a failed rally is a negative indicator. It reveals that even when bulls attempted to stage an offensive, bears didn’t yield to pressure but instead fought back. 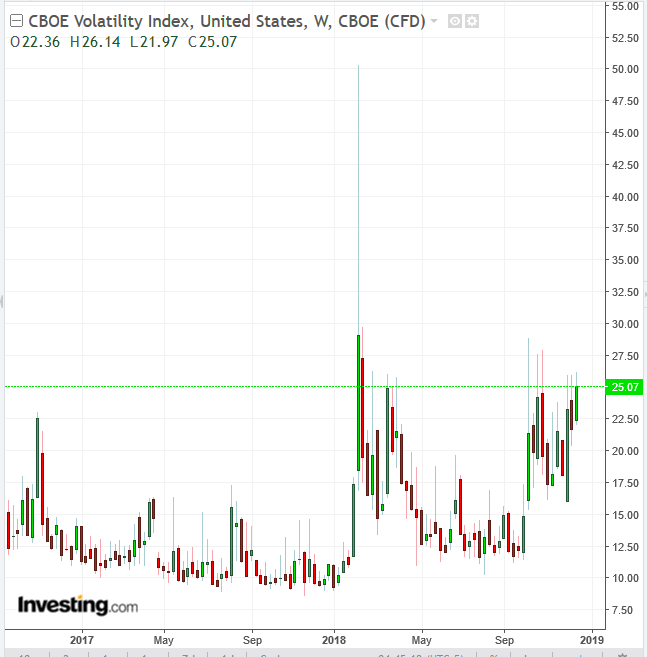 In another indication of pessimism, the closed at the highest level since February.

To make things worse, logistics giant FedEx (NYSE:) provided softer guidance due to global trade headwinds. The company’s stock sank 6 percent in the aftermarket and was trading around the same level in the premarket—despite of $3.94 earnings per share ($4.03) and of $17.75 billion revenue ($17.8 billions). The global delivery service joined the many other companies whose executives lowered forward guidance on concerns over the effect of the ongoing US-China trade war. 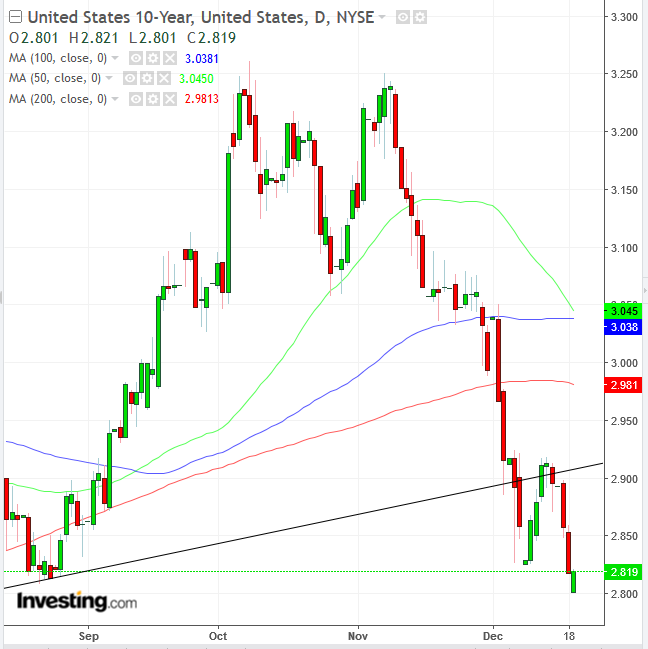 Investors, however, were primarily focusing on bond markets ahead of today’s expected of the year. The yield on Treasuries opened lower, at 2.8 percent, but soon rebounded to 2.819, slightly above yesterday’s 2.818 close. Last week bonds completed a top, whose span goes back to February.

Italian bonds jumped on speculation the European Commission will agree to a budget deal. The yield on slipped to near 0 percent before posting a rapid turnaround as the surge in demand triggered a margin call.

The fell for a third day against most major currencies. 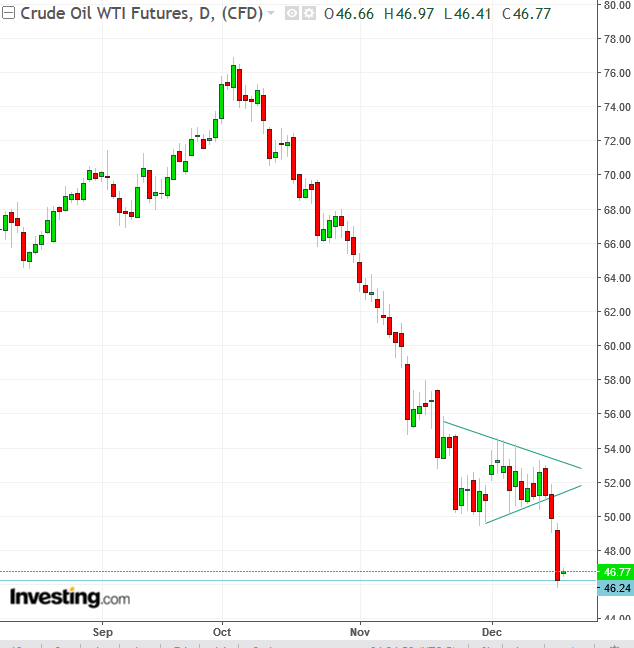 Speculation that risk sentiment is improving helped oil prices rebound from a third-day selloff over worries of oversupply and an end to global growth.

Overall, today’s Fed meeting seems to be having an unusually large impact on markets, most probably due to its crucial timing: equity markets are on the verge of a top as fears mount over an economic slowdown. US President Donald Trump’s continued campaign against the Fed’s tightening path probably exacerbates the impact of any decision.