US futures for the , and pushed higher on Wednesday, after Tuesday’s sharp selloff during the final hour of Wall Street trading. European stocks opened lower this morning while Asian indices finished mostly higher earlier today.

Yields are rebounding, the dollar is flat and oil is hovering around the $32 mark.

Contracts on US indices are suggesting that investors are prepared to drive stocks back up when the New York session opens, even though yesterday’s late decline was spurred by about Moderna’s (NASDAQ:) potential COVID-19 vaccine. 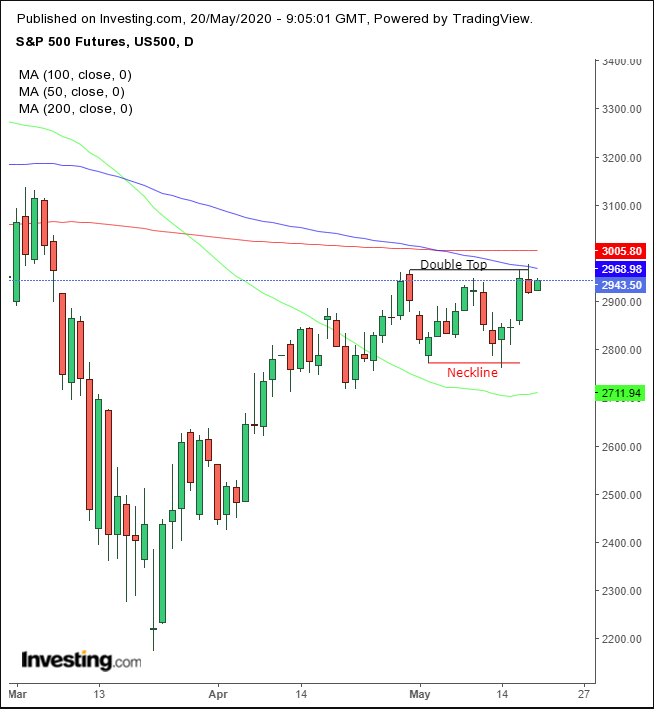 SPX futures are testing the top of range in place since late April. From above, the 100 and 200 moving averages weigh on the contract. A downside breakout of the range’s lows, would complete a small double top, while an upside breakout would merely be the onset of another rally.

Earlier this morning European stocks were still playing catch-up to yesterday’s Wall Street selloffs, before they turned higher. They could be coming back on either a short squeeze triggered by spurned vaccine hopes or by dip-buying of the ever hopeful. In the first hours of trade, the fell with banks and industrial goods stocks.

Asian trading was mixed as investors waded through conflicting themes: concerns over a persistent pandemic—with 4,913,761 confirmed coronavirus cases globally and 323,637 deaths—after market enthusiasm over Moderna’s vaccine breakthrough turned out to be premature; and chances of an economic recovery amid a reopening global economy.

Bargain hunters targeted India’s , pushing it to outperformance, (+2.06%). It’s seen to still be catching up to the region’s recovery from the March lows. It currently provides just 19 times earnings, making it more than a third cheaper than its December peak when the metric was 30 times earnings.

Yesterday, the , , and all took a dive when medical professionals clarified that Moderna did not produce sufficient data to establish definitively that they’re on the path to a bonafide vaccine for COVID-19. The biotech’s stock valuation soared to $29 billion, despite having no product to sell, a reminder of the Dotcom era, when internet companies with no free cash flow, revenues or assets were priced at multiples of 40. 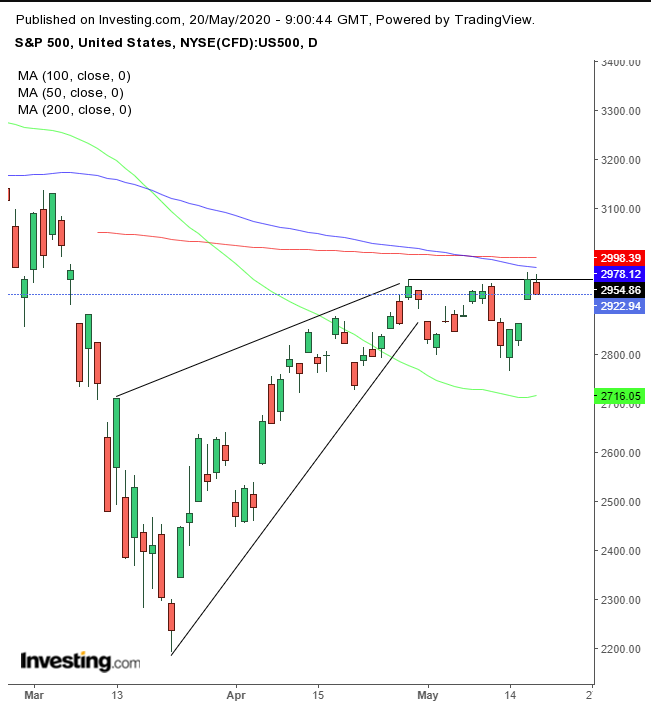 The selloff on the S&P 500 confirmed the resistance since late April. Considering the location below the 100 and 200 MAs, we might be witnessing the setup for a double top, to confirm a rising wedge, with the 50 DMA acting as a neckline.

Yields, including for the Treasury, are rebounding. 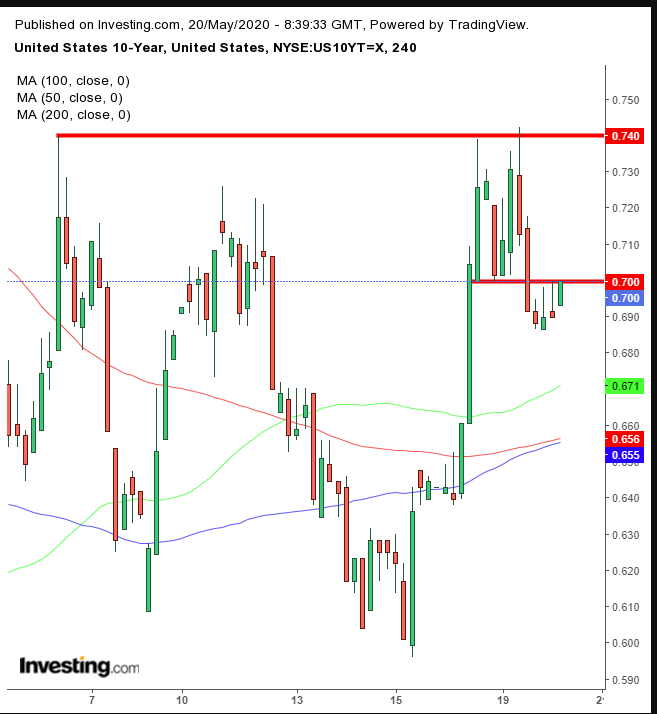 The yield on the benchmark note is rebounding, retesting the neckline of a small double top, within the 4-hour chart’s timeframe, which confirmed a two-week resistance at 0.74. Lower interest in Treasurys and perhaps in US stocks after yesterday’s selloff, let the edge lower, extending a decline to the third day, within a symmetrical triangle since March 27.

climbed for the second day.

slipped below $32, though at the time of writing the commodity has scrambled back above that level. 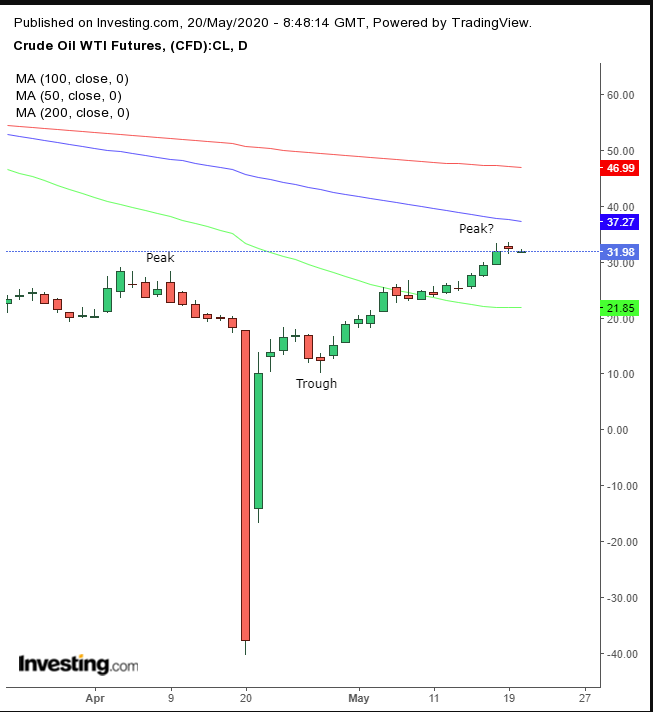 Any move below $32 would threaten to upend a four-day rally of over 30%. Technically, we see another correction, followed by another high, with which to call an uptrend, if we ignoring the subzero pricing blip.