U.S. futures for the Jones, , Nasdaq and all fluctuated on Wednesday and European stocks dropped, following a Wall Street selloff late in Tuesday’s session. U.S. markets turned lower after Dr. Anthony Fauci, one of the country’s top health officials, warned during his Senate testimony yesterday that the coronavirus pandemic was not yet contained. As well, he predicted that if the economy reopened too soon, without proper precautions and testing in place, “we run the risk of having a resurgence.”

Adding the the dire newsflow, a variety of deflated hopes of a return to the old normal, though the possibility of negative rates has been ruled out…for now.

Rising Treasurys boosted the dollar at the expense of gold.

U.S. futures wavered between slight gains and losses this morning after Tuesday’s selloff during the New York session saw the four major U.S. indices each drop by 2%.

Fed officials speaking at a variety of venues yesterday, didn’t hold back. They delivered the cold, hard facts to investors: the lockdown could cause widespread bankruptcies that would leave a lasting impact on U.S. growth. To that effect, the Fed is considering tightening, increasing the amount of reserves banks must hold, to avoid a run on financial institutions—the cause of the 1929 Great Depression.

Today, auto and mining shares dragged the as corporate results reveal the depth of losses to European business amid the global pandemic.

Stocks in Asia were uneven as investors did their best to wade through the risks. While India’s surged, +2.3%, on expectations of new government stimulus, Japan’s dropped by 0.5%. China’s once again managed to cling to the green, +0.2%, despite being in the crosshairs of both medical and financial hazards via another trade war with the U.S.

The yield on the Treasury fell for a second day. 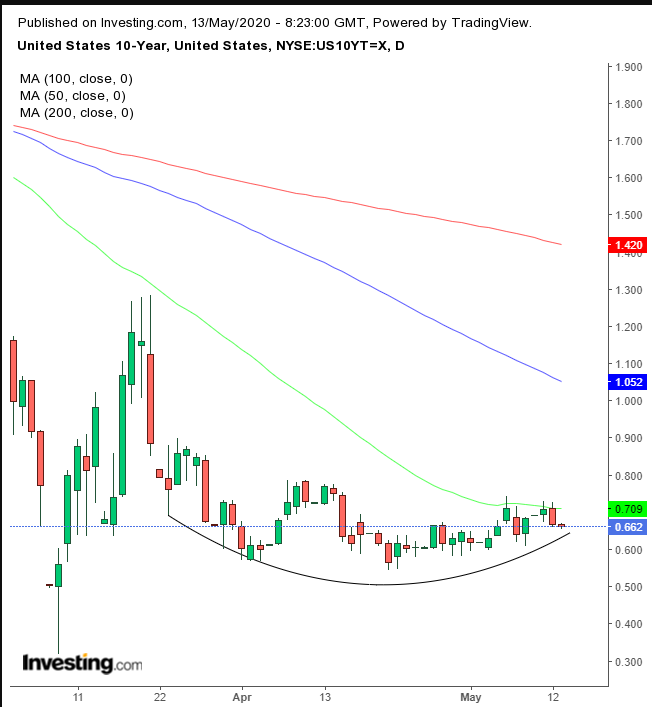 It was the benchmark note’s fourth attempt this week to cross over the 50 DMA. The technical picture is unclear though, as rates appear to be forming a rounding bottom. However, it couldn’t be a bottom after such short, preceding decline in March, not to mention the lower bottom in the same month.

The was flat after yesterday’s trading ended with a slight decline. 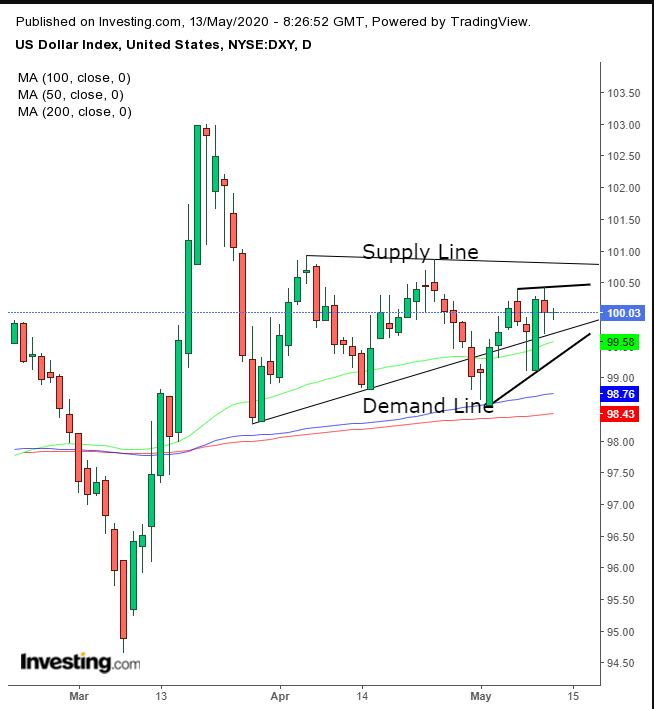 Like yields, the technical picture for the greenback is unclear. The price has been forming an ascending triangle—innately bullish—but confusing following a drop, which would put the currency’s range on track for another leg down, not up.

Also, two downside fakeouts have been developing a rising flag, bearish after the preceding six-day-straight loss. We’re calling a bearish flag on top of a counterintuitive bullish triangle. And before the flag’s formulation, prices went both down and up. 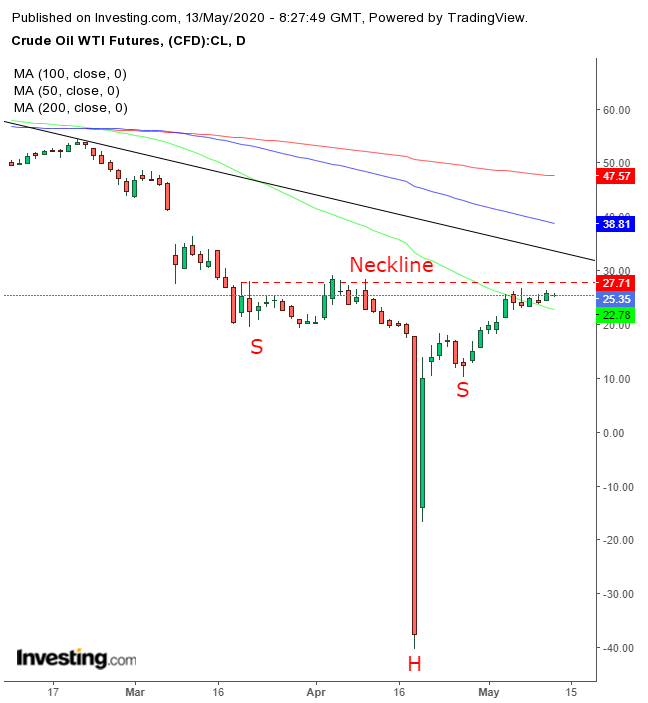 But the commodity is still within the narrow range for the sixth day, below the neckline of a H&S bottom.