European shares rebounded from a five-day stock rout and futures on the , and climbed higher this morning, making up for a mixed Asian session that felt the pinch of re-ignited trade tensions. The advanced with technology firms and automobile makers.

Earlier, Asian shares sold off as preliminary talks for a trade resolution ahead of the G20 meeting on November 30 fell through, quashing hopes that US and Chinese leaders would be able to make some headway anytime soon. Chinese stocks on the closed higher after erasing early losses, as a rebound in property and healthcare stocks offset losses in energy shares sparked by Wall Street selloffs and a plunge in prices.

The briefly slid 10 percent below its September record close before clawing back just above the threshold and closing 1.82 percent in the red. The slid 1.7 percent, almost 14 percent below the closing high it reached in August. The shed more than 500 points, or 2.21 percent, as angst spread across global equity markets.

Considering the , with its listed domestic, non-export reliant companies, failed to substantially outperform peers (-1.65 percent), we don’t believe the current stock rout is trade-related. Rather, it seems driven by the ongoing slide in energy prices. This would also explain the underperformance of the Dow, which features a high concentration of energy companies. 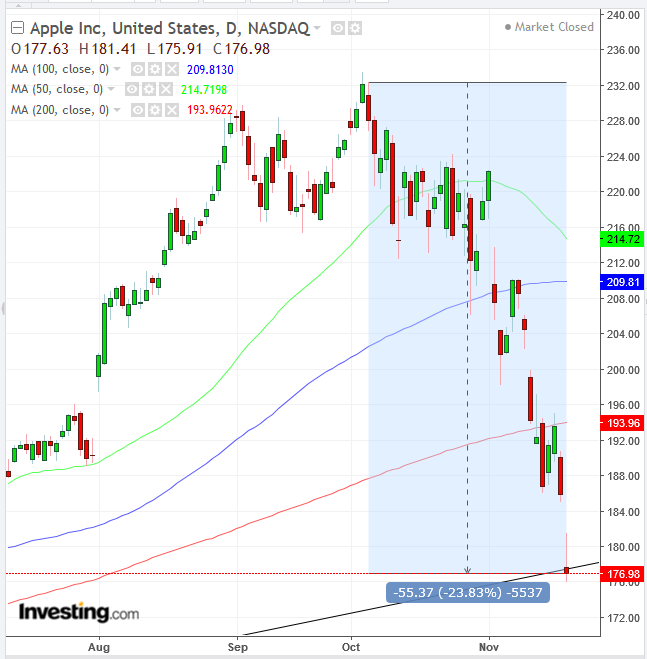 The Dow’s decline was also aggravated by the Apple selloff. The tech behemoth makes up about 5% of the index’s weight. At the end of October We forecast the stock may top out even amid stellar ; it comfortably reached our target. Technically, the price found support above its long-term uptrend line. After a 24 percent correction from its record peak, dip buyers may be happy to pick up such a palatable discount.

Overseas trading seemed more heavily impacted by trade headwinds than the US market—though the sector, whose continued growth is dependent on the smooth functioning of supply chains, represents an obvious exception to this trend. We believe that the Fed’s continued hawkish rhetoric and outlook for is currently having a much greater impact on US stocks than the trade risk, even when benchmarked against the softer guidance posted by US company executives due to higher trade tariffs.

Moreover, the early signs of a slowdown in global growth, and its impact on US growth—recently highlighted by Fed speakers—also weighs on US market sentiment. 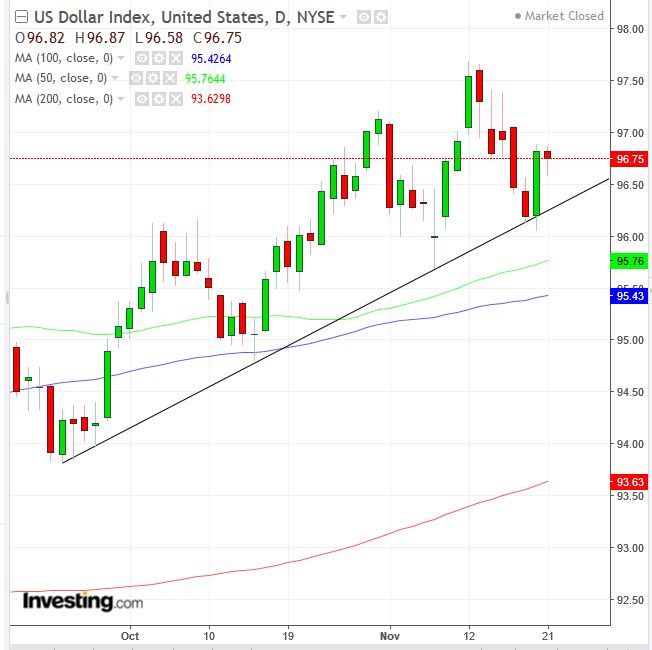 The is paring yesterday’s risk-off gains, as investors rotate back into equities, confirming our recent bullish call. 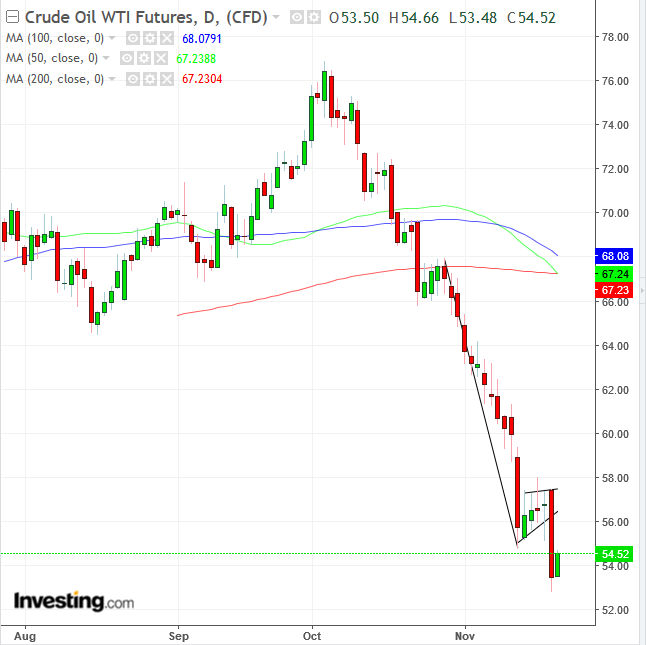 Oil’s plunge paused on a surprise reduction in . Technically, the WTI price provided a decisive downside breakout to a bearish flag, as we predicted, with a high potential for a much sharper selloff.