Soaring commodity prices stoked new inflation worries, confusing traders about the outlook for the economic recovery, denting domestic firms and as well as large cap technology stocks. Futures on the and were trading in the redon Monday morning while futures on the and were slightly higher.

European shares were broadly flat. Bitcoin was up marginally.

Global stocks hit fresh records last week as an extremely disappointing US on Friday eased worries of higher interest rates. With a rate hike off the table for the immediate future, the narrative says the economy will now be allowed to resume its recovery.

And herein lies the market cognitive dissonance. On the one hand, commodity prices, such as and are setting records, converging with the narrative that inflation is accelerating which explains why NASDAQ and Russell 2000 futures are down.

So spiking inflation will hurt small companies. This makes sense. But how can a market narrative that explains a fall in small cap stocks also be the reason that global stocks are hitting new all-time highs.

Investors have been going back and forth on inflation:

Of course, there are no clear answers yet. However, investors keenly await the upcoming US report on Wednesday which is expected to demonstrate continued price pressures in April. However, a series of Fed speakers is likely to further muddle the outlook as they provide their interpretation of the data, with the magic word likely to be “transient.”

Serving to confuse traders further, jumped as much as 4.2%, to a three-year high, before trimming the spike, as US operator Colonial Pipeline failed to provide a timeline to restarting operations after shutting down Friday in response to a cyberattack.

Yields on the Treasury note retreated from the 1.6% level, as traders sold off Treasuries ahead of a busy week of auctions, back-ending a rally after data on was almost three quarters lower than the anticipated number. 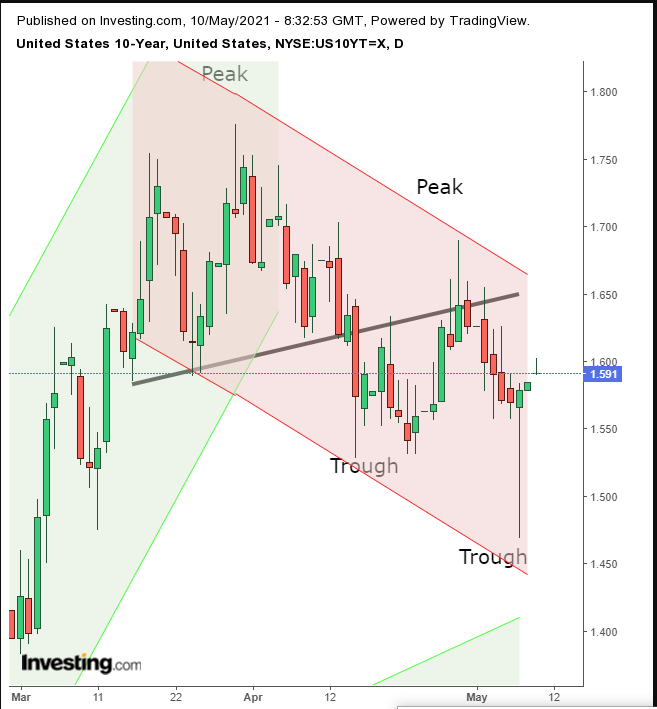 Yield are up at 1.59% but we expect them to continue falling along the falling channel, having completed a top.

The struggled to return above the uptrend line, before falling toward the base of a bearish rising wedge. 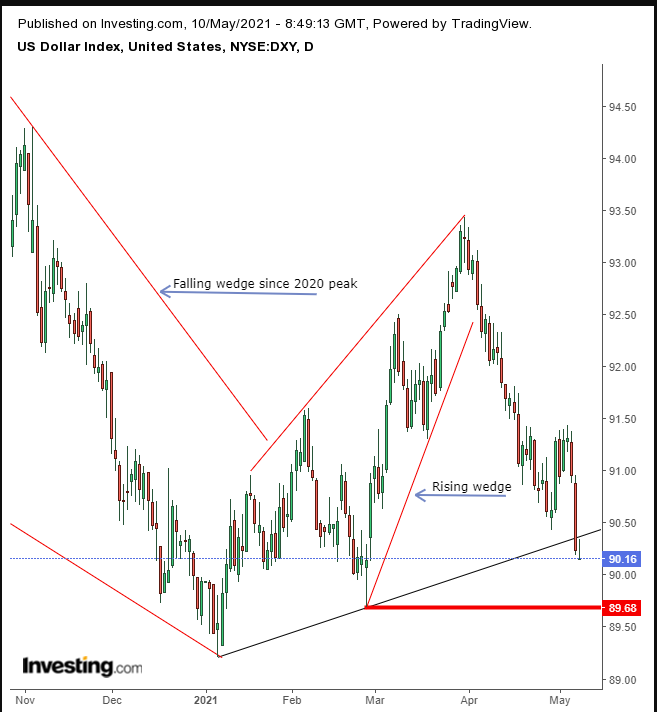 As long as the price remains above that level, we expect the bullish falling wedge since the 2020 peak to prevail and set the uptrend.

China’s reached the highest level since 2018, and the hit a ten-week high after the Scottish National Party, which is seeking a second referendum on Scottish independence, failed to win an outright majority in parliamentary elections over the weekend.

benefited from dollar weakness and traded in the green, albeit slightly. The precious metal found resistance at the top of its falling channel.

edged higher, but lost its grip on a more meaningful advance to its highest level since Apr. 17. The cryptocurrency is developing an intraday shooting star, confirming the resistance of a rising wedge, bearish after the preceding decline. 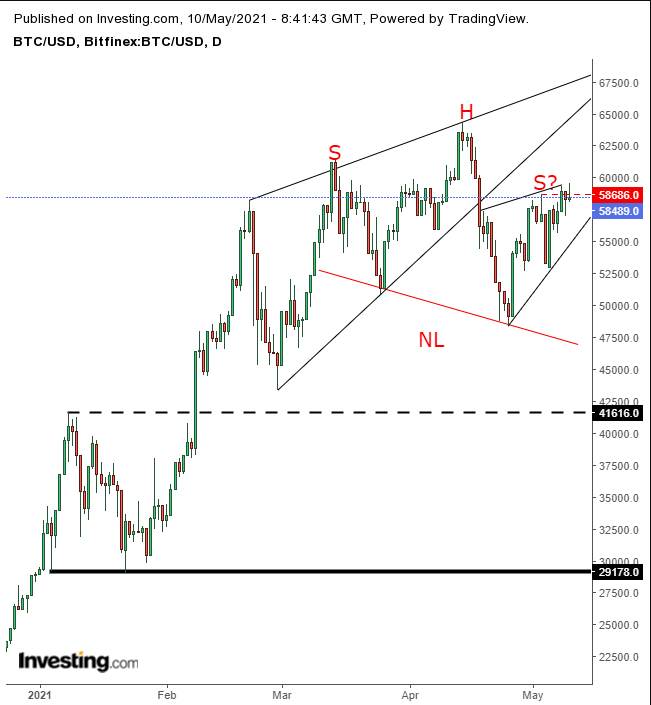 With the news focusing on the Colonial pipeline shutdown, resumed an advance. 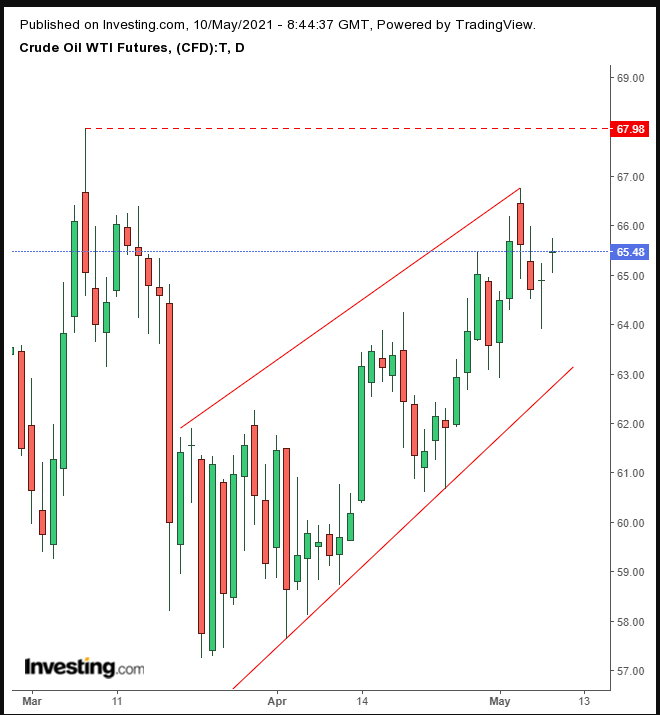 WTI is challenging its highest level since October 2018.