Global stocks dropped this morning while futures on the , , and pointed to a mild rebound after investor anxiety over the end of economic growth was exacerbated by a hawkish Fed on Wednesday. The weakened, while the rallied on investor flight to safety.

The opened 0.75% lower on heightened fears that tightening US policy—with the Fed pressing ahead with a yesterday and forecasting two more increases next year—will choke the global economy. The pan-European benchmark then dropped further, to – 0.93%, hitting the lowest level in 25 months, where it was trading near the day’s low. The , and also hit their lowest levels in two years. 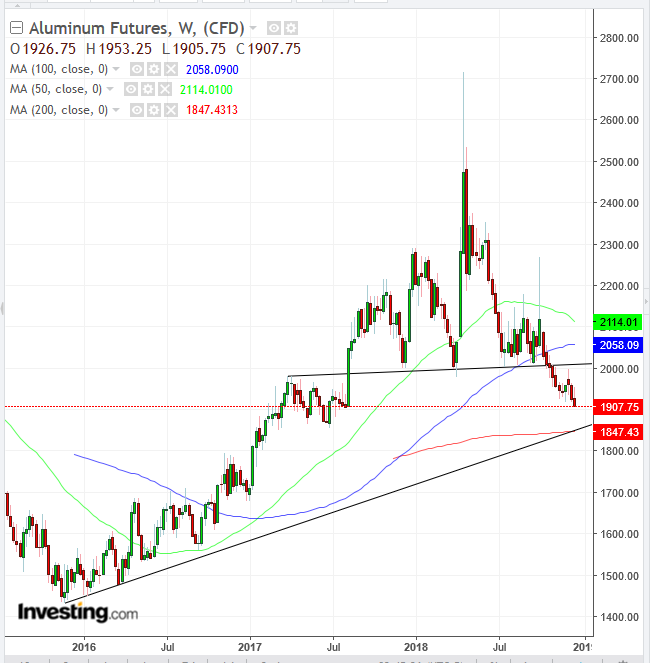 The Fed’s monetary policy messages—with the central bank’s outlook for raising rates next year reduced from the three to two hikes but still perceived as hawkish after recent expectations policymakers would pause the tightening path altogether—combined with persistent worries over a slowing global economy are likely to weigh heavily on cyclical stocks like miners. These shares were pressured today, sliding 3 to 4 percent on the back of falling metal and prices, with hitting a 16-month lows as the US lifted sanctions against Russian heavyweight Rusal (MCX:), the world’s second largest aluminum company. However, the metal was bouncing back in the late European morning session.

In the earlier Asian session, equities edged lower across all major exchanges. Investors rushed to their selling button after Wednesday’s rate hike made them suddenly feel overweight on equities.

China’s shed 0.52 percent, hitting a two-month low even amid the introduction of a new lending tool to support funding to small and private companies. Japan’s dropped 2.84 percent to a 15-month low, as the Bank of Japan its already ultra-loose policy, warning against stagnant inflation and a looming consumption tax hike next year. The BoJ’s outlook is in stark contrast with the one recently posted by the Fed, which remains confident about the US economy and unconcerned about market volatility.

Yesterday, US stocks tumbled to a 15-month low and all major benchmarks topped out, after Chairman Jerome Powell the Fed’s balance sheet normalization would continue “on automatic pilot,” quashing hopes of further accommodation amid a volatile economic outlook.

A fourth hike for the year and the continued path to higher interest rate could be seen as a vote of confidence on the strength of the American economy and the resilience of financial markets. As such, we would have have expected investors, who sold off after softer economic guidance last quarter, to rebalance their portfolios by buying stocks. However, the market is forward-thinking so it may already be focusing on growing recession risks.

The lost 1.54 percent, with all 11 sectors in red territory. (-2.14%) underperformed while (-0.16%) were the best performing sector, having posted a record close last Thursday. 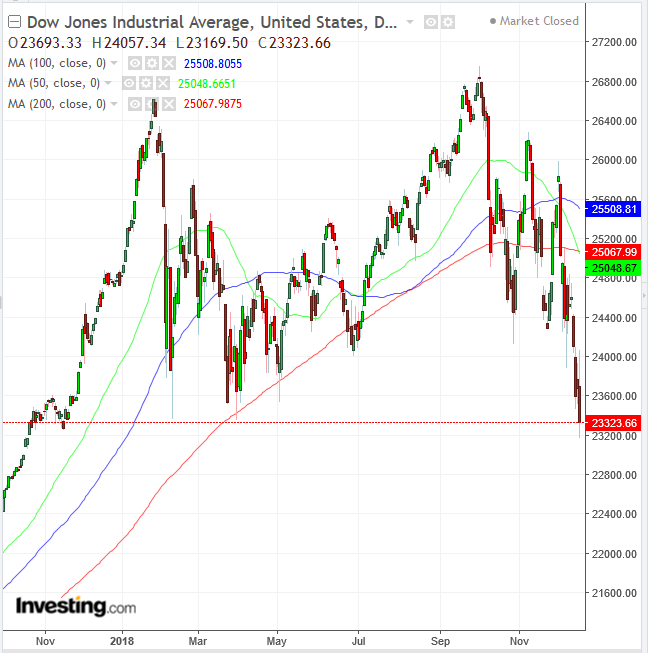 The fell 1.49 percent, posting the lowest close in 13 months and completing an official top after the 50 DMA crossed below the 100 DMA, triggering the much-feared Death Cross. However, with less than 1 percent penetration, investors should beware of a bear trap.

Meanwhile, the yield on Treasurys rebounded from a four-day rout, as the 50 DMA crossed below the 100 DMA, while the greenback dropped despite the Fed’s rebalancing towards a more hawkish stance, as nervous investors fled to safe havens. 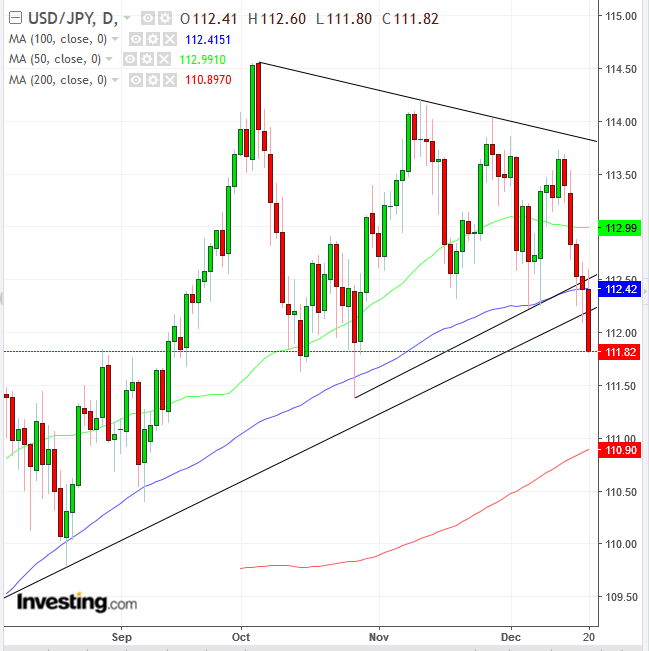 Increased demand for safety pushed below its 100 DMA, with the pair breaking the downside of a symmetrical triangle as well as falling below its uptrend line. 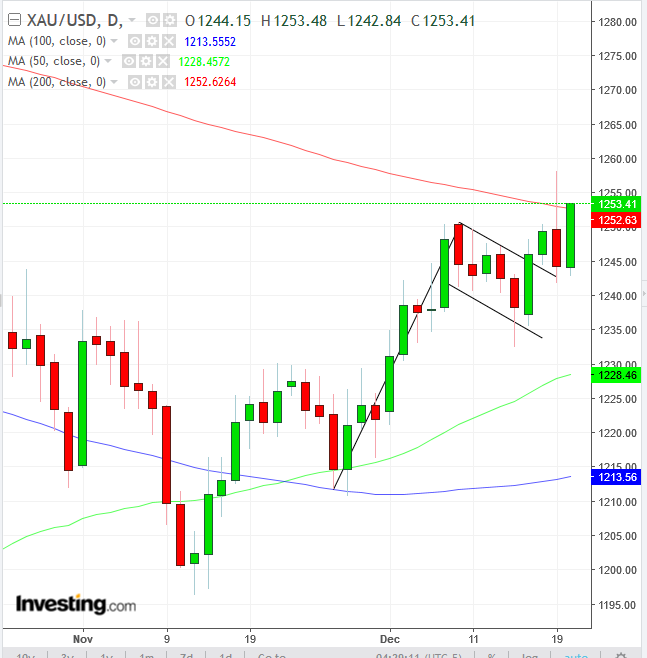 Gold also jumped above its 200 DMA, after retesting a bullish flag yesterday. Could yesterday’s rate hike push the precious metal to $1,300? Possibly.