US futures for the , , and faltered on Tuesday and European stocks failed to maintain a higher open, after yesterday’s US equity surge, fueled by hopes of an effective coronavirus vaccine. Regional markets during the Asian session followed Wall Street’s risk-on attitude, closing in the green.

Oil is struggling to keep its rally going for a fourth day and the dollar slipped lower.

All four major US contracts have turned lower at the time of writing, though they’d been wavering this morning—flipping between gains and losses after yesterday’s strongest equity rally in six weeks, driven by three major themes coming to the fore in tandem: a potential coronavirus vaccine, government stimulus and reopening economies.

A proposed Eurozone of over half a trillion dollars yesterday boosted the pan-European , giving it a higher open this morning as well. However, the index has since turned lower as profit taking after yesterday’s rally pushed it down.

Yesterday, all the major US indices soared after Cambridge, MA-based biotech Moderna (NASDAQ:) announced it had seen promising early results from an experimental COVID-19 vaccine. At the same time, relief regarding reopening economies and statements by Fed boss Jerome Powell helped fuel the rally. Powell said the central bank has not run out of firepower, not “by a long shot.”

We would urge caution about putting too much credence into the daily news flow as a reliable driver for propelling the market resolutely higher.

For example, just at the end of last week the Fed’s Powell warned that the economic slump may last for at least another year and a half. A few days later he changed his tone, delivering a more positive message.

We can’t help but feel he’s simply trying to undo the negative impact of his words on equity markets. As well, the vaccine is a long way off from being proven effective, having been tested on just eight people. Then, it’s a much longer road until it will be manufactured and then distributed.

Finally, a reopening economy sounds really good on paper, but it’s almost certain that there will be many hiccups until things normalize—not to mention the likely possibility of a second wave. We won’t fight the prices seen yesterday on the , and , but we’re not jump on it either.

Yields on the US Treasury pulled back from nearing five week highs. 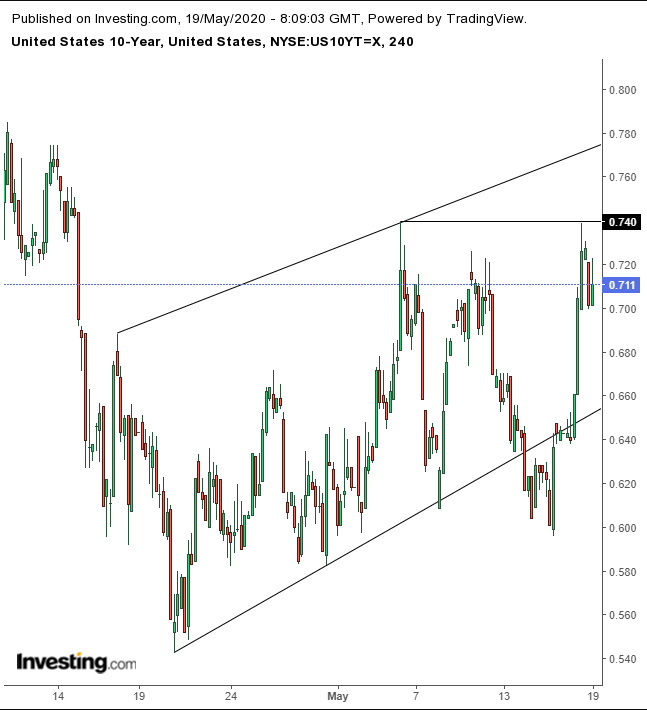 The pullback confirmed a two-week resistance from a revived interest in Treasurys. The pattern demonstrates weakness: first, yields fell out of a rising channel on May 14, then failed an attempt to climb back in on the following day. Now yields have failed to make new highs. 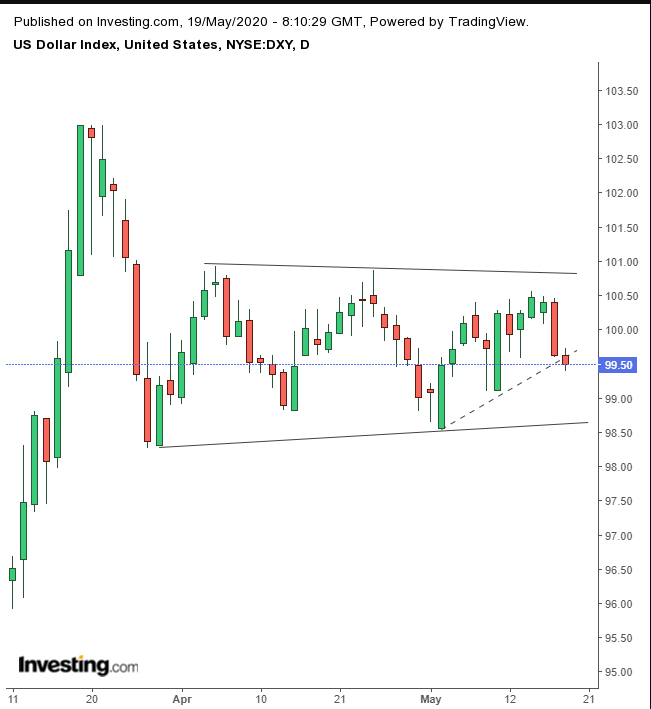 It fell below an uptrend line since May 4, suggesting a return to the bottom of a range since the end of March. 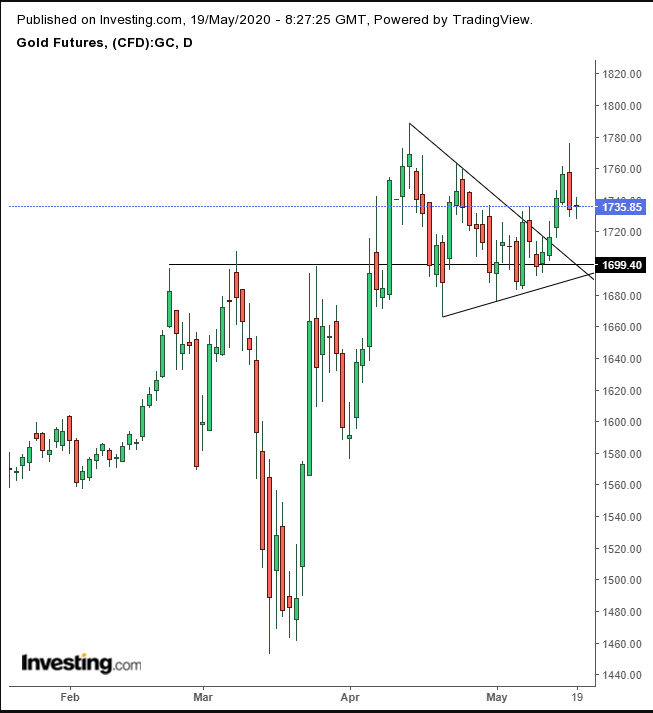 was flat after yesterday’s drop on the return of risk-on sentiment. It could be before moving higher.

prices advanced for a fourth straight day, but were falling off their highs. 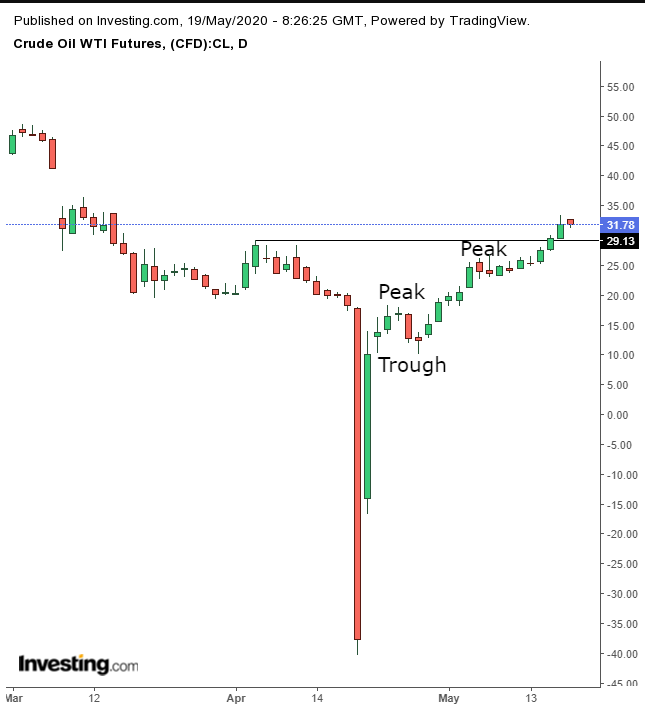 Technically, confirmation of an uptrend would require another trough, ignoring the subzero pricing.