US futures for the , , and , as well as global stocks all moved higher on Tuesday, driven by optimism as world economies started reopening.

Though the brewing US-China trade war slid into the fuzzy background, economic data still paints a dismal picture, but investors may now be pricing that in.

Oil climbed for the fifth straight day, breaking above the $20 level, its longest advance in nine months.

All four major US futures were up at least 1%, with Russell futures over 2%, suggesting the underlying indices will extend yesterday’s rebound on Wall Street. 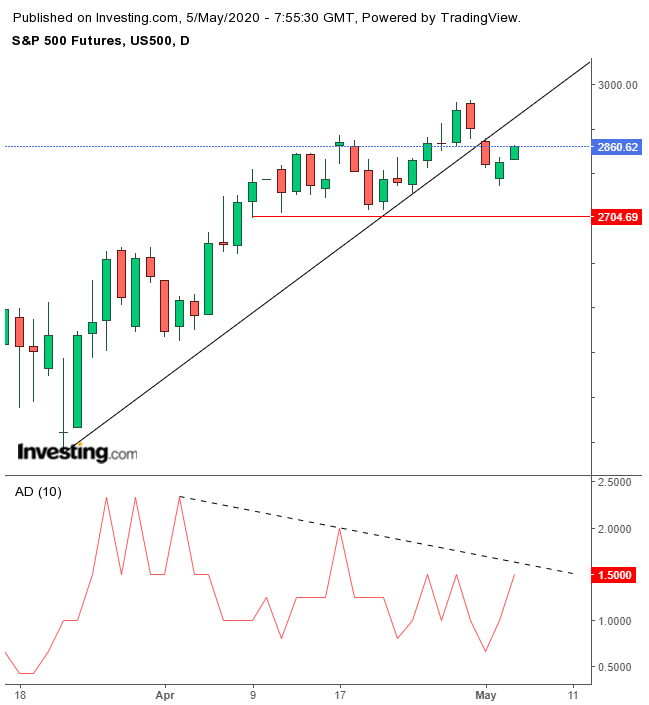 Contracts on the S&P 500 climbed for the second day, after falling below their uptrend line since the March low.  The advance-decline line indicates that participation has been falling since the March bottom, triggering a negative divergence.

The jumped 1.7%, ending a three-day loss, led higher by French energy major Total (PA:), which jumped as much as 7.9%, even a 35% drop in quarterly profits, after the company from a year ago and increased its commitment to almost eliminate its carbon emissions by 2050 while curbing investments on oil and gas projects.

The pan-European index confirmed a falling, bullish wedge, after the release of a batch of positive corporate results.

Stocks in Asia took their cues from Monday’s Wall Street rebound, flipping from a third day of losses to an advance—boosted by rising oil prices along with easing lockdown restrictions. Australia’s led the advance, (+1.64%).  Japanese, Chinese and South Korean markets were closed on a holiday.

The yield on the US Treasury climbed for a second day, the highest point since April 14. 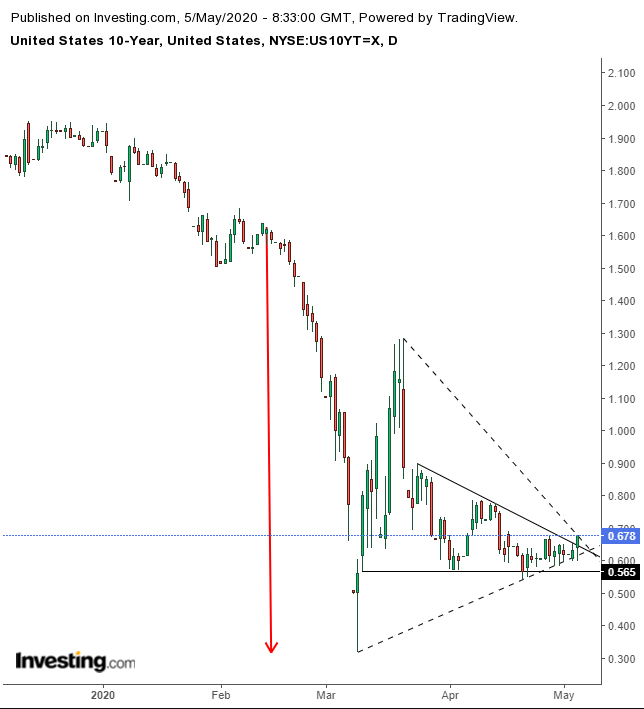 The benchmark note is testing the top of a possible descending triangle, expected to break to the downside after its sharp plunge since COVID-19 hit markets. However, the earlier spikes—in both directions—marked by the dotted lines, make it difficult to interpret upcoming moves.

The US trimmed yesterday’s gains. 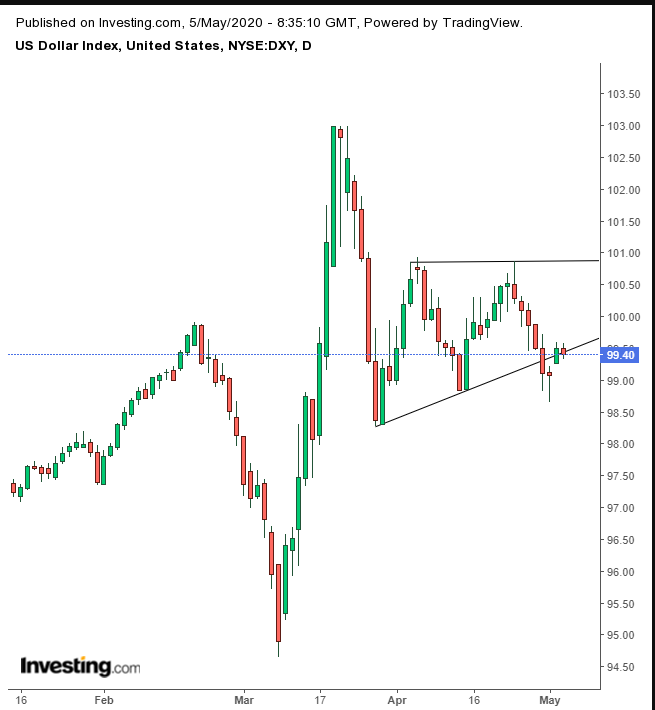 The currency struggled for the second day, right on the bottom of a descending triangle, uncharacteristically following a drop, demonstrating the price level as a technical pressure point. 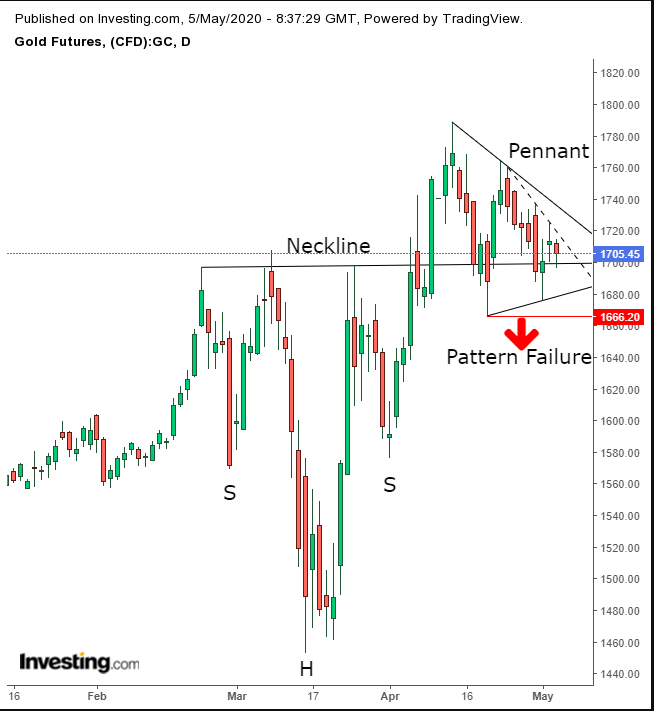 The yellow metal is trading along a pennant, expected to be bullish, following the preceding rally, which itself completed a H&S continuation pattern.

prices jumped for the fifth straight day, the longest winning streak for the commodity in nine months. 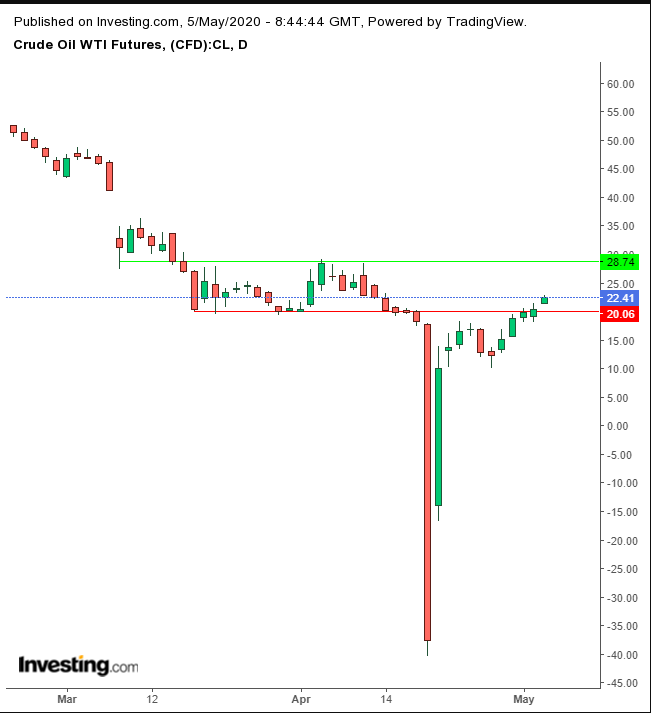 Incredibly, WTI broke through our $20 red line, passing $22, as production cuts put in place by global oil producers including OPEC+ ease supply while lockdown loosening is expected to boost demand. Our expectation is that oil will range between $20 and $28 now, from the March lows to April highs.