US futures for the , and and global stocks were all flashing green on Monday, boosted by the lower number of confirmed COVID-19 cases over the weekend and signs that governments are easing toward reopening local economies. This morning, though the BOJ kept , at its policy meeting the Japanese central bank removed all limits on its government and corporate bond purchases providing yet another form of economic stimulus.

Ahead of a big week for Q1 2020 earnings season, in which a variety of are due to report, the dollar weakened and Treasurys sold-off. Crude was back below $20.

Data over the weekend inidcated coronavirus deaths in Spain, Italy and France slowed the most in more than a month. All three countries have signaled tentative moves to reopen their economies as a result.

All four US contracts for the major indices were up today: at least 0.75% for the S&P 500 and as much as 1.55% for the , a sign the underlying small cap index may continue to outperform.

The opened 0.7% higher and extended the advance to 1.65%, catching up with Wall Street’s jump after additional stimulus. Italy’s outperformed, with investors pushing prices up more than 2%, in relief that credit ratings agency Standard & Poors didn’t downgrade the country’s debt last week. Italian bonds rallied as well, with German debt, a reassuring signal. 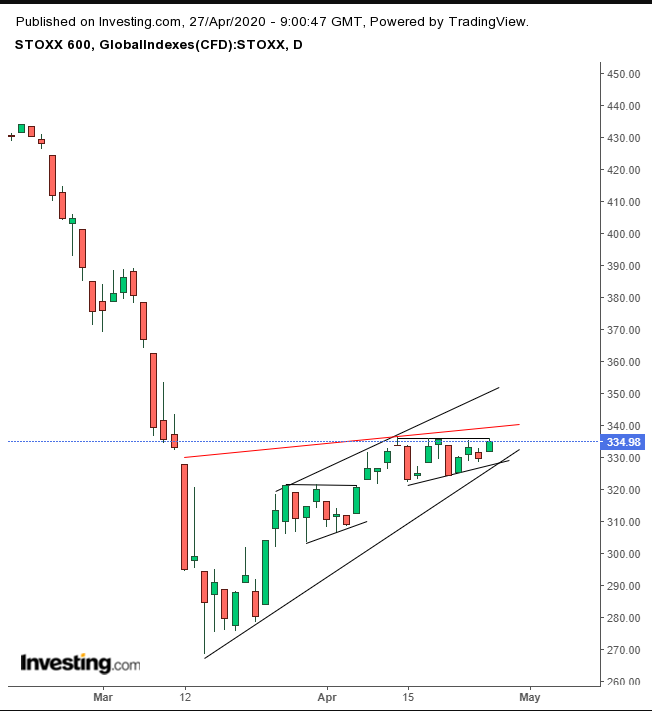 The chart of the pan-European index shows the difficulty in interpreting the balance of supply and demand. Are prices forming a back-to-back bullish flag or a rising wedge, which would bearish after the preceding drop? The direction of the breakout, which still hasn’t occurred, would determine that.

Deutsche Bank (DE:) joined peer investment banks in , sending the stock soaring 11%, even after the bank warned about loan defaults and the uncertainty of the global pandemic on its business. It’s interesting to contrast the current market environment with that of December 2018, when stocks were pushed to the brink of a bear market as companies beat expectations, while at the same time providing negative guidance.

The slumping number of virus cases and talk of major economies reopening for business appear to have whetted risk appetites today. Traders sold off bonds in favor of stocks, pushing yields higher. However, at 0.616% for the Treasury benchmark, these are historically low rates, only slightly higher than the all-time low of 0.599, registered on March 30. 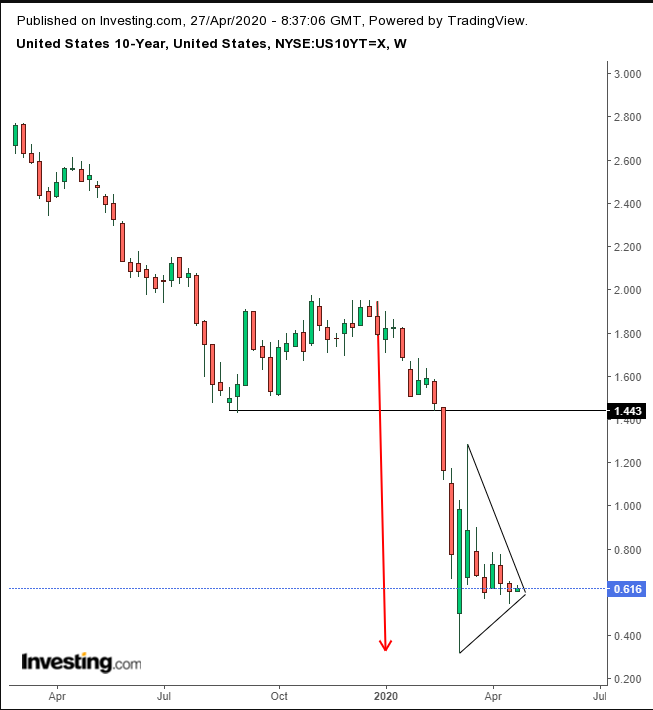 From a technical perspective, yields are forming a pennant, whose continuation bias suggests they’ll retest all-time lows. A downside breakout would signal another leg down.

However, if rates meander through the apex, the pattern’s mechanics will unravel, along with any predictive properties. 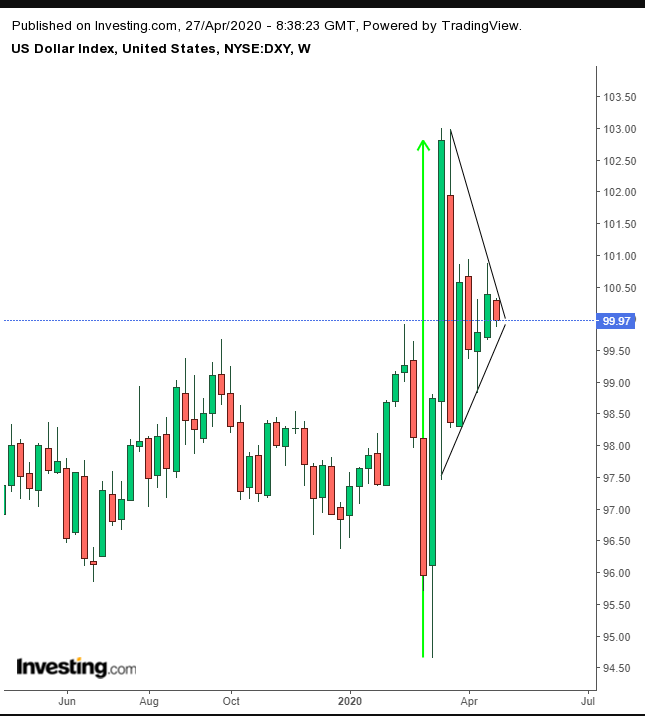 The weakened on Monday, as investors rotated out of Treasuries and into stocks. The DXY chart, above, is now the mirror image of that for yields: a pennant, whose upside breakout would signal the resumption of the jump from 94.50, while a breakthrough at the apex and a sideways move would render the pattern obsolete. By viewing the charts for Treasuries and the USD, we can see how bond trading is dominating the dollar in this environment. 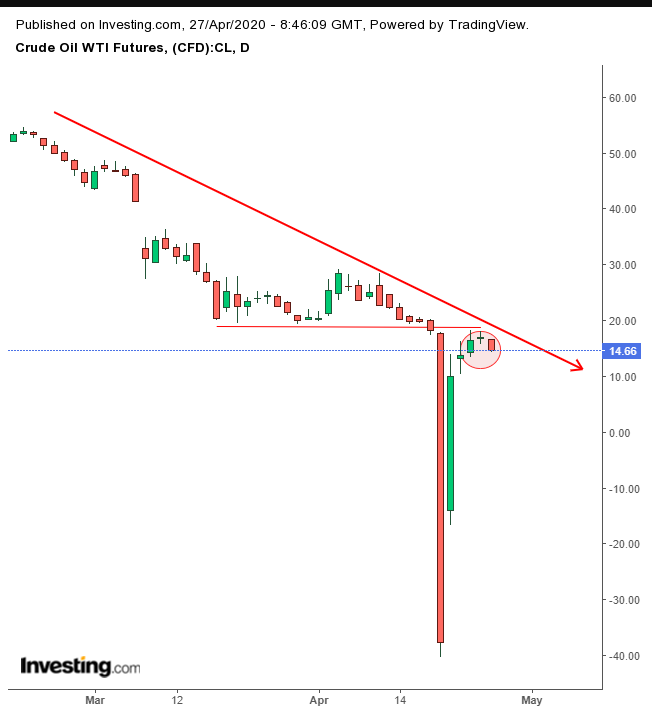 Oil fell back below $15 as growing inventories weighed on demand. Technically, a close below $15 would complete an Evening Star, a three-candle bearish formation demonstrating a reversal in sentiment. Though oil’s dramatic, sub-zero price plunge last week, dominated the market narrative, it’s not the only commodity .