In a signal that holiday escapism is over and last year’s rough finish may extend into the new year, global equities and futures on the , and all tumbled significantly this morning after fresh data from China confirmed signs of an economic slowdown in the world’s second largest economy.

US contracts had gained ground earlier after President Donald Trump invited Congressional leaders to negotiate an end to the ongoing government shutdown over funding for the Mexican border wall. However, a contraction in Chinese offset optimism for domestic political stability, suggesting that the US-China trade dispute is taking a toll on the real economy, contrary to what the positive rhetoric from both countries recently seemed to convey.

The Caixin private survey, which slipped below the 50.00 mark for the first time in 19 months due to trade war headwinds and lower domestic demand, follows China’s National Bureau of Statistics on Monday, which also dropped into contraction territory for the first time since July 2016.

Mounting evidence of an economic slowdown in China exacerbates concerns of a global domino effect. Investors may look for further clues in the and PMI readings coming out later today, as both regions have posted underwhelming results in recent times.

Meanwhile, the ended a two-day rally, with every sector in the red. Mining and energy shares, both cyclical sectors, led the declines.

On Monday, a mildly higher close on thin trading ahead of the New Year holiday in the US fell short of lifting the market significantly. Stocks finished their worst year of the current bull market, as well as their most disastrous December loss since 1931. The slid 9.2 percent for the year—the most in nearly a decade. 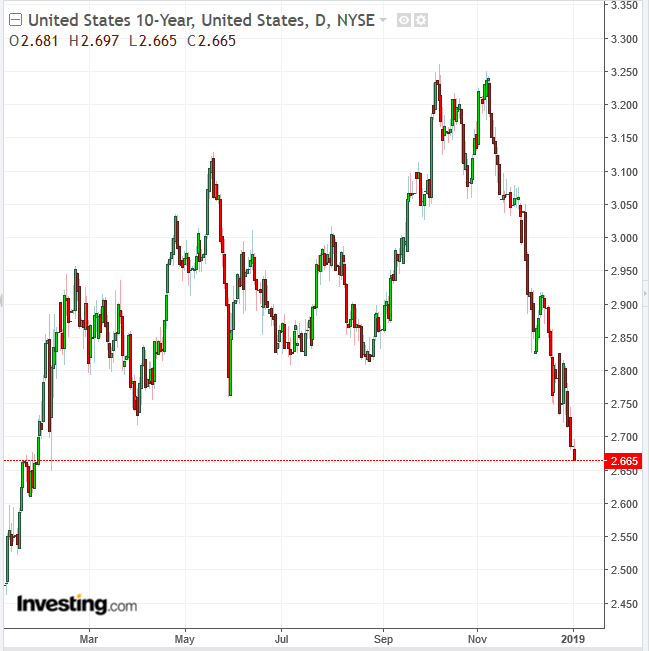 The yield on keeps edging lower after hitting the lowest level since February at 2.68 percent. Technically, it reversed trends. 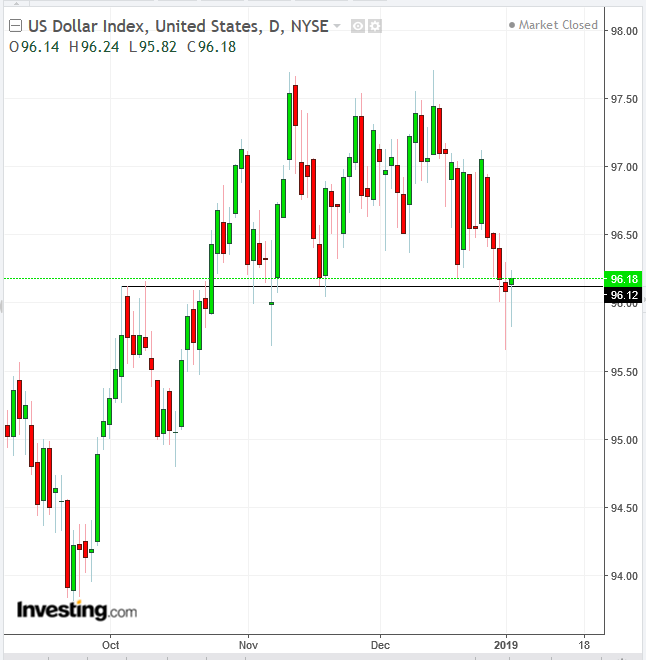 The climbed slightly more than 0.1 percent, rebounding from its lowest level since October after a five-day decline. The dollar’s recent pattern has proven elusive, as the reserve currency shifts from a risk asset status to a safe haven role. We have been writing repeatedly about an ongoing global effort to reduce the greenback as a global reserve and disconnect it from commodity prices. Technically, the USD rebounded from the neckline of a top. 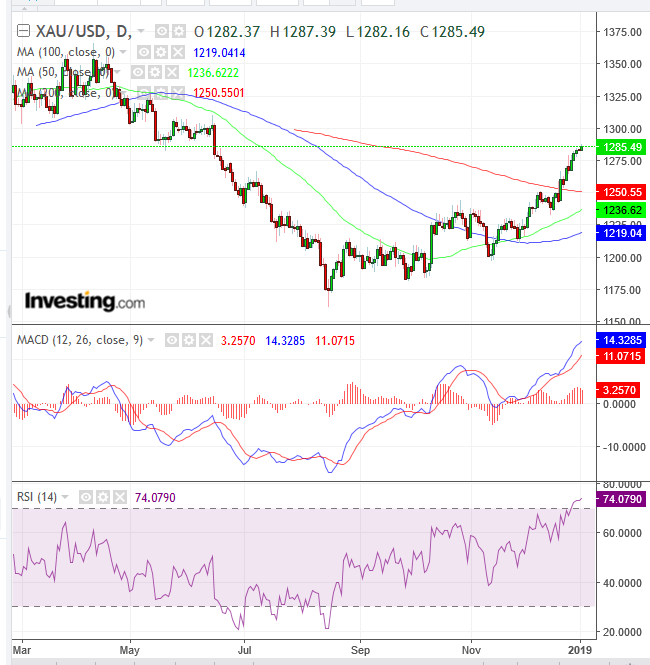 is advancing for the fourth straight trading day, even with the dollar also in green territory. Will demand manage to outpace supply at the resistance of the previous May support, from where the price dropped 9.6 percent? 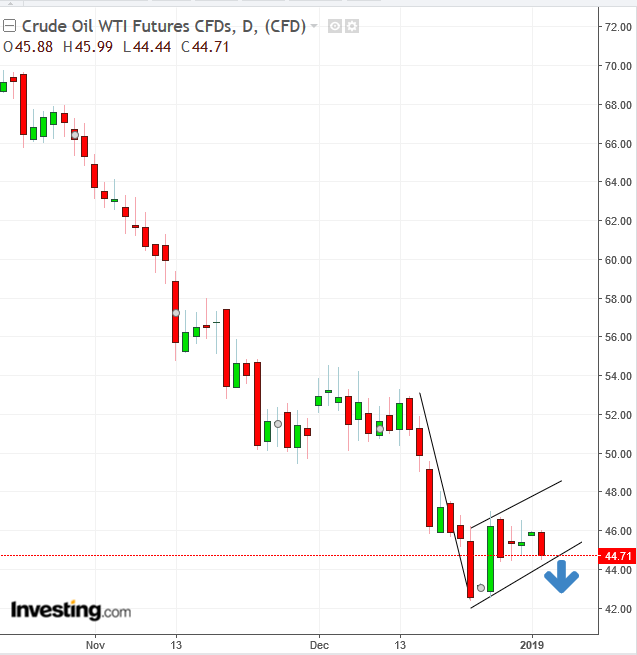 wiped out two days of gains this morning, falling below $45, as it continues to develop a rising flag, bearish in a downtrend. WTI crude was the first asset to take a hit from pessimism over global growth as it slumped to its first annual loss since 2015, completing a reversal that saw it drop from a four-year high set just three months ago.