US investors kept futures on the , , and as well as Treasuries in a holding pattern on Wednesday ahead of the Federal Reserve’s policy decision at 2pm EDT. Markets seem to be expecting the Fed to outline plans to slow down its quantitive easing program. In Europe markets were also wavering around their opening levels.

Commodities were under pressure, particularly copper, which has hit an eight-week low.

Oil companies on the Index were slightly higher due to the stronger oil price, however the sector failed to drive the index significantly higher as markets were treading water ahead of the Fed announcement, which is pivotal to market sentiment. If European markets close the day higher, the pan-European benchmark will post a new record close while extending its winning streak to its longest in three-and-a-half years.

Earlier, Asian markets were mixed amid thin trading. Japan’s retreated 0.5% despite data showing the of the world’s third largest economy surged 49.6% annually. Still, the surplus disappointed analysts who were expecting a higher number to show a strong recovery from the global pandemic.

On Tuesday, US shares fell from all-time highs after were lower than expected, while at the same time edged higher, which further weighed on consumer demand. The Index upended a three-day straight advance, as real estate and technology shares dragged on the benchmark. Conversely, an oil rally boosted Exxon Mobil (NYSE:) and Chevron (NYSE:).

The Treasury yield remained below the 1.5% level. 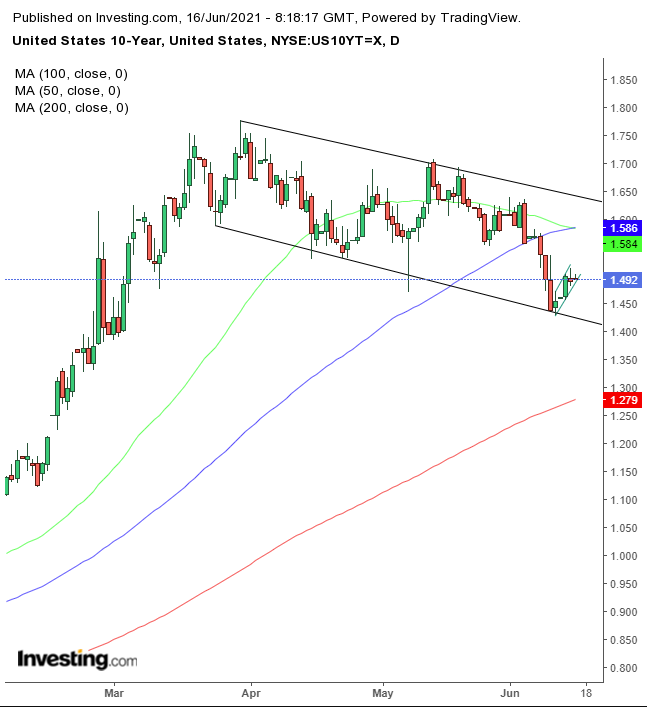 Rates may be developing a rising flag following the preceding sharp 3-day drop. The flag would provide Treasury bulls the momentum needed to push yields below the current, tempered falling channel, as the 50 DMA crosses below the 100 DMA.

The fell ahead of the Fed’s policy decision, which will likely affect the currency. 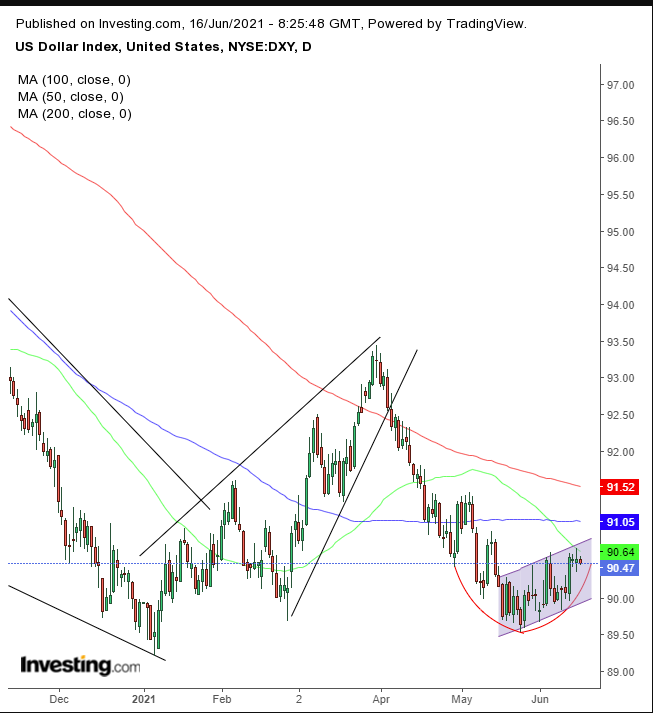 We had allowed the possibility that the current range is a rising flag, but considering the short preceding move of a mere three-day decline, compared to the body’s length, which was nearly a month long, we no longer think so. We might be witnessing the development of a rounding bottom, which was our first instinct.

The pattern would confirm the base of the wedge and its implied target. Perhaps, a breakout of the massive falling wedge since the 2020 high will continue its interrupted rally. The price capped a three-day selloff, which brought it below its uptrend line. The rebound is keeping the yellow metal above the 200 DMA, whose downside breakout would complete a top. 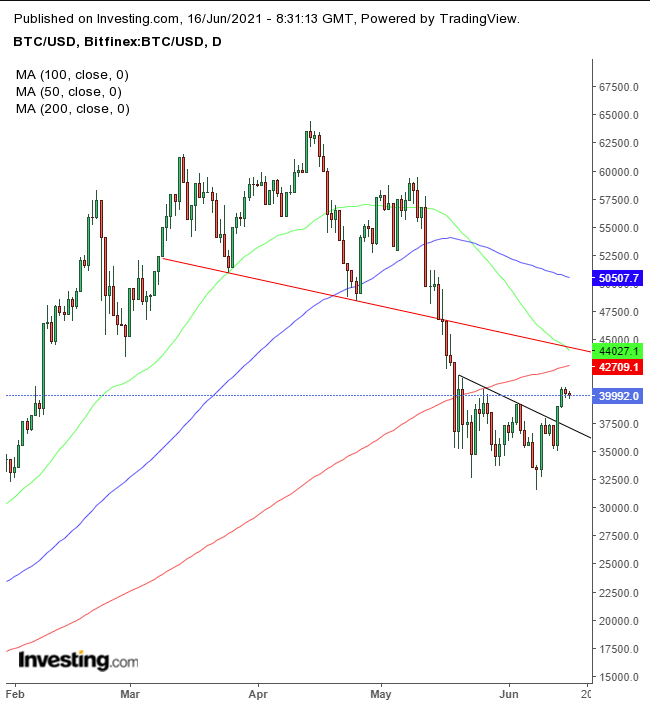 Technically, the price is between the support of a small bottom and the potential resistance of the extended neckline of a H&S top.

extended an advance to the highest levels since 2018 on a tightening market. However, the rally appears to be weakening. 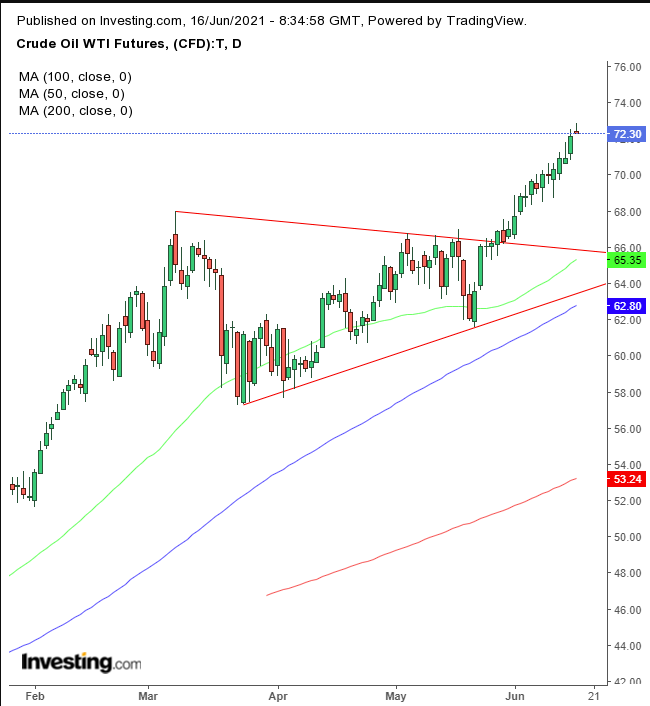 The price developed a shooting doji star, having gapped up following a relatively long candle, opening up the potential for an Evening Star. We have been waiting for a pullback following the upside breakout of a bullish triangle.

In other commodity news, China came down hard on commodity speculators, after the demand in the Asian nation was already on the decline, provoking a selloff in the likes of .

The red metal reversed a potentially bullish wedge, turning into a H&S top, which would retest its uptrend line.