Global trade seems to be on the mend on Tuesday, with European shares climbing back to positive territory and Asian indices trimming down losses after heightened worries over a squeeze on international trade and investment sparked a heavy equity selloff on Monday.

However, US futures for the , and remain mixed at the time of writing, signaling that the global rebound may be tested again during the upcoming US session.

Yields on US Treasurys also bounced back after a three-day decline, while prices crawled higher after US Energy Secretary Rick Perry called for more energetic measures to tackle the global oil supply shortage.

The opened 0.15 percent higher and extended the rally to 0.2 percent, led by miners and banks. However, the price is currently drifting.

Earlier this morning, during the Asian session, Japan’s managed to turn a 0.9 percent loss into a 0.15 percent advance, but only after confirming, with an extended low, the downtrend from the May high. 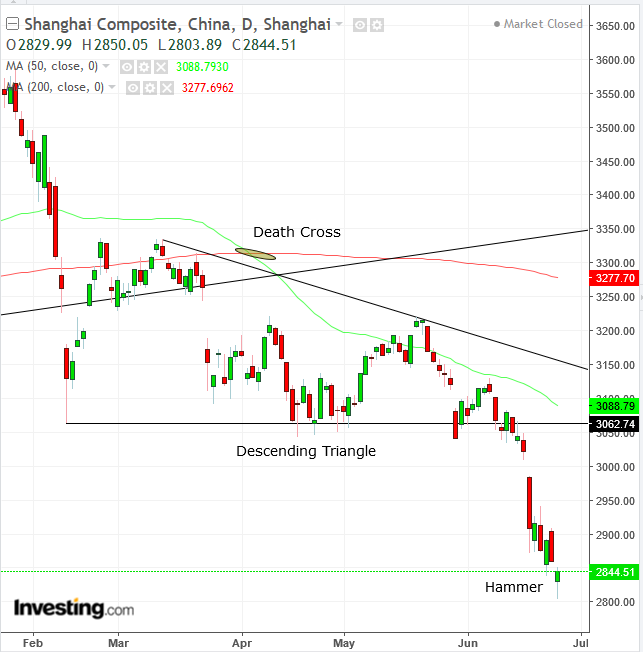 China’s rebounded impressively, trimming a 1.9 percent selloff down to a more manageable 0.5 percent drop. However, the initial slide—sparked by mounting worries over the country’s ability to withstand a fully-fledged trade war with the US—extended a decline from the January high, pushing the index to a 20-percent slump: the official mark of a bear market.

Hong Kong’s also enjoyed a major recovery, turning a 1.6 percent loss into a limited 0.10 decline. Today’s low brought the aggregate decline from the January high to just under 15 percent.

As well, South Korea’s managed to turn a 0.75 percent fall into a minor setback of less than 0.05 percent.

Australia’s trimmed 0.8 percent losses down to minus 0.2. The weak performance of the index, which closed in the red for the third straight session, signaled investors had finally succumbed to global risk-off pressures, after they’d been defying the region’s downward trend since mid-month.

The extreme price swings seen across global markets today follow a US equity selloff that saw the close below its 200-day moving average and the tumble 1.4 percent on Monday—though the latter benchmark managed to bounce back from a plunge of over 2 percent.

But the selling was even more pronounced for tech shares: the sank 2.2 percent lower, roiled by the looming prospect of trade restrictions on foreign investments into US technology—a move that could, more broadly, slash demand for tech stocks.

The market theme that continues to cloud investor sentiment is the growing threat that trade tensions between the US and its key global trading partners will end up halting the first synchronized global growth in a decade. Peter Navarro, trade adviser to US President Donald Trump, tried to calm investor nerves late on Monday suggesting that curbs on foreign investments will be less extensive than currently priced in by markets.

However, despite the tentative policy softening signaled by Navarro—who went on to say that the US economy remains “bullish” and that the country’s growth is poised to hit 4 percent—investors seem to be repositioning after noting that Trump’s verbal threats, which many expected would be nothing more than rhetoric, are, in fact, beginning to translate into tangible trade policy measures. 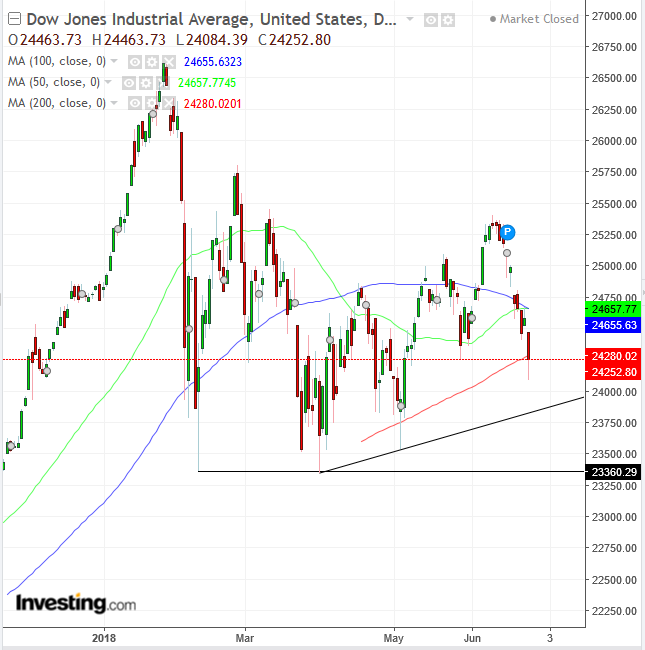 Despite the recent selloffs, US equities remain in an uptrend. Even the Dow Jones, whose mega cap, multinational companies rely more heavily on exports for growth and thus tend to suffer widespread selling in times of trade jitters, is still well above its uptrend line and 3.75 percent above its April lows, underscoring good levels of demand.

In other news, WTI crude climbed back above the 50 DMA and flirted with the $75 key level on Perry’s comments. Technically, however, WTI and Brent prices are in consolidation mode for the third and sixth day respectively, as traders try to make up their minds about the outlook for the price of oil. 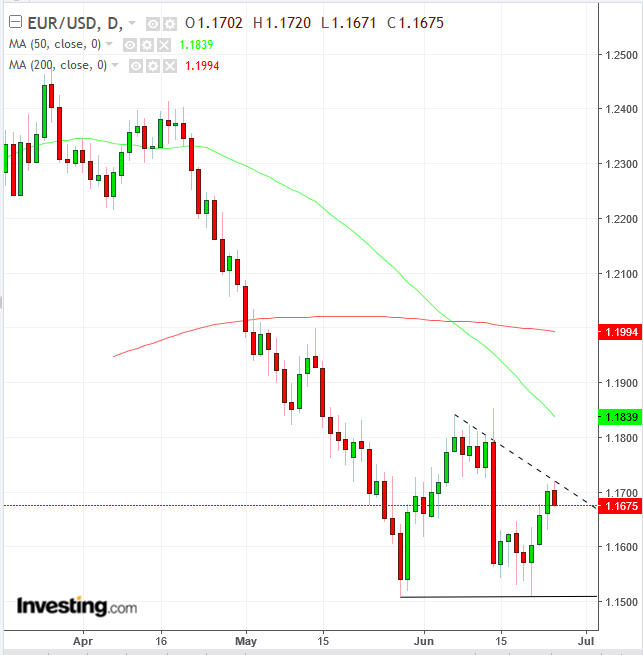 The is strengthening against all major currencies, though it’s flat against the . The is potentially developing a descending triangle. Note that its bottom is right on top of the 1.1500 round-psychological level, demonstrating the struggle between bulls and bears at this level. 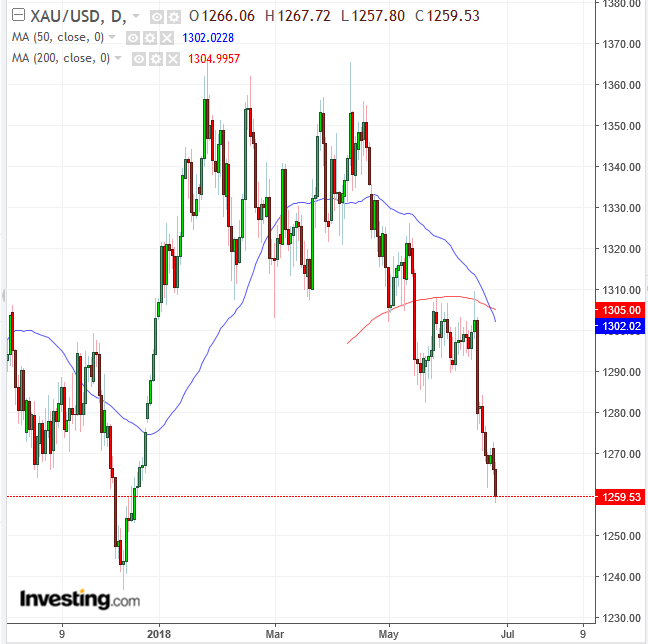