U.S. Treasurys yields remained the main market driver this morning, after the Federal Reserve’s pause in interest rate tightening—due to a —resulted in the first – inversion since the one that preceded the 2008 financial crash. 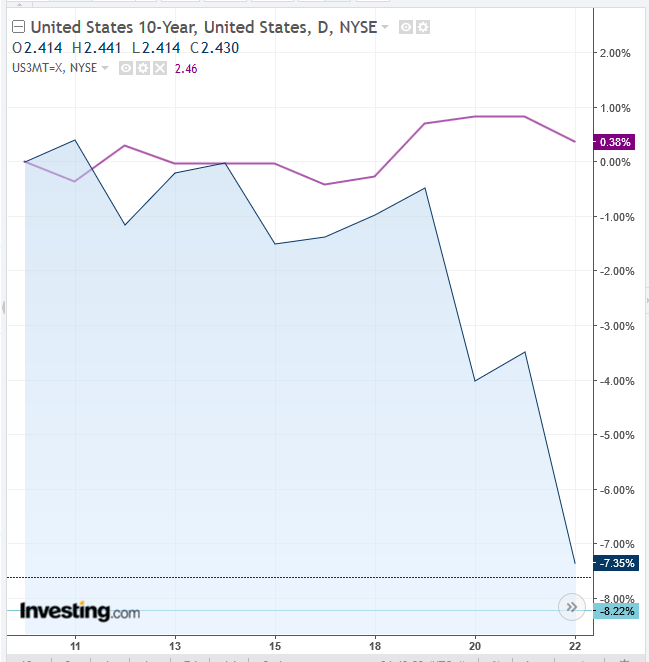 After yesterday’s market breakdown, which saw the yield on 10-year bonds drop to the lowest level since 2017 and close at 2.414, yields were paring losses on Wednesday, erasing half of that slide. They still remained below the 3-month return of 2.459.

The opened deep in the red, as new recession fears in the U.S. added to existing signs of a slowdown in the old continent and the yet unknown disruptive potential of the Brexit saga kept investors fretting. However, after echoing last week’s losses, which had marked the steepest fall of the year, the pan-European benchmark rebounded over the morning session, climbing steadily into the green.

Futures on the , and were also sitting comfortably in positive territory by late European morning, as investors shrugged off fears prompted by Friday’s yield inversion and the ensuing equity sell-off.

Earlier, in the Asian session, most equities edged higher, posting a correction after two days of losses. Investors may have felt more comfortable to buy an equity dip that tracked a rebound in 10-year bond yields, hoping that the inversion would recalibrate into a more hopeful formation, in which longer-dated bonds pay out higher yields.

MSCI’s broadest index of rebounded 0.2% from a 1.4% loss in the previous session. Japan’s jumped 2.15%, after recording its biggest drop since late December on Monday. Conversely, China’s slid 1.51%.

Ahead of yesterday’s U.S. session, market structure broke down, as traders sold both shares and Treasurys—usually the go-to asset to move cash to in a risk-off environment. This rare combination of shorting a wide range of securities—the reverse of what happened after Donald Trump’s 2016 presidential victory—underscored either market confusion or investors’ discomfort with financial assets altogether, which potentially flashes an ominous sign for the market.

In the final two-hours of trading, the market gears clicked back into their natural position, with yields ending lower, as Treasury demand picked up at the expense of equities, most of which closed lower. It is noteworthy though that both ends of the stock market capitalization spectrum bucked the trend, as both the (+0.06%) and the (+0.62%) pared losses, ending in positive territory. 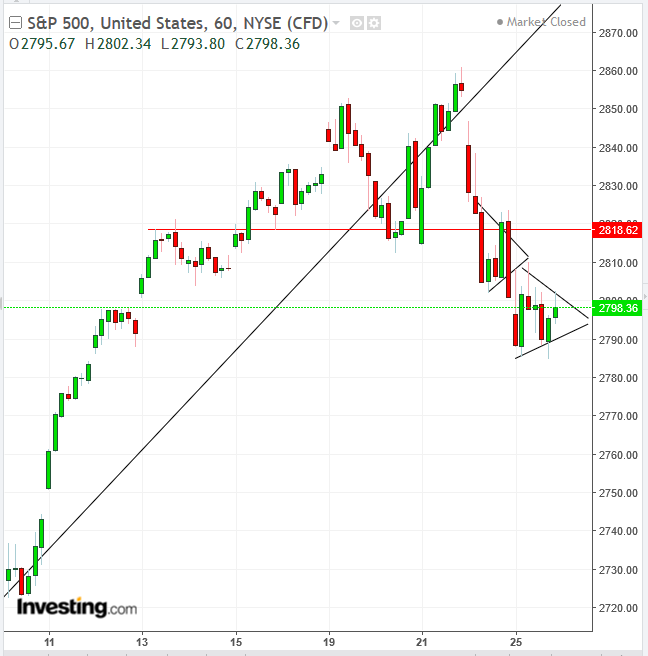 After swinging between 0.55% losses and 0.33% gains, the edged 0.08% lower, after suffering its worst selloff since the beginning of the year on Friday. Defensive stocks in the (+0.59%) sector were the best performer, while (-0.44%) and (-0.43%) stocks dragged the index lower—the latter taking a hit from the Fed’s recent . Apple (NASDAQ:) (-1.21%) weighed on the broader index as the much anticipated announcement on the tech giant’s services business—the “next big thing” that should have taken the iPhone maker to the next level after the smartphone market’s saturation—disappointed investors.

Technically, the SPX is gearing up for another selloff, after falling below its uptrend line from the December bottom, as well as developing repeated bearish patterns on the hourly chart. 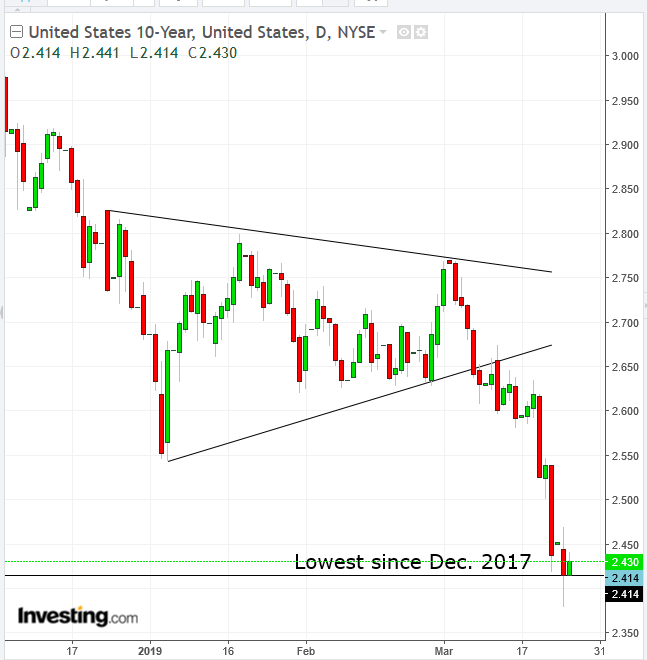 While investors may feel more at ease today, the outlook on 10-year yields is edging lower after they slipped below their uptrend line since mid-2016 and completed a bearish pattern. The weakening outlook potentially deepens the yield inversion, a signal many consider a leading recession indicator. 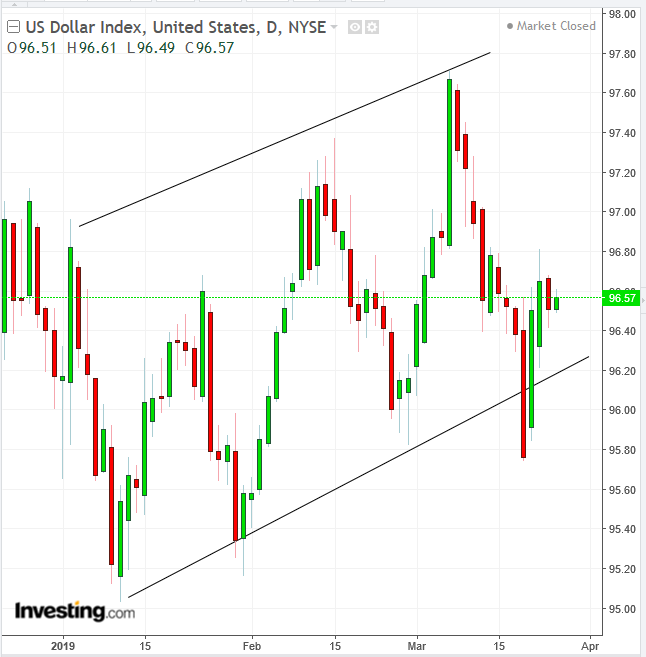 Meanwhile, the was paring Monday’s losses, aiming to resume its uptrend within an ascending channel. In line with the USD move, is ticking lower for the first time in three days.

In the U.K., the dropped after Prime Minister Theresa May admitted she lacked parliamentary support to hold a third vote on her Brexit proposal, and MPs gained broader control over the separation process—heading for a series of votes on Wednesday that will allow them to have their say on key items of the Brexit agenda.

rebounded after a three-day selloff on the outlook that a recession with lead to lower demand. Rising tension in Venezuela also sparked worries of further supply disruptions.