European shares and futures for the , and were all in deep red territory this morning after the global selloff worsened during the Asian session, as Saudi Arabia’s diplomatic isolation and renewed fears of trade disruption prompted investors to rotate out of equities and into safe haven assets such as the , and US Treasurys. 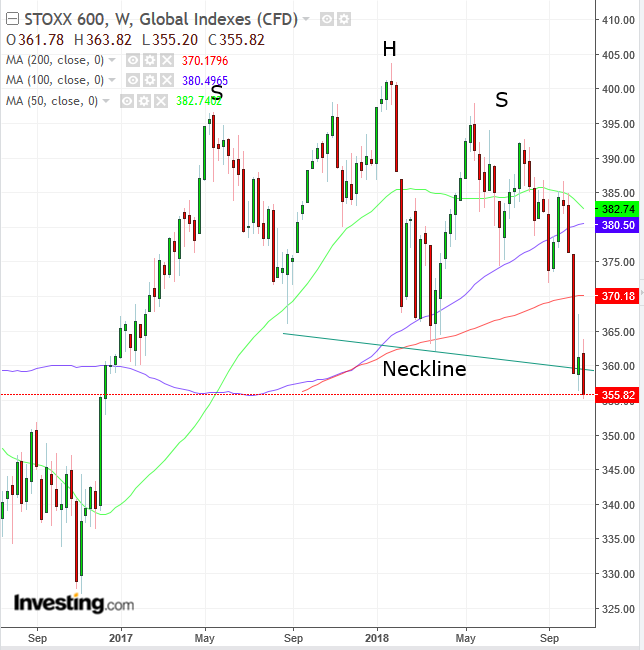 The European slipped to its lowest level since December 2016, completing a massive, 17-month H&S top.

During Asian trade, regional benchmarks flashed red across the board, as equities gave up the gains of the previous two sessions, which had been spurred by Chinese policymakers’ promises of broad economic stimulus. Hong Kong’s underperformed, tumbling 3.08 percent, followed by Japan’s , which gave back 2.7 percent. 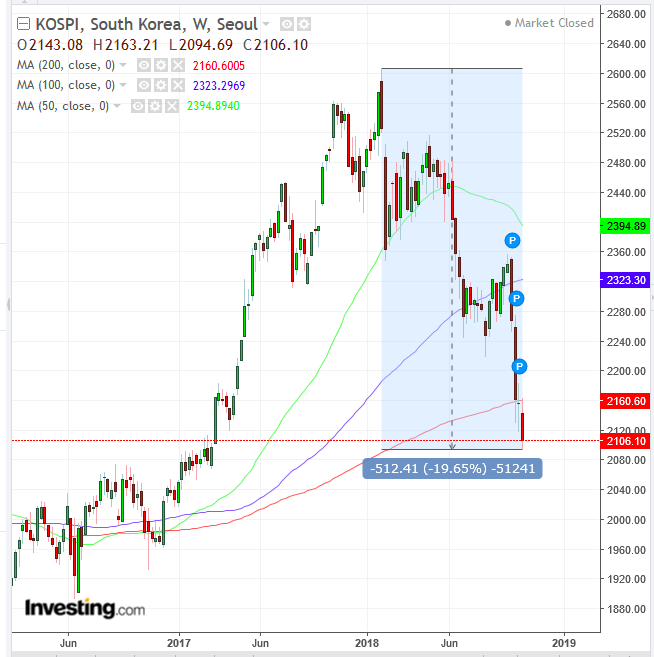 South Korea’s lost 2.57 percent and is now flirting with a bear market, having dropped 19.65 percent from its January record.

Most US shares dropped yesterday after a volatile session. Losses in financials and energy stocks reversed a positive open—which had initially been buoyed by positive headlines from Italy and China.

FAANG stocks still managed to offset some of the losses, pulling the broader sector higher (0.83 percent).

The slid 0.43 percent, closing below the 200 DMA for the first time in over a week. Nine sectors ended yesterday’s session in negative territory, with more than three companies falling for every two rising. (+0.4 percent) was the second best performer after technology. 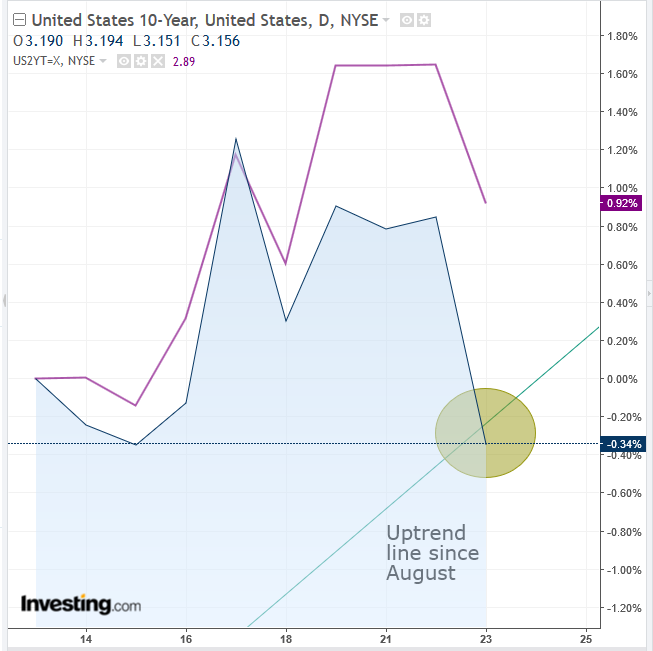 On the opposite side of the spectrum, underperformed (-2.14 percent), after the yield curve between and US Treasurys hit its flattest level in over two weeks ahead of new debt auctions, suggesting a lower outlook for long-term interest rates and bank profits.

shares, already weighed down by falling prices, were dragged lower by Halliburton’s (NYSE:) warning that would miss estimates amid ongoing weakness in the North American hydraulic fracturing market.

The underperformed, giving up 0.5 percent but holding above its 200 DMA. The industrial benchmark swung between gains and losses of more than 100 points, highlighting the choppiness in US equities as they struggle to recover from the recent selloffs even as earnings season gathers steam.

The (+0.26) outperformed thanks to FAANG shares, while the dropped 0.16 percent. Technically, the small cap index has found resistance by the 200 DMA, below where it remains for a third consecutive day.

After a long period during which investors seemed immune to geopolitical risk, there are now signs of a flight to safety, as we have highlighted with the technical breakdown of small caps listed on the Russell 2000. However, US , to be released later this week, as well as earnings from market favorites such as (NASDAQ:), (NASDAQ:), (NASDAQ:), and (NASDAQ:) could provide investors with the motivation they need to resume their battle against a bear market.

Meanwhile, oil edged lower despite the looming November 4 deadline for US sanctions against Iran, after Saudi Arabia vowed to play a “responsible role” in energy markets, perhaps to ease tensions surrounding the killing of Saudi journalist Jamal Khashoggi. 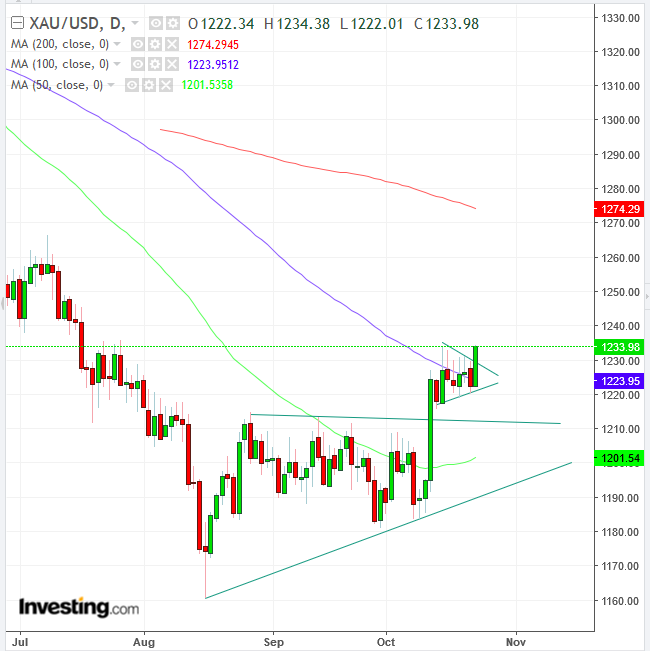 hit a three-month high. It broke out of a bullish pennant and crossed above the 100 DMA, suggesting bulls are prepared to realize the target of its ascending triangle-bottom.