European equities and futures on the , and all tumbled into negative territory this morning, after fresh accusations against China by US President Donald Trump dampened investor sentiment and overshadowed upbeat economic data and yesterday’s record-setting stock performance in the US. 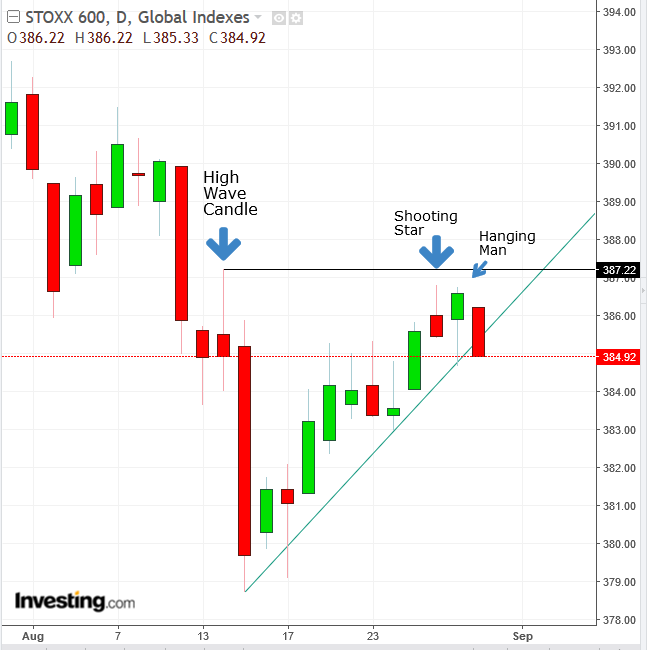 The region-wide pared about half of yesterday’s advance at the open and then extended losses, dragged down by mining shares. Technically, today’s trade crossed below the uptrend line since mid-August, after yesterday’s hammer reiterated the resistance at this price level. This followed Tuesday’s shooting star, which in turn confirmed the bearishness of the high wave candle posted August 14. Note that a hanging man requires confirmation with a close lower than the hanging man’s body.

The underwhelming stock performance seen across Asian markets, which is unusual after the repeated and decisive equity record highs posted in the US, underscores the depth of trader fears.

Yesterday, US stocks hit new records after the second quarter US was revised up to 4.2 percent from 4 percent on imports and software spending, bolstering the most substantial period of growth since 2014. Higher-than-expected imports were the most impressive element, considering recent strength, which makes goods denominated in other currencies costlier.

The technology sector led the rally, helped by Morgan Stanley upgraded its price target for Amazon (NASDAQ:) to $2500 and for Alphabet (NASDAQ:) to $1,515. An additional catalyst was provided by the revised North American trade agreement.

The climbed 0.57 percent, advancing for a forth straight day and closing above the 2,900 level for the first time ever. Even more noteworthy is its close at the top of the session, demonstrating consistency in investor sentiment.

The underperformed its US peers, ticking 0.23 percent higher after swinging between gains and losses. Since it closed off the session’s highs, its traders posted less conviction than on other indices, in line with the greater sensitivity, by the mega-cap companies listed on the Dow, to global trade uncertainty. Tensions over the lack of progress in US-China trade negotiations worsened after President Donald Trump accused China of undermining his efforts to convince North Korea to give up its nuclear ambitions. 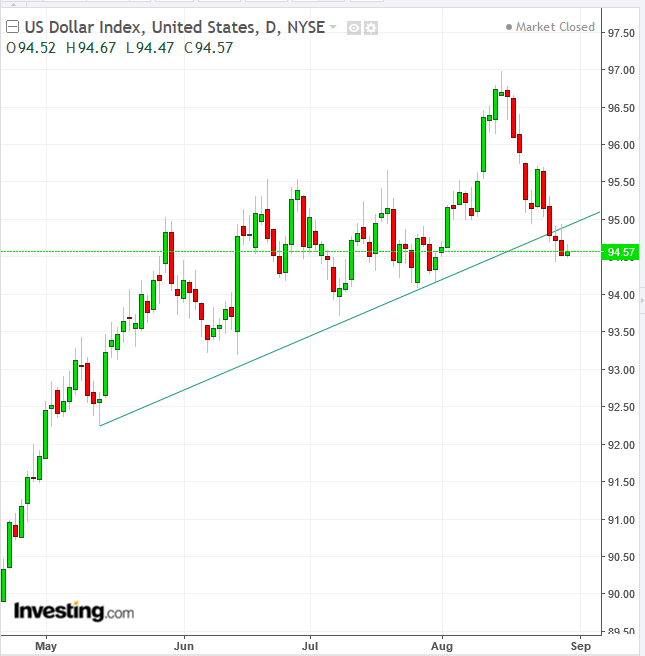 In currency markets, the bounced back but gave up a more significant rebound. It continues to trade beneath its uptrend line since mid-May, for the fourth consecutive session.

The slumped after for the second quarter heavily undershot expectations, while the tumbled as hit a 10-year low. The bounced off an all-time low but is currently edging lower.

slipped lower for a second day, below the $7,000 level, despite news reports that Yahoo Finance has integrated Bitcoin, and trading. 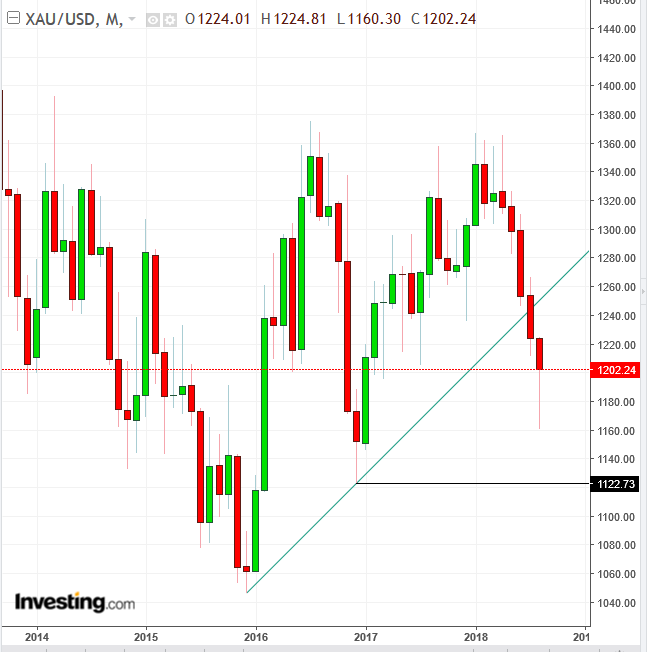 is on track for its fifth consecutive monthly drop, trading lower today. Technically, the precious metal extended its July cross below the uptrend line which has been in place since December 2015. Its next significant support is the preceding long-term trough of $1,122.73, posted on December 2016. 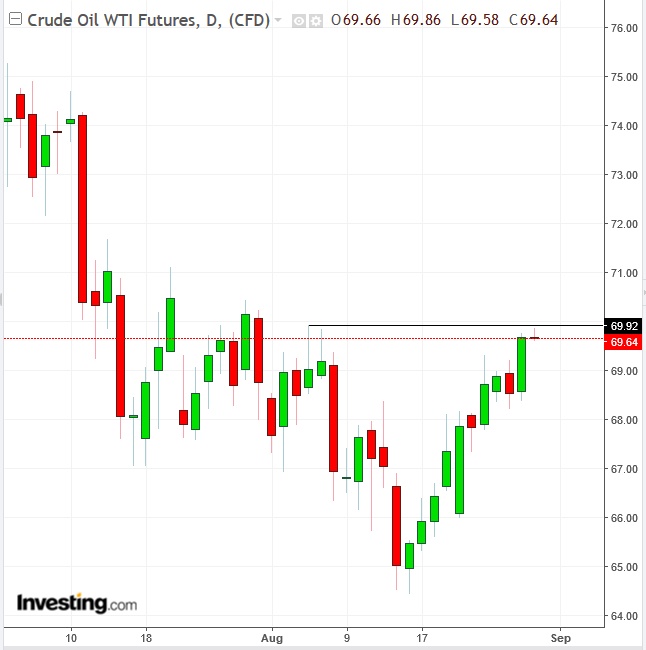 slid after giving up earlier gains, falling back below the $70 level, following a bigger-than-expected decline in . Should the price close at this level, it would post a shooting star, which would confirm the resistance revealed by two consecutive, preceding shooting starts posted August 6 and 7.