Global stocks and futures for the , and were mixed this morning as investors struggled to find stable footing amid multiple headwinds: globally, the perceived threat to the worldwide growth trajectory caused by an unrelenting US-China trade war; in the US, rising interest rates and heightened uncertainty stemming from ongoing political developments.

However, both European shares and US futures contracts were seen edging higher later in the session, pointing to a rebound from extended Asian weakness. 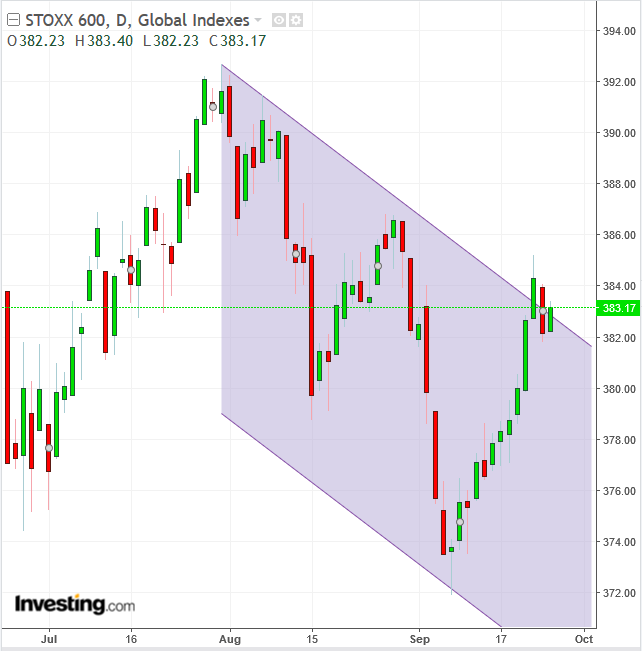 Earlier, during Asian trade, most regional benchmarks slipped lower. Japan’s bucked the trend, climbing 0.15 percent to the highest level since late-January, just 0.8 percent away from levels last seen in December 1991.

China’s shed 0.58 percent on the new batch of US tariffs. Property shares tumbled, mirroring the declines seen yesterday among their US counterparts, as local provinces are considering whether to scrap the property pre-sale system that allowed developers to secure funds even while projects are still under construction.

Yesterday, worries that the US-Sino trade dispute would end the first synchronized global growth in a decade were reignited after China refused to meet with US representatives unless the Trump administration stopped threatening to impose further tariffs. Further weighing on stock performance were reports that US Deputy Attorney General Rod Rosenstein, who oversees a probe into Russia’s interference with the 2016 US presidential election, could soon leave his post.

The dropped 0.35 percent, extending the over 0.7 percent take-profit correction that followed the index’s new all-time-highs. (-1.71 percent) and (-1.4 percent) both slid on the trade war escalation. stocks (-1.96 percent) underperformed, while shares (+1.46 percent) outperformed on the back of ‘s price surge following the decision, by OPEC and NOPEC oil producers, to refrain from stepping up production to offset potential Iran supply glitches. (-1.53 percent) also fell, underscoring investor eagerness to cash out.

The , whose listed mega-cap firms depend heavily on foreign markets, was Monday’s worst performer, giving up 0.68 percent. The slipped 0.41 percent. The was the only US major closing in positive territory, edging 0.08 percent higher. 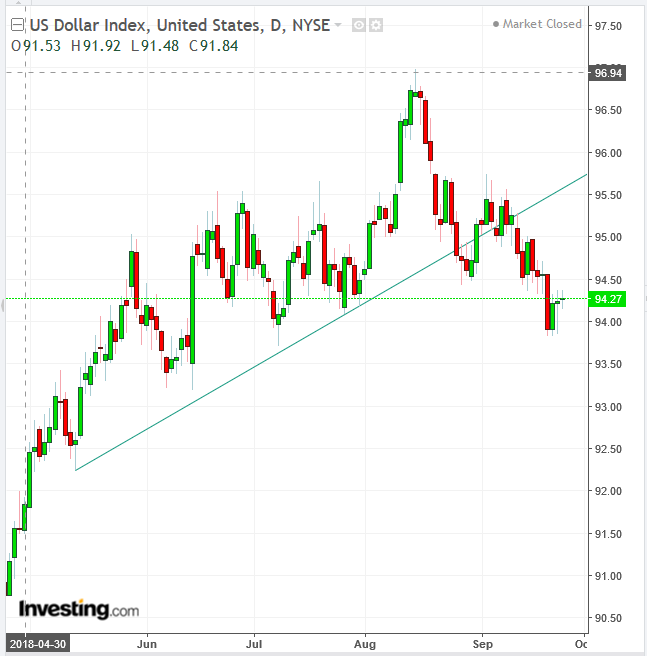 Despite the prospect of looming and the increased trade risk, the seems unable to climb back up above 95.00, where it found support for over two months. Perhaps the Fed’s expected on Wednesday is already fully priced in, or the greenback is loosing its shine as the go-to safe haven in times of trade uncertainty.

Interestingly, traders are also not seeking refuge in the , which fell for the fourth straight day against the USD. A close at this level would mark the lowest level for the Japanese currency since January.

is flat, which suggests that investors are also shunning the yellow metal’s trademark safety. 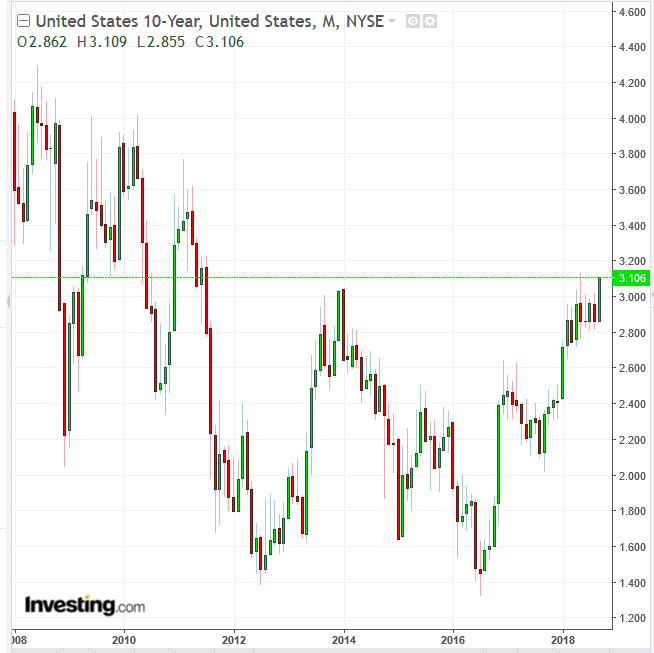 Meanwhile, yields on Treasurys reached 3.104, just under 0.8 percent away from their highest level since July, as investors sold off their bond holdings. If we also consider yesterday’s equity losses, it appears that traders have held onto cash. 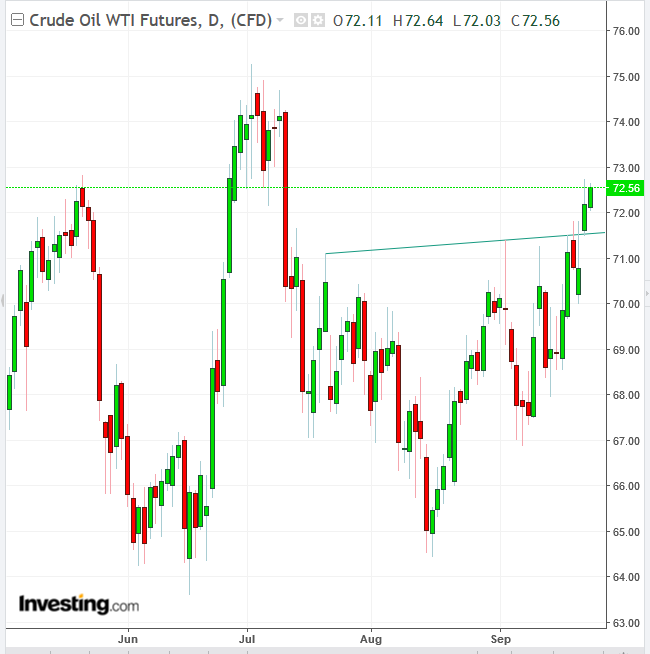 reached the halfway point to $73 after OPEC and Russia were seen unwilling to step up their production to offset a potential shortage stemming from Iran’s sanctions. crossed over the $80 level, a resistance level since mid-May, hitting a four-year high. Technically, WTI extended a penetration to an H&S bottom neckline. This upward trajectory could signal a new era for energy prices.