All four major US contracts—for the , , and —advanced on Wednesday while European shares slipped. Asian regional indices were mixed, as hopes of economic recoveries grow ahead of the easing of US lockdowns, while European shares were pressured by uneven earnings results and additional negative data.

Yields climbed on increased risk-off sentiment. The dollar was flat.

The pan-European , opened lower, but is now relatively flat. Mixed earnings results and ongoing US-China discord on markets. Still, it’s difficult to reconcile that narrative with the fact that both US futures and gained.

This morning, Asian stocks pushed higher after China allowed its to rise. That was seen as a gesture of good will by Beijing to the US, a way, perhaps, of relieving renewed pandemic-related trade tensions.

Yesterday, US stocks pared gains in the final 45 minutes of Wall Street trading after Fed Vice Chairman Richard Clarida warned that all the stimulus thus far is insufficient to support the economy and the government will need to do more. St. Louis Fed President James Bullard admitted that the unprecedented Fed stimulus is “very much an experiment.”

President Donald Trump reiterated his charge that COVID-19 and the devastation it’s brought is China’s fault, reawakening concerns of a trade war. The earlier rally reversed, but the still advanced 0.9% on a gap and the tech-heavy finished up 1.13%. 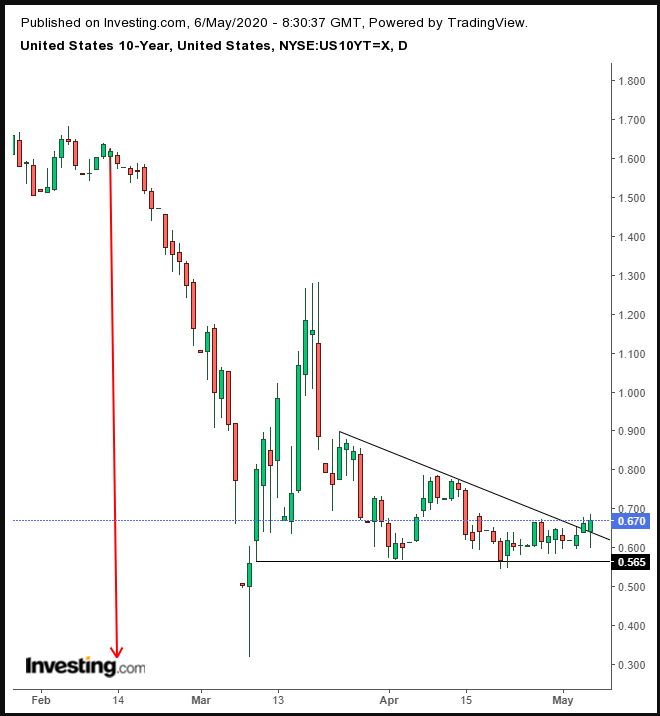 Investors are selling Treasurys in hopes of participating in the equity rally, fueled by the promise of the economy returning to normal. Technically, rates extended the penetration of an upside breakout to a possible ascending triangle. If this sovereign bond rally is sustained it will blow out a bearish pattern.

The advanced for the third day yesterday and continued to rise in early Wednesday trade. 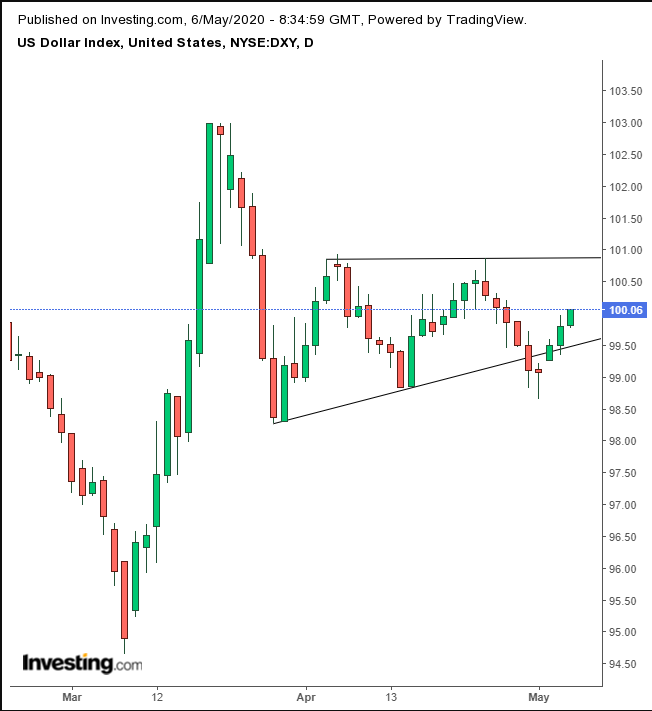 According to some analysts, “Since the onset of the coronavirus pandemic in March, the dollar has developed a positive correlation with US stocks,” in direct opposition to its normal, negative correlation. Technically, the three-day rally allowed the greenback to climb back into an ascending triangle, rendering its Thursday-Friday dip below the pattern a fakeout.

However, an ascending triangle is a structurally bullish pattern, as the demand line accelerates while the supply line remains flat. Counterintuitively this move follows a decline, demonstrating that the market is structurally out of whack.

This has been manifesting in other ways as well. After made history by crashing well below zero just a few weeks ago, WTI is experiencing a tremendous rally, boosting demand for its base currency, the USD. 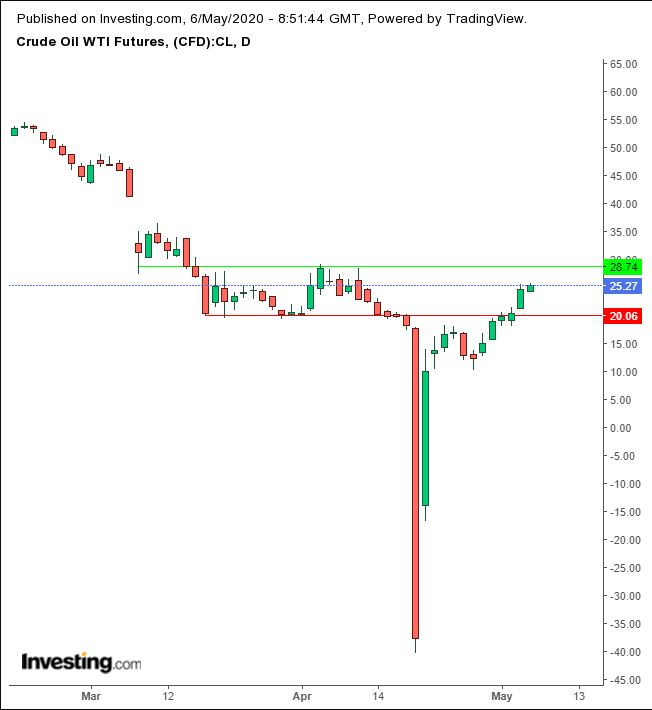 Crude fluctuated, struggling to keep its sharp advance alive, as investors weigh an in the face of optimism of restarting global economies. From a technical perspective, the $25 mark—which oil has now surpassed—is a psychological milestone, though we only consider the level firm on a closing basis.

Overall, oil is presumed to be ranging between $20, an important support-resistance level since March 18, and $30, the next supply and demand line since March 9. There are those, however, who think that oil has a lot more upside.

fell for a second day as the dollar’s rally made it more expensive. 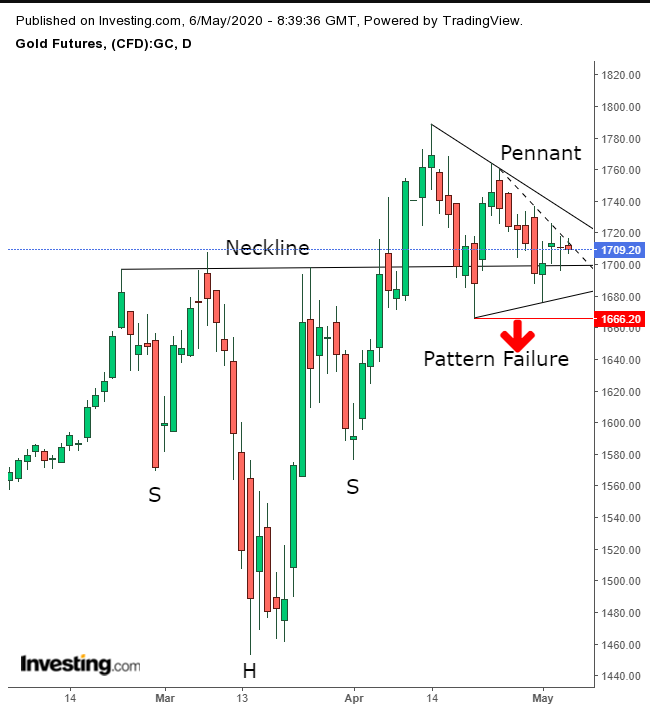 The yellow metal resumed trading within a bullish pennant, which would be complete with an upside breakout. This would also complete the return move of a H&S continuation pattern.