Shares in Europe resumed their rebound this morning, in tandem with US futures for the , and , after stocks in Asia earlier today extended their worst selloff in 16 years. This comes as investors focus on monetary policy while also keeping a wary eye on the ongoing US-China trade war. Treasuries steadied though the selloff continued.

The pan-European opened 0.15 percent higher and is currently prolonging its advance, led by energy shares and miners which followed futures higher, offsetting news out of China that the country is seeking to retaliate with additional tariffs against the US. 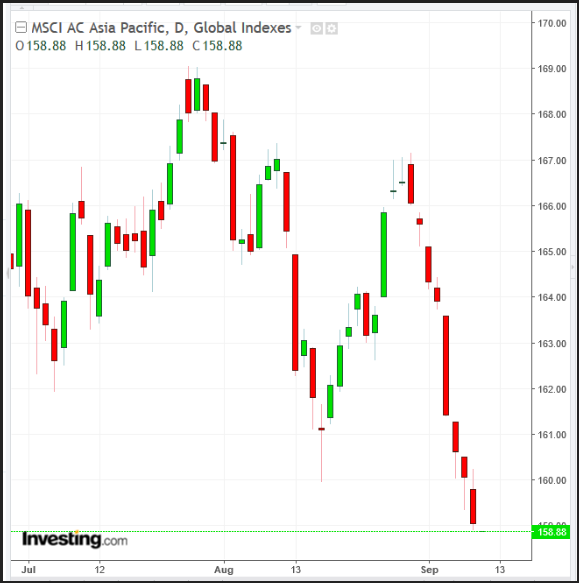 This morning In Asia, the dropped for a tenth straight session, extending total losses to roughly 5 percent, compressing its value by almost $700 billion this year. This is the benchmark’s longest selloff since 2002, this time triggered by trade tensions, the ongoing emerging markets meltdown and a stronger dollar sucking investments out of the region.

During yesterday’s US session, stocks advanced. shares and stocks followed crude oil higher. The climbed for a second day, up 0.37 percent, led by (+1.00 percent) and Energy (+0.95 percent). (-0.37 percent) and (-0.26 percent), defensive sectors both, underperformed.

The advanced 0.44 percent, recovering from Monday’s losses, as traders managed to shrug off the US-Sino diplomatic dispute. The outperformed, scoring a 0.61 percent gain for a second day. Alphabet (NASDAQ:) pushed the tech-heavy up the most in about two weeks. It gained 0.81 percent. The squeezed out a 0.05 percent gain. 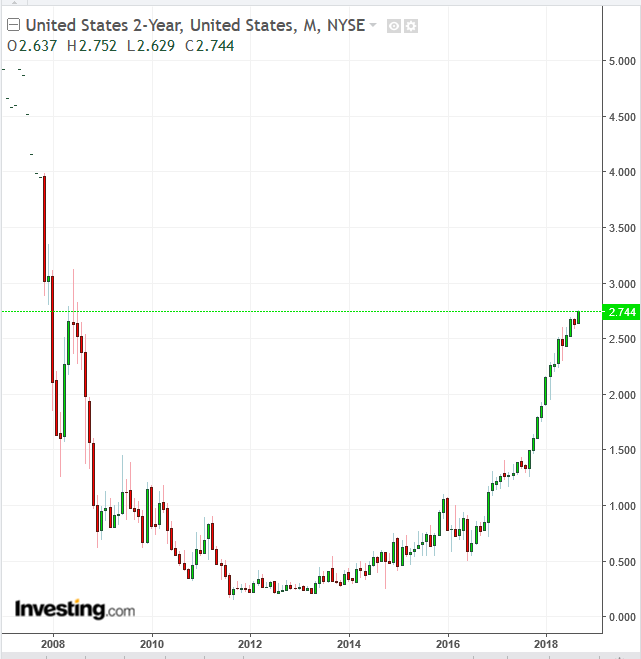 The Treasury yield extended its climb to a decade high.

Central banks are back in the spotlight this week, with policy meetings on tap for the and as well as for Turkish and central banks. As well, market participants are increasingly preparing for the Fed to two more times in 2018, the next likely hike scheduled for the 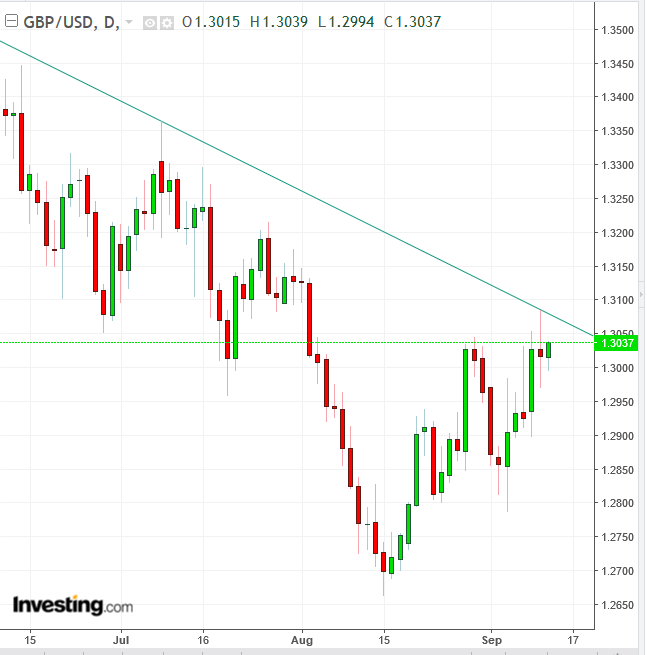 In forex markets this morning, the and recovered initially, as both Britain and the EU continued attempts to foster an amicable split—pushing the dollar into a decline. However, as of time of writing both the single currency and cable are falling, on breaking news of a potential leadership challenge to the UK Prime Minister Theresa May.

Technically, the pound yesterday reached its downtrend line since early May, only to close below it, suggesting a resistance. Moreover, it formed a high wave candle, denoting a lack of direction.

Though threats from ongoing trade tensions and Brexit negotiations continue to linger, investors are currently honed in on the potential for extreme weather to disrupt economic activity as Category 4 Hurricane Florence continues to power over the Atlantic, as it heads toward the US’s east coast. 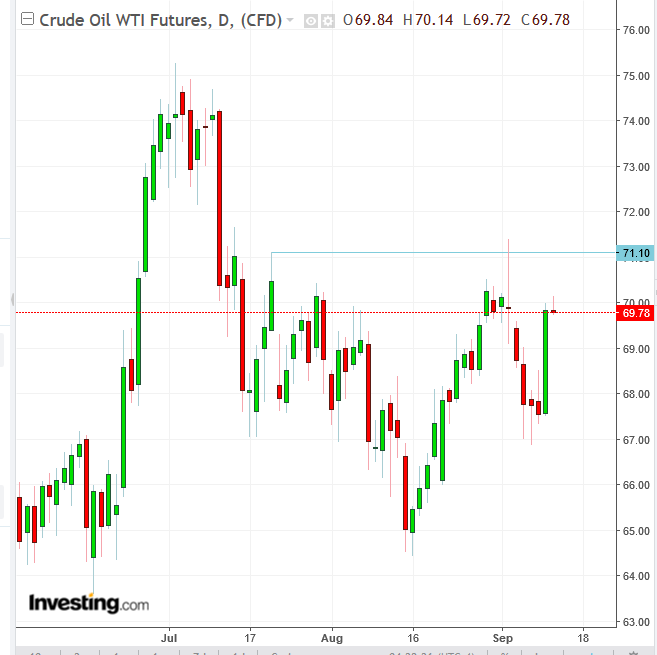 Oil prices held on to yesterday’s more than 3.4 percent surge, propelled by Hurricane Florence, lower US and the looming Iran sanctions. Technically, the price may be bottoming. Any movement above $71.10 could complete an H&S bottom.

All information is correct as of time of writing