US futures on the , and slid alongside European equities on Monday, following a fresh drop in Asian shares on the endless US-China trade war roller coaster.

Earlier this morning, during the Asian session, Japan’s dropped 1 percent, extending Friday’s retreat, wiping out two days of gains. Technically, prices on the Japanese benchmark posted a fresh low, extending the downtrend from the May high.

Chinese shares on the also gave up 1 percent, just as the was losing ground for the fourth session out of five, upon breaking the top side of a downtrend since December 2016.

China’s stocks and currency took a hit after People’s Bank of China s announced on Sunday that it would cut the required reserve ratio for some banks, effectively releasing more than $100 billion worth of funds that could be injected into the country’s slowing economy—a move that was widely anticipated but that, judging by the strong market reaction, investors had failed to fully price in.

Hong Kong’s underperformed its regional peers, tumbling 1.35 percent to the lowest level since December, and extending a downside breakout to a bearish symmetrical triangle. 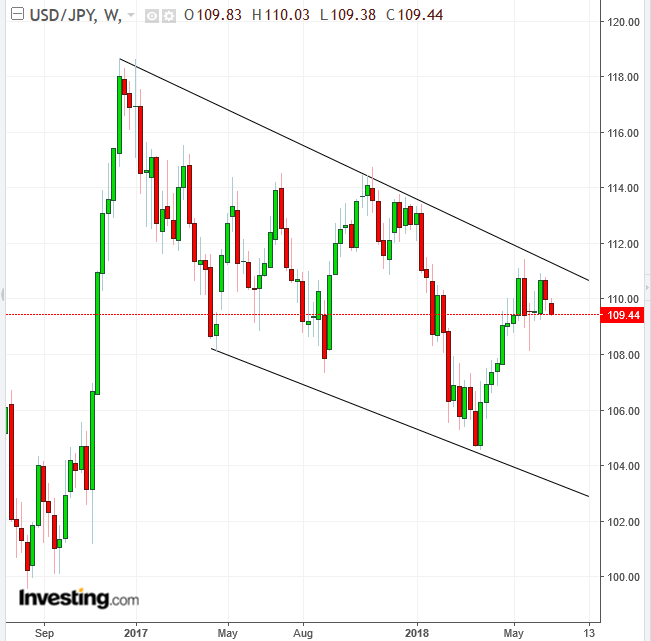 Meanwhile, the is rising event against falling yields, propped up by both a positive interest rate differential against its global peers and the broader risk-off sentiment. However, the greenback is still lower against the , for a second day, upon reaching the top of a falling channel since the beginning of last year.

The stronger USD is also weighing on , down for a third straight day and edging nearer its uptrend line since December 2015.

As the market week opens, the trade tensions between the world’s two largest economies, that have repeatedly rattled markets in June—while draining funds out of EM assets—are set to remain at the forefront of investor focus.

The PBoC’s move in favor of boosting bank lending comes into effect on July 5. That’s one day before the first round of US tariffs on Chinese goods kicks in. Before that, the US Department of the Treasury is expected to lay out fresh rules on Chinese investment in technology companies. “This one could well result in an escalating trade war,” Lee Ferridge, a macro strategist at State Street Corp., told Bloomberg TV in Hong Kong. “ is going to continue to rise from here.”

As we have argued previously, tariffs enacted thus far are too small to undermine US growth; analysts expect a mere 0.1 percent drop in 2018 GDP growth, from 3 percent to 2.9 percent.

However, should US President Donald Trump’s threats to add a 10 percent levy on an additional $200 billion worth of Chinese goods, as well as a 20 percent duty on car shipments from the EU, actually materialize, the estimated GDP growth figure would shrink to 2.6 percent.

And this dampening effect on the US economy could well be exacerbated if it filtered through to consumer, business and investor confidence—a prospect that is not so unimaginable if even Federal Reserve Chairman Jerome Powell , on June 20, that there is mounting evidence that domestic companies are postponing both investment and staff hiring due to uncertainty around the possible outcomes of an ongoing trade war.

However, both the US economy and stock market have so far been able to shrug off the impact of the US-China trade spat, which for the time being continues to be considered as nothing more than a negotiation ploy. The question, going forward, is whether the trade tariff stakes will continue to rise or whether one of the two contenders will finally ratchet down hostilities and yield to pressure. 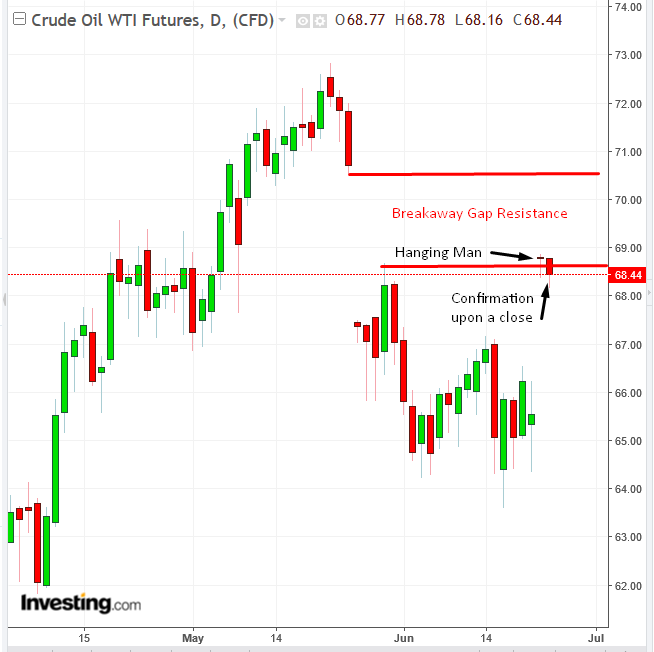 prices rebounded after an initial hit in the aftermath of Friday’s decision by OPEC and non-OPEC oil producing countries to go back to a lower level of supply limits—a move that is expected to add about 1 million barrels of oil per day. Analysts still forecast the oil market will remain tight for the remainder of the year. Last week’s meeting also solidified the current OPEC power dynamic, and highlighted two major beneficiaries from the agreement and two that have the most to lose going forward. 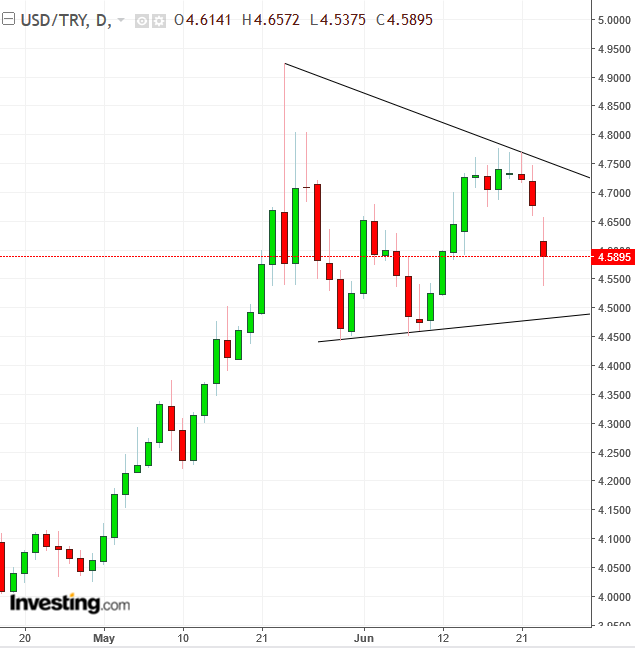 In Turkey on Sunday, President Recep Tayyip Erdoğan decisively won a new mandate to govern, in the first of a series of key elections across emerging markets. The extended gains for a second day, but Goldman Sachs analysts warned that the upward move is probably nothing more than a relief rally.

The beneficial impact of renewed political stability on the currency is likely to be short-lived. Technically, the USD/TRY pair is at equilibrium, as the extreme prices attracts sellers, while the dismal economic outlook of the country attracts demand. An upside breakout would occur after demand has absorbed all available supply at these levels. Buyers would then be forced to bid the prices higher to find willing sellers. 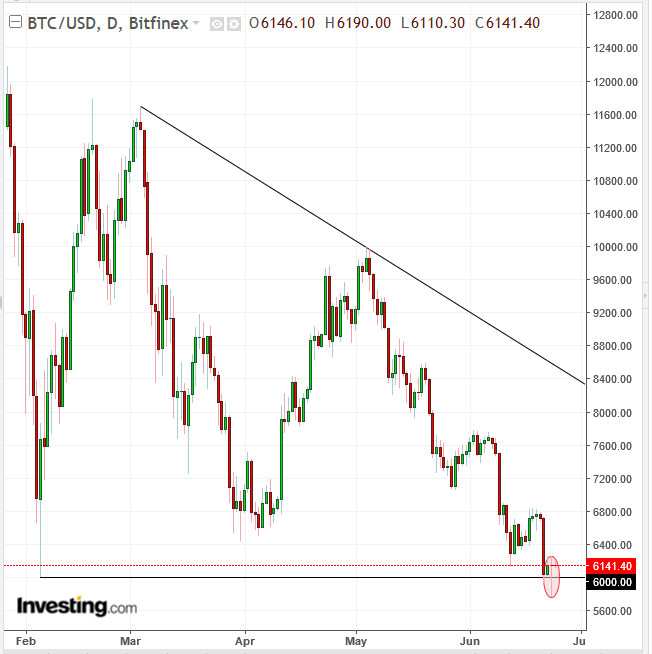 After falling below the February, $6000 low on Friday, providing a downside breakout to a massive symmetrical triangle consolidation and showing that sellers are outpacing buyers, the price of jumped back into the pattern, closing above it. The trading pattern developed a bullish hammer. Nevertheless, it is also poised to encourage another bear run. A close beneath the pattern would increase the probability of further declines.