European stocks on the and futures on the , and gave up early gains this morning. US futures, however, later climbed into positive territory, suggesting that Federal Reserve Chairman ’s upbeat outlook on the US economy, as well as headlines of favorable trade talks, may support US stocks in the upcoming session, though the news seems to have fallen short of boosting European markets.

One notable exception was the UK’s , which was trading at the height of the session after Prime Minister Theresa May secured backing from her cabinet for a withdrawal agreement with the EU on Wednesday. 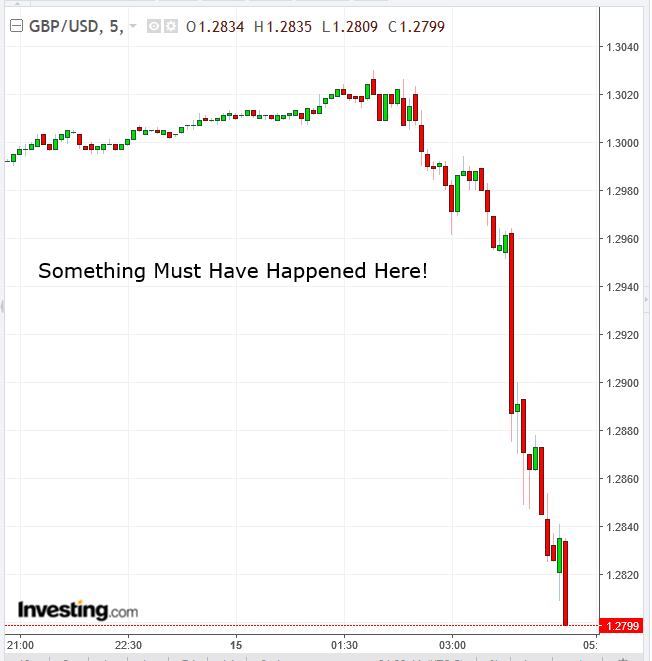 The , however, tumbled over a full percentage point to the lowest level since late October on reports that Brexit Secretary Dominic Raab had resigned, rebuffing May’s deal and reigniting fears over the PM’s ability to secure Parliament’s backing or even to survive as leader. On the data front, UK also disappointed across the board, adding to the downbeat sentiment.

In the earlier Asian session, Japan’s bucked the region’s upbeat trend, edging 0.2 percent lower, while Hong Kong’s jumped 1.75 percent after Tencent Holdings (HK:) Q3 earnings . China’s climbed 1.36 percent, as reports indicated officials have outlined a series of potential trade concessions to the US for the first time since the summer.

Yesterday, equities in the US dropped for a fifth consecutive session, after Democrats suggested they may reject the Trump Administration’s NAFTA 2.0 deal and Apple (NASDAQ:) continued to spark worries among investors. Traders shed their positions (-1.2%) as more Apple suppliers cut their respective outlook, setting the sector up for further losses.

The dropped 0.76 percent to the lowest level in two weeks, with all sectors but (+0.49 percent) in the red. (-1.35%) underperformed, dragged lower by Goldman Sachs’ (NYSE:) woes. The US investment bank has come under fire for a money laundering scandal involving a multi-billion dollar Malasian fund, with GS stock sinking as much as 13 percent in the last four days, hitting the lowest level since November 2016.

Given that investors long for stability, after all the current uncertainties from trade to Brexit and the Italian budget, perhaps the Fed’s policy steadfastness will begin to be appreciated by traders, even if it means a rising cost of borrowing. In a question-and-answer session late on Wednesday Powell played down recent turbulence in equities, saying volatility was only one of many factors that the Fed takes under consideration for its monetary policy decisions. Policy makers have raised interest rates three times this year and a is projected for next month. 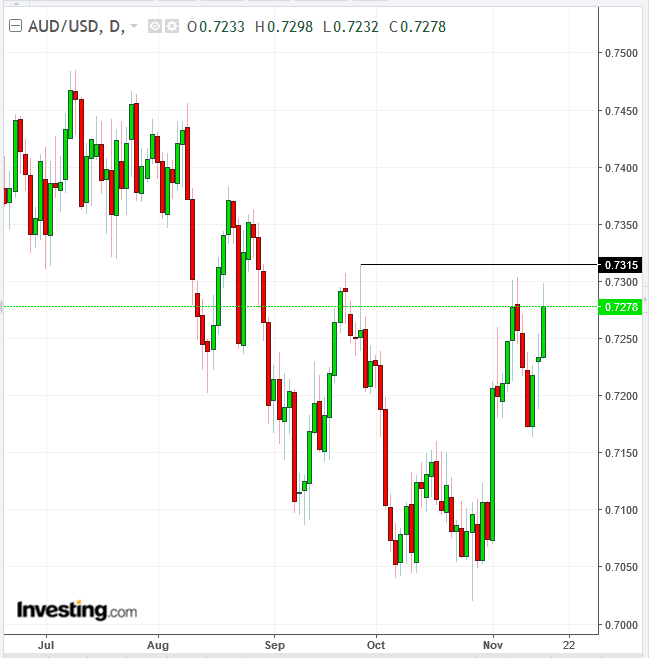 Elsewhere, the climbed after a strong . 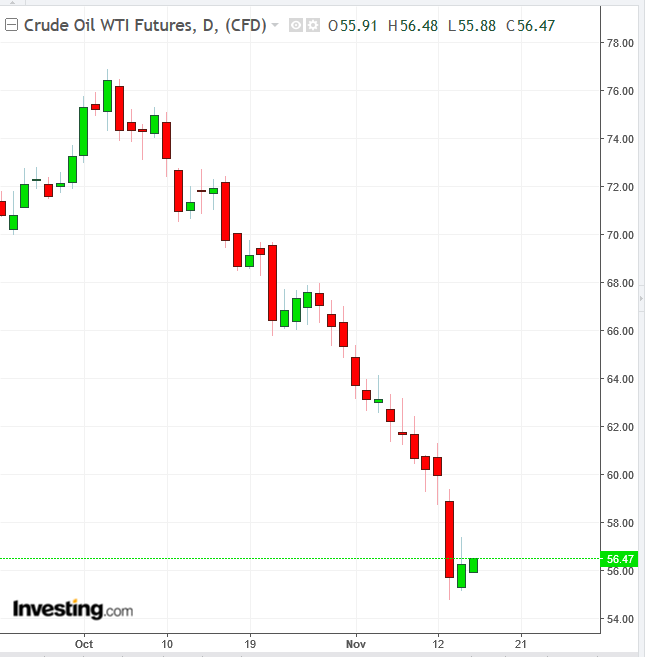 drifted lower but then confirmed the signs of stabilization it posted yesterday. WTI prices rebounded on Wednesday from a record-long losing streak that saw it falling into a bear market on fears that the ongoing trade jitters would limit global growth and therefore strain fuel demand. Investors now look to EIA .