The worst escalation of hostilities between India and Pakistan since 1971 opened a new geopolitical threat on Wednesday, prompting traders to sell off global stocks and buy up safe-haven assets such as the and U.S. Treasurys. 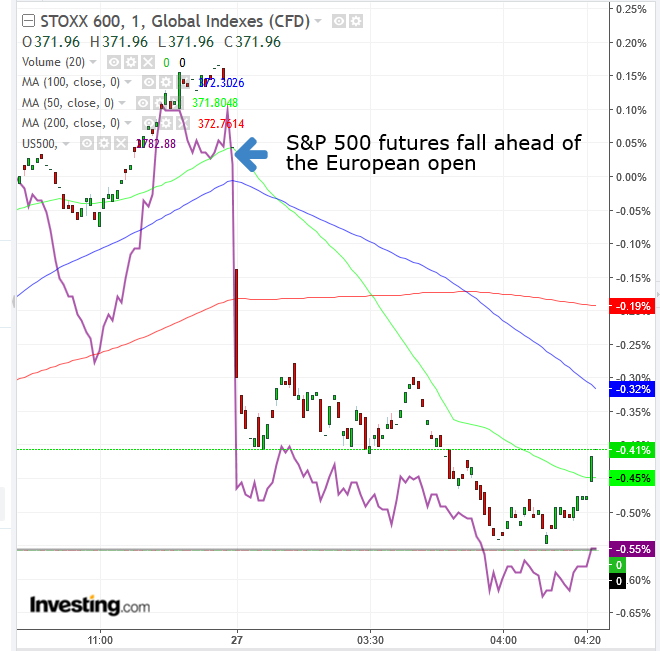 The wiped out half of Tuesday’s gains with a falling gap. It then extended losses and erased Monday’s gains as well. Futures on the , and were also flashing red.

Earlier, in the Asian session, stocks dropped off their highs after Pakistan announced it shot down two Indian jets in retaliation for an alleged airstrike over the disputed Kashmir border. Islamabad also reported it arrested an Indian pilot, setting the stage for a dangerous conflict between the two nuclear powers.

China’s still managed to close 0.42% higher, though it gave up a 1.9% intraday high that would have erased Tuesday’s losses and strengthened Monday’s 5.6% percent surge. Earlier gains would have also closed above yesterday’s intraday highs.

In yesterday’s U.S. session, equities edged lower in the final hour of trading but still managed to seal some gains after rebounding from a lower open. The downturn followed Fed Chair ‘s testimony to the Senate Banking Committee, during which he warned there have been “conflicting signals” on growth over the last few months.

Powell’s statements are in line with our repeated warnings, over the same time period, of conflicting intermarket and technical signals—chief among them the upbeat performance of small-cap stocks and the strengthening of ‘s and Treasurys’ safe-haven edge against a backdrop of higher prospects for a U.S.-China trade resolution, and of correlated growing risk-on appetite. Presumably, reassurance from the country’s No.1 policymaker that the central bank is in “no rush to make a judgement” about interest rates has recently protected the market from a substantial selloff.

Even before the Powell-driven end-of-session selloff, price gains were capped at the 2,800 psychological milestone on Tuesday. The closed 0.08% in the red after stopping out traders, as it oscillated between gains and losses.

It is noteworthy that (-0.57%) shares lagged, nearly erasing Monday’s 0.65% gains—which had been helped by U.S. President Donald Trump’s signalling higher tariffs on $200 billion worth of Chinese goods would be postponed. We suspect investor focus is wavering unsteadily between monetary policy and U.S.-Sino jitters. 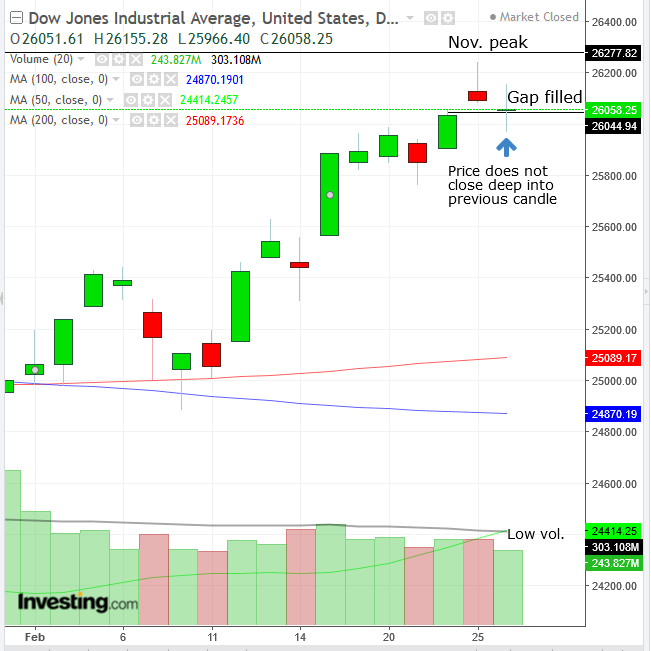 The retreated 0.13%. Yesterday we discussed Monday’s shooting star at the level of the November highs, as well as the potential for an evening star. However, despite yesterday’s decline, the drop didn’t satisfy the requirement of an evening star for the bearish setup—due to three main reasons:

Therefore, while the shooting star was bearish after an advance—especially when coinciding with a pre-existent resistance—there was no evening star, which would have carried a yet more bearish implication. Perhaps Powell’s recent dovish tone fed speculation that the Fed was reversing its tightening path, and thereby prevented a deeper selloff—though that’s just one hypothesis.

The only gave up 0.07%, outperforming its peers.

The was the day’s laggard, shedding 0.43%. While that’s what we’d expect to happen when the outlook for a trade resolution improves, it does not jibe with the lackluster performance of Materials stocks. The Dow’s ranking as the second-worst performer also clashes with the narrative that U.S.-China trade is currently the most prominent market driver. 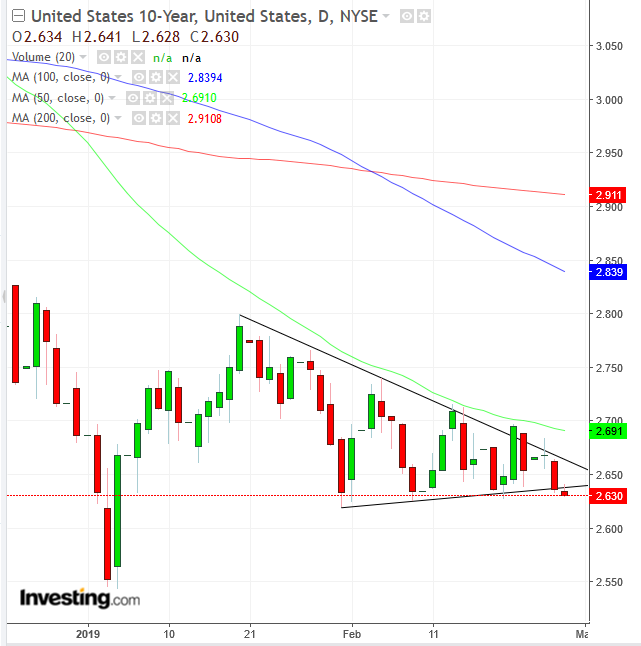 The first part of Powell’s testimony to Congress also moved the yield on Treasurys, which dropped below a triangle on Tuesday. Today, yields have given up an earlier rebound and extended the fall, as well as the downside breakout. 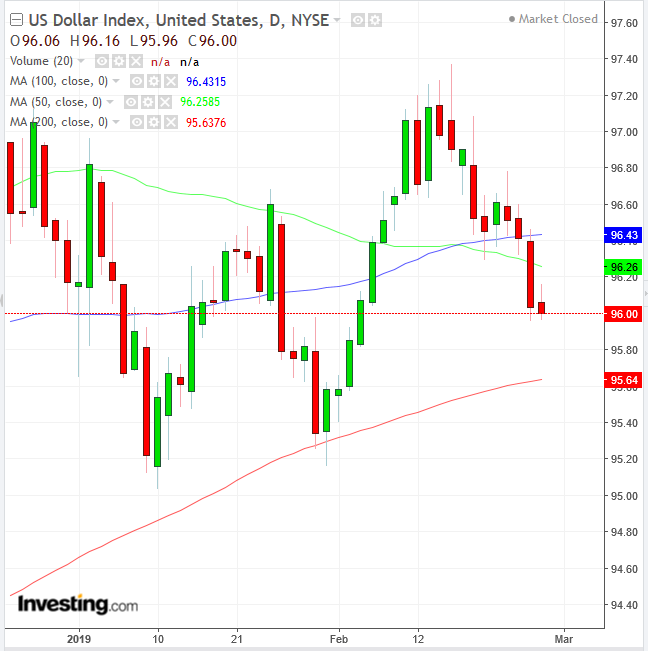 As for trading, it seems like the market was focusing on the probability of a fully-fledged policy shift from the Fed, rather than of a pause. That sent the USD almost 0.4% lower, below the 50 and 100 DMAs, prompting it to fall back to the 200 DMAs presumed support within a short-term uptrend.

In the commodity market, climbed, reversing a loss that had been spurred by criticism from Trump that OPEC was favoring unsustainable prices. Technically, the price jumped off the 100 DMA and the 50 DMA and is curving upward, pointing to the direction of the next expected price move.