US futures for the , , and , as well as European stocks extended their rallies on Thursday, on additional European fiscal spending, while investors continued to ignore the between the world’s two largest economies over China’s planned security law for Hong Kong.

The dollar rebounded with Treasurys, gold jumped, and the yen weakened.

US contracts flipped between gains and losses this morning, on increased tensions between the US and China after the Asian nation’s lawmakers approved a proposal for national security legislation in Hong Kong that’s become a catalyst for renewed civil unrest in the semi-autonomous city. As well, this latest move by China could jeopardize Hong Kong’s special trading status with the US and its position as a global financial hub.

NASDAQ futures dropped on the news that US President Donald Trump is about to sign an executive order to penalize big tech firms for the way they moderate content on their sites.

The advanced after the EU announced the details of its , a 2.4 trillion package to ease the devastation of COVID-19 for Union nations. 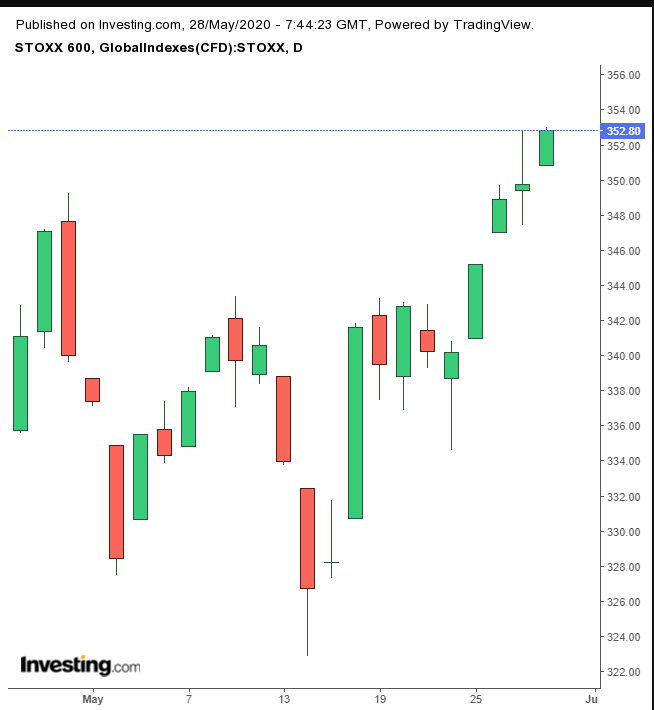 From a technical perspective, the pan-European index didn’t just extend a rally for a fourth day, it also added a fourth, consecutive, higher open, bringing the benchmark to its highest level since March 6. The price retreated slightly from the session’s apex, finding resistance by yesterday’s high-wave candle, a pattern expressing trader bewilderment.

Stocks in Asia were mixed this morning, as investor sentiment wavered after a positive open since regional indices are more sensitive to any US-Sino spat and Hong Kong’s economy is seen to be particularly vulnerable, after last year’s economic hit from the 2019 riots. Plus, renewed violence would compound devastation wrought by COVID-19. 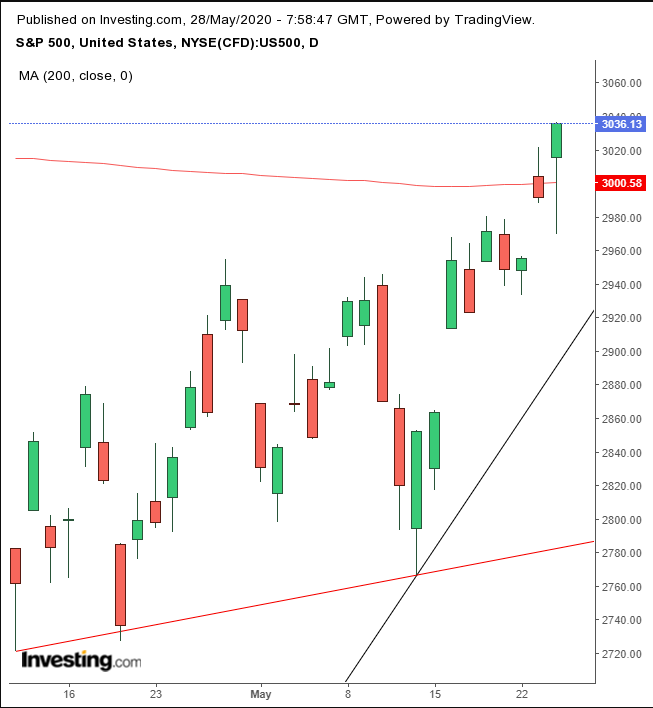 On the other hand, the trading pattern developed a hanging man, bearish with a confirmation of a close below yesterday’s real body—the price range between the open and close, disregarding intraday action. This follows Tuesday’s shooting star, also a bearish candle. 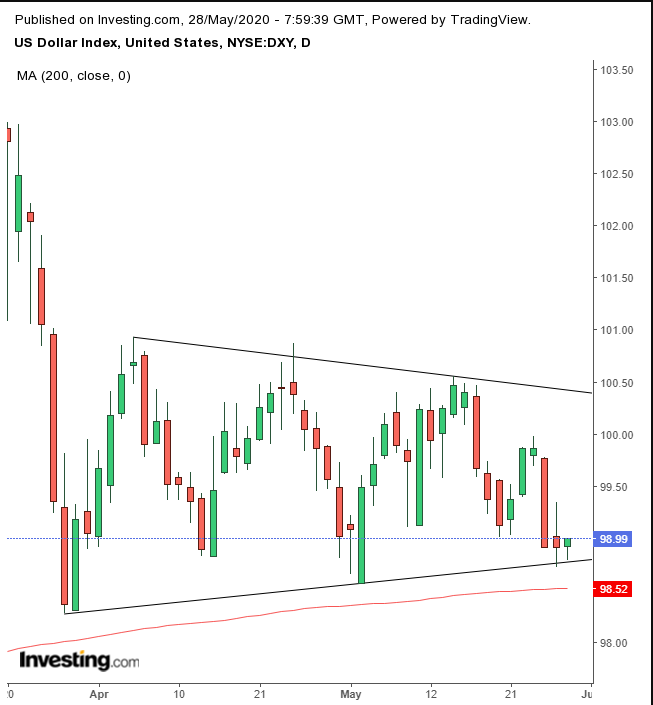 The rebounded from the bottom of a range, supported by the 200 DMA. However, its remains unclear.

rebounded for a second day. 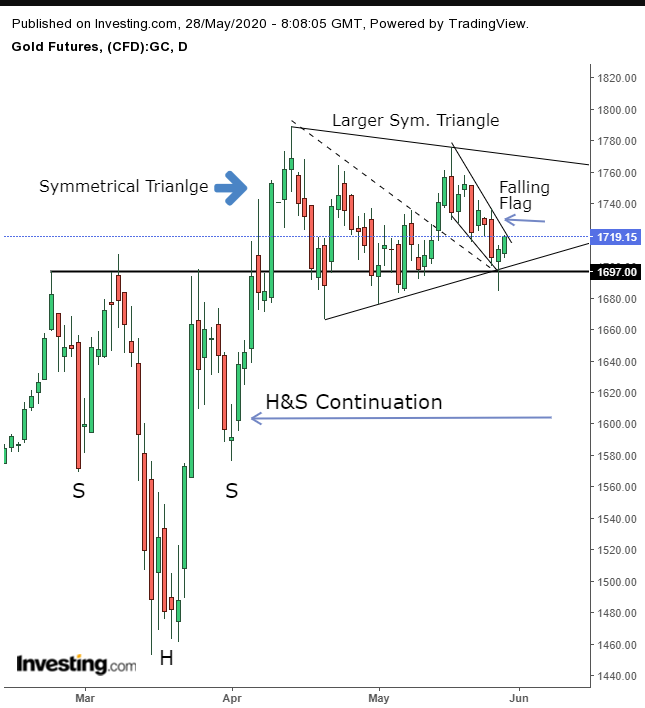 The yellow metal moved off the shared by multiple patterns.

gapped down below $32, blowing a potentially bullish flag, falling below the uptrend line since the April 28 low. 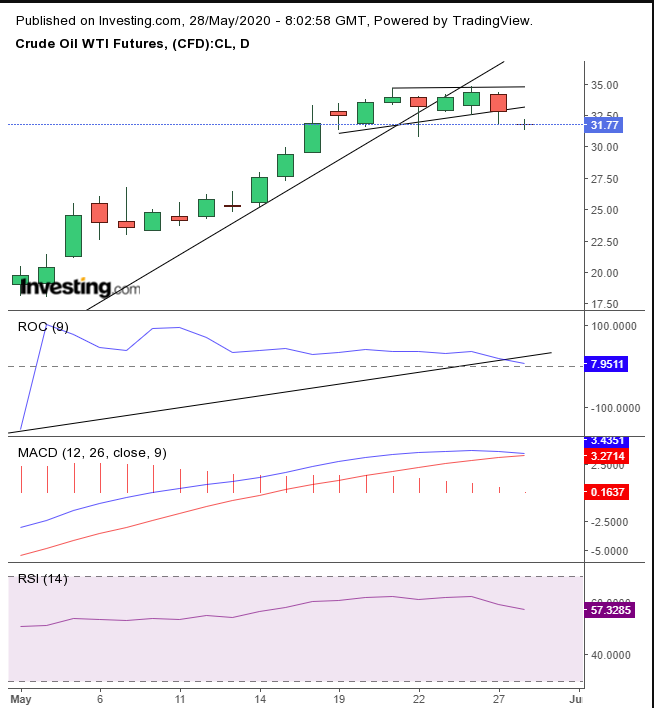 The ROC has already fallen below its uptrend line, and the less sensitive momentum-based RSI was curving around. The MACD was getting ready for a bearish cross too.