European shares and futures on the , and crawled higher on Monday, as investor mood eased after the latest US-China trade salvos impacted Asian markets.

The pan-European gained ground, with carmakers and telecommunications companies offsetting losses in bank shares, which were dragged lower by HSBC (NYSE:)’s disappointing . The outperformance of auto stocks is particularly surprising if we consider that heightened trade tensions are set to hurt car exports in particular.

Australia’s gained 0.61 percent. The Aussie benchmark hit a 10-year high in July and steadily outperformed its regional peers since the start of the US-China trade spat, despite its dependency on the Chinese market. Several reasons can explain this outperformance:

1) Australian shares have been considered underpriced, as they stand far away from their record levels.

2) The financial sector has enjoyed a reversal after plunging on customer abuse investigations at the country’s four largest banks.

3) A weak favors both equities and tourism.

4) China’s efforts to curb pollution led to a shift to higher-quality —and Australian’s speciality. 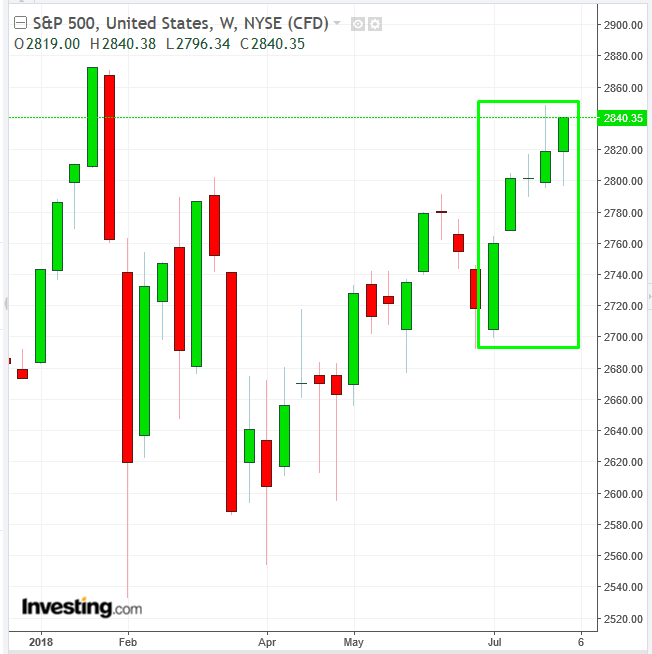 Friday’s US session capped a fifth straight weekly gain for both the and the . The performance of the Dow is noteworthy, as the mega-cap companies listed on the index are dependent on exports for continued growth: traders seem to have prioritized actual economic and corporate performance over trade worries.

The upbeat US economy and recent corporate earnings beats helped President Donald Trump defend his tariffs hardline and re-instate that the country is winning the trade battle. The question investors must be asking themselves now is whether Trump’s renewed rhetoric could undo the country’s robust macro and micro fundamentals.

Meanwhile, Beijing said it is prepared to cope with the economic fallout of the trade war. Chinese policymakers stepped in to support the on Friday, helping a rally, after a record string of weekly losses saw the currency close at 7 per dollar. The renminbi later pared some of those gains. 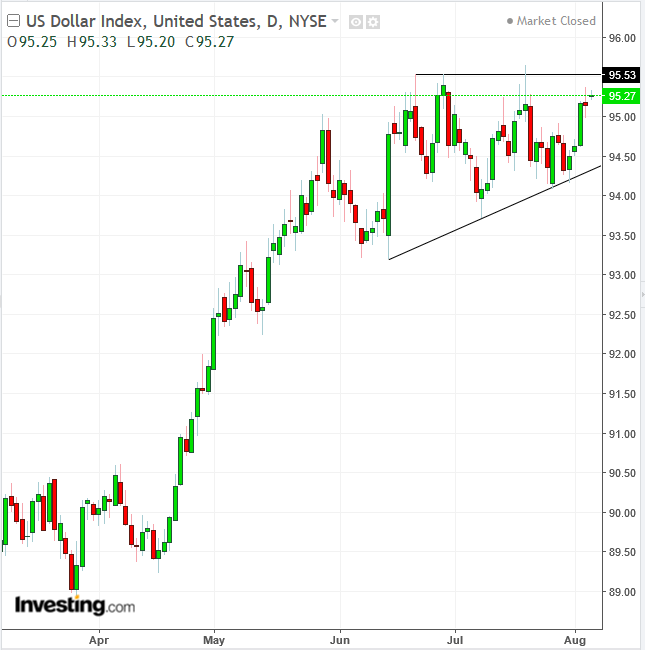 The climbed for the fourth session out of five, to reach 0.15 percent from the June 28, 95.39 close, the highest level in almost 13 months. Technically, the USD is nearing the top of an ascending triangle, bullish with an upside breakout, demonstrating that demand has absorbed all the available supply and is poised to bid prices higher.

The yield on Treasuries steadied at 2.95 percent. 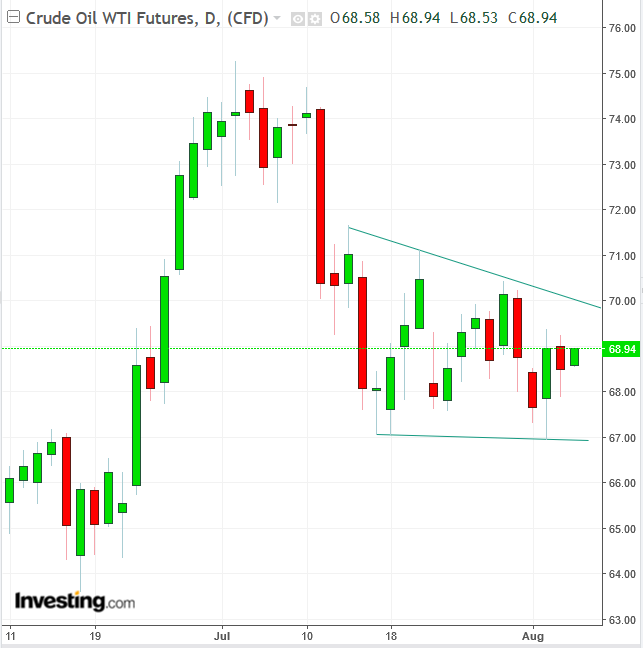 climbed above $69, even against the headwind of a stronger dollar. Technically, however, its climb is within a descending triangle, bearish with a downside breakout, suggesting supply has absorbed all of the demand and is prepared to go lower.