European stocks and futures on the , and kicked off the month on the right foot, bucking a mixed trend in Asia.

The brushed off early hesitation caused by ‘s (SIX:) lower-than-expected net income results for the third quarter of the year, which clouded a 74 percent jump in profit for the bank. The pan-European benchmark extended its rebound to a fourth day, hitting its highest level in two weeks, helped by strong results from UK phone group (LON:) and Dutch bank (AS:). Miners and automakers led the ensuing advance.

Yesterday, in the US session, equities extended a rebound for a second day, ending one of the worst months of the decade-long bull run on a positive note. October’s selloffs were steep enough to hit global assets across the board, including cryptocurrencies, which slumped near year lows. 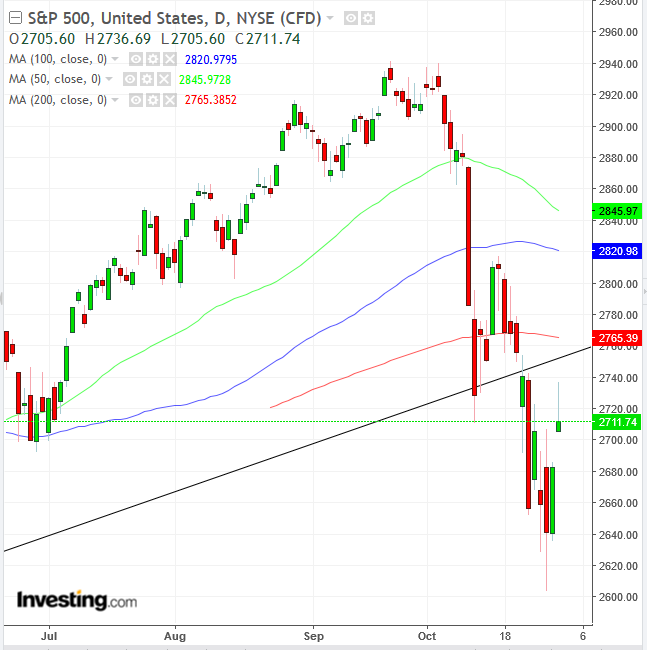 Technically, after the two-day rebound the S&P 500 found resistance by the broken uptrend line since the previous correction February 2016 and the 200 DMA, forming a bearish shooting star.

The edged 0.97 percent higher, paring its monthly drop to 5.07 percent. The jumped 2.01 percent, outperforming other US majors, though it remains the hardest hit by the rout, losing 9.2 percent for the month. Big technology stocks, the culprits of the October selloffs, were pulled up by Netflix (NASDAQ:) (+5.59 percent) and eBay (NASDAQ:) (+5.87 percent). 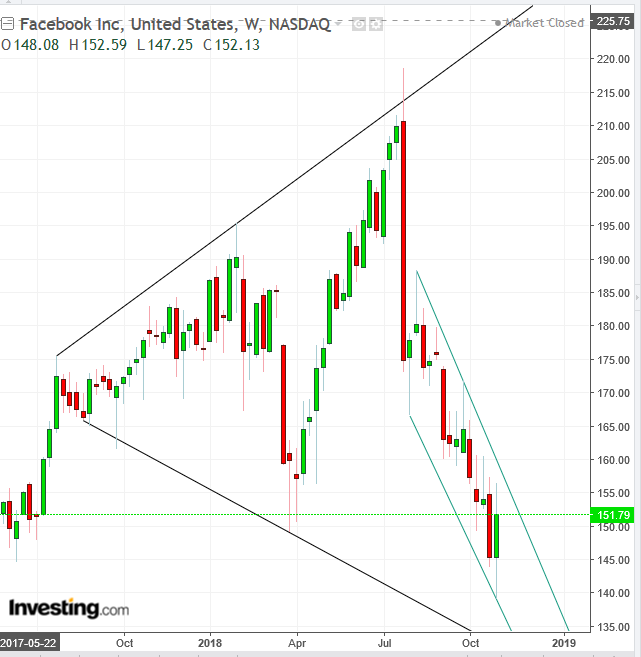 FAANG stocks were boosted by (NASDAQ:) which topped the $1.46 consensus EPS with a $1.76 beat, though the social media heavyweight disappointed on revenue: the $13.77 billion revenue forecast actually came in at $13.73 billion. It was noteworthy that despite slowing user numbers, particularly in Europe—because of stricter privacy regulations and the social media’s diminishing appeal to teenage users—investors demonstrated faith in the company, with demand orders pushing up shares by 3.8 percent on Wednesday. Technically, however, the stock is still under considerable pressure.

Investor sentiment was boosted by yesterday’s of 227,000 new jobs in October, beating forecasts of 189,000 new jobs created. The reading marked the biggest increase in private sector employment since February, when the payroll processor agency reported 241,000 jobs. However, the current shifting market narrative is likely to soon turn this positive news on its head, moving the focus to the fact that the upbeat data will strengthen the case for the Fed’s path to. 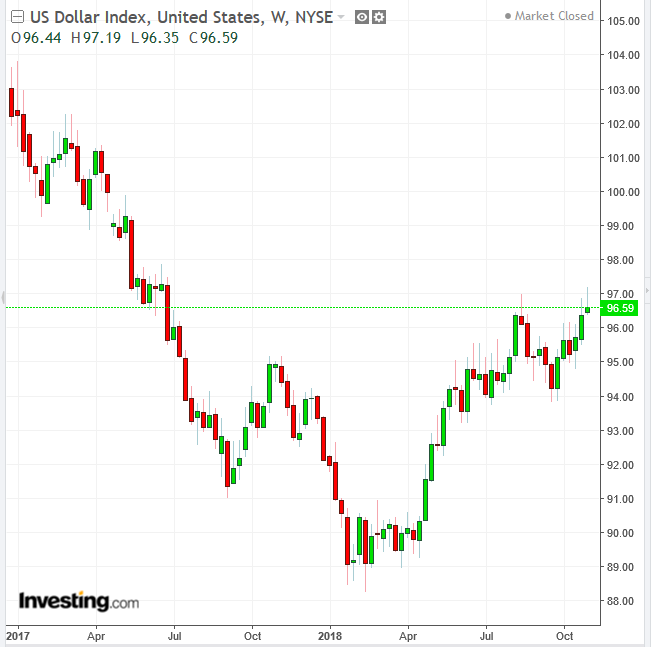 The advanced. It’s set to close at the highest level since mid-June 2017. Technically, however, a close at this level would form a shooting star, confirming the same bearish candle of mid-August, demonstrating a wall of supply rebuffing to an advance.

Both the and the surged after reports that UK and European Brexit negotiators have reached a tentative agreement to give UK financial services companies access to European markets.

In China, the rallied from its weakest level in a decade as the country’s policymakers signaled that further stimulus measures are being planned. 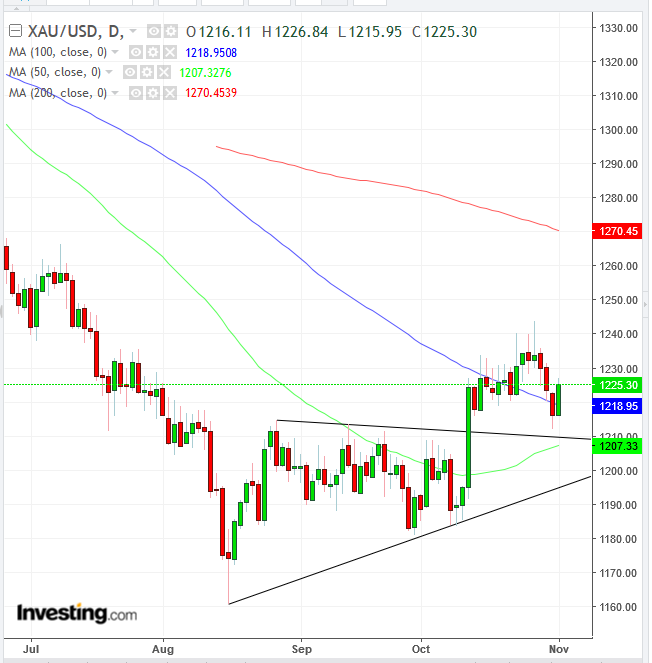 jumped on dollar weakness. Technically, it confirmed the integrity of an ascending triangle-bottom, reaffirmed with the 50 DMA (green) and 100 DMA (blue).

Meanwhile, prices extended a decline after hitting their worst month in more than two years.

Investors now face a mixed picture across markets after October turned into the worst month for global shares since May 2012. While macro headwinds abound, from European political jitters to slowing Chinese growth, equity bulls are hoping that some of the momentum garnered at the end of the month on solid economic data from the US can be sustained. The focus turns to (NASDAQ:) earnings results today and to the monthly US jobs report tomorrow.