European shares as well as futures on the , and bounced back this morning, despite a mixed session in Asia, following news reports that Italy will keep its spending plans in check. The Southern European country’s lawmakers are said to be targeting a deficit reduction to 2 percent by 2021, thereby revising their initial proposal—which has sparked fears of an exit from the euro-bloc—and allowing both the and Italian bonds to also rebound from yesterday’s selloff. 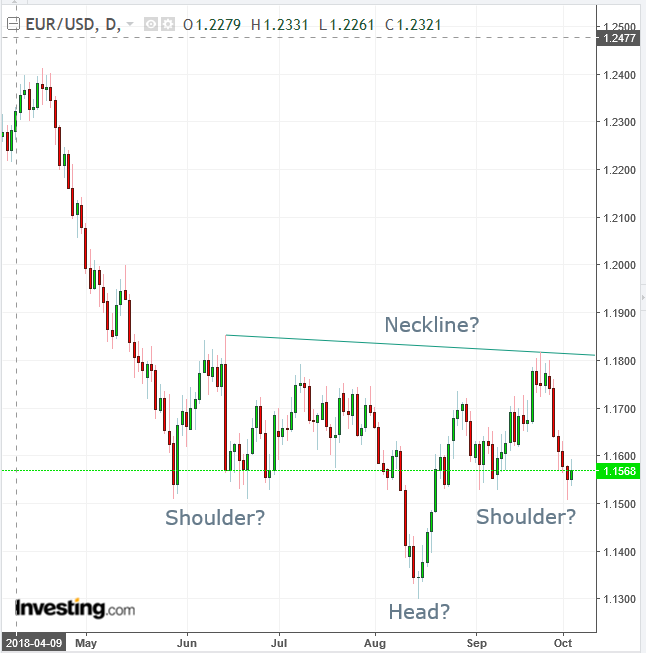 The single currency climbed higher after touching the lowest level in six weeks. Technically, it is forming a potential H&S bottom, with an upside breakout of the 1.1800 level. 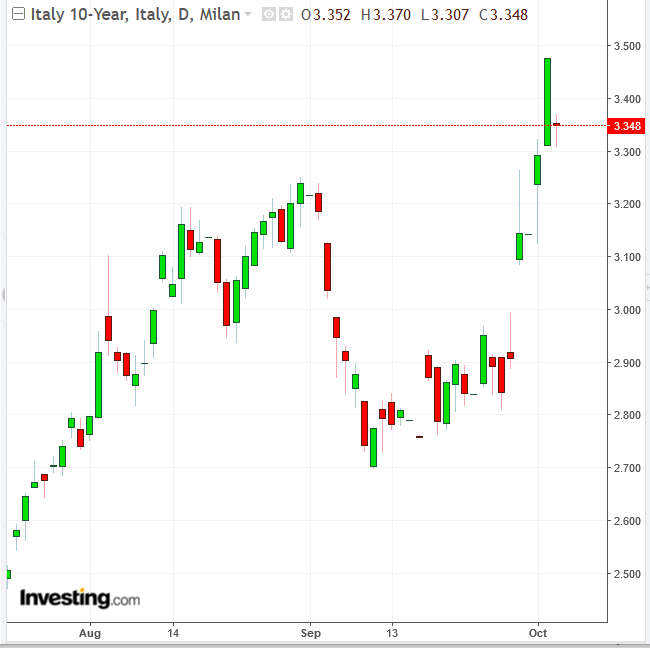 Yields on Italy’s bonds finally eased after a four-day surge that brought them to their highest level since 2003. 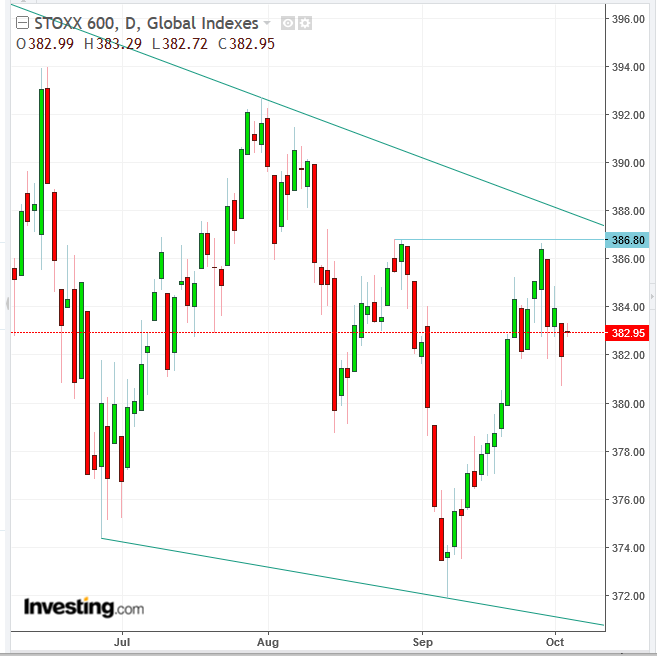 Gains in bank shares helped the push higher after Tuesday’s selloff. Technically, the pan-European benchmark has been falling after reaching the resistance of the August peak and the downtrend line since May 22.

Earlier, during the Asian session, regional equities posted mixed results, with the slipping 0.76 percent lower for a third day. South Korea’s led the declines, losing 1.25 percent, while China’s outperformed with a 1.06 percent gain.

Yesterday, all major US indices except for the ended lower after a volatile trading session.The edged 0.04 percent lower, with shares of retailers leading declines after Amazon (NASDAQ:) raised the minimum wage for its employees, pressuring competitors to do the same.

The Dow climbed 0.46 per percent, hitting a new all-time high as well as a record close, helped by gains in multinational companies such as Boeing (NYSE:) and Caterpillar (NYSE:), which benefited from the new NAFTA deal—renamed USMCA.

The slid 0.47 percent while the underperformed, giving up 1.01 percent. The USMCA deal means that fewer investors will feel under pressure to shelter their money via domestic stocks.

Overall, traders remain on the defensive amid multiple political risks from both sides of the pond, including US President Donald Trump’s nomination of Brett Kavanaugh for the open Supreme Court seat, uncertainty over the looming US mid-term elections and ongoing tensions between the US and China. Against this market narrative, dominated by potential macro headwinds, the aired by Fed Chair Jerome Powell on the country’s growth path fell short of driving stocks higher.

In FX news, the gained ground ahead of a key speech from UK PM Theresa May at the Conservative party conference. 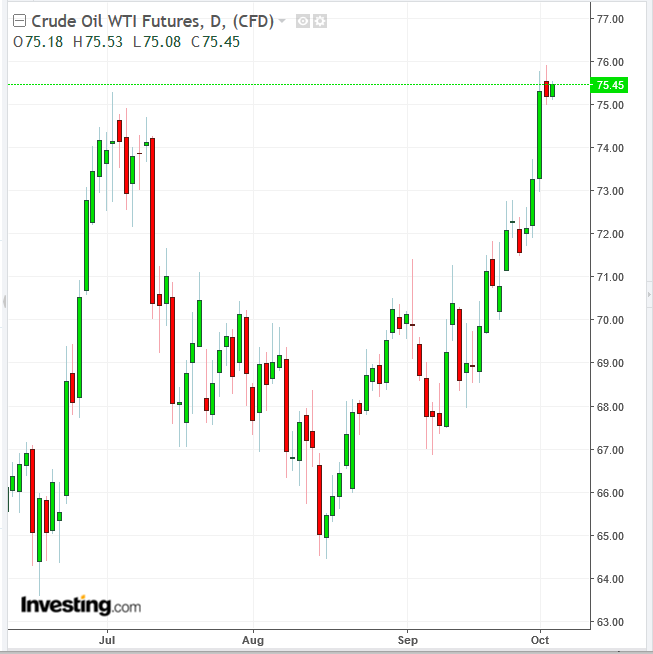 Meanwhile, trimmed most of yesterday’s setback, edging toward the midway point to $76 in early trade, though it was seen edging lower by late European morning.