European shares and futures on the , and extended a rally this morning, echoing solid Asian gains, as hopeful investors increased their risk appetite amid ongoing trade negotiations between the world’s two largest economies.

US contracts were higher for a fourth straight session, their longest winning streak since November, as President Donald Trump’s address to the nation on border security had little impact on investors compared to the easing of two of the key drivers of recent market jitters: the Fed’s and the US-China trade dispute. Investors’ renewed optimism for growth, helped by Fed Chief Jerome Powell’s shift towards taking into account market conditions when fine-tuning interest rates hikes, was further buoyed by Friday’s , which showed a healthy economy.

The climbed, buoyed by automobile makers and miners, export-reliant sectors that benefit from mending trade relations.

The bank stated that, due to the telecom firm’s market share, it is set to benefit dramatically from the development of the 5th generation mobile network in China. The analysts also cited the company’s strong balance sheet.

Yesterday, equities in the US extended the ‘dovish Fed-trade negotiations’ rally. The (+1.38%) edged higher for a third straight day, as it continued to outperform, perhaps providing a negative divergence to expectations for a resolution of the US-China trade spat. If investors believed an end to the trade war is at hand, small caps should have been discarded in favor of large caps, since the outlook for relaxed tariffs should truly increase.

The climbed for a fourth day, ticking 0.97 percent higher with all 11 sectors in the green. (+1.74%), a key beneficiary of a slower tightening cycle, led the advance, while (+0.08%) lagged, as the outlook for bank profits took a hit from the same catalyst. 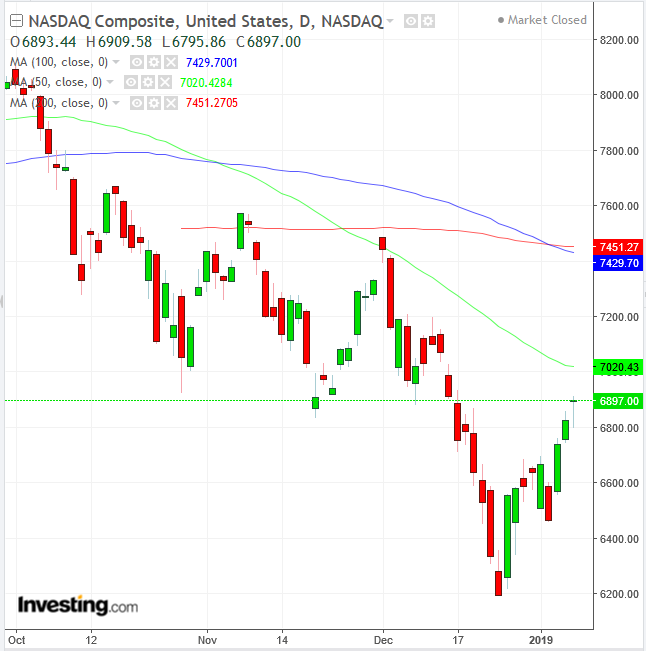 The also inched higher yesterday, for a third day, climbing 1.08 percent. Technically, it formed a hanging man, confirming the new resistance of the October-December resistance, and we see the arrival of the 100 DMA and the 100 DMA crossing below the 200 DMA. 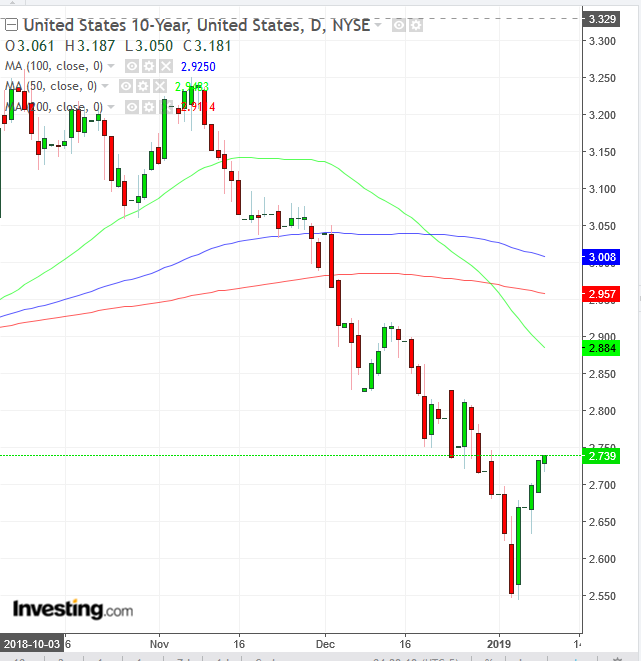 Meanwhile, Treasury yields extended a rally to a fourth day, to above 2.7, ahead of the release of from the Federal Reserve’s December meeting. 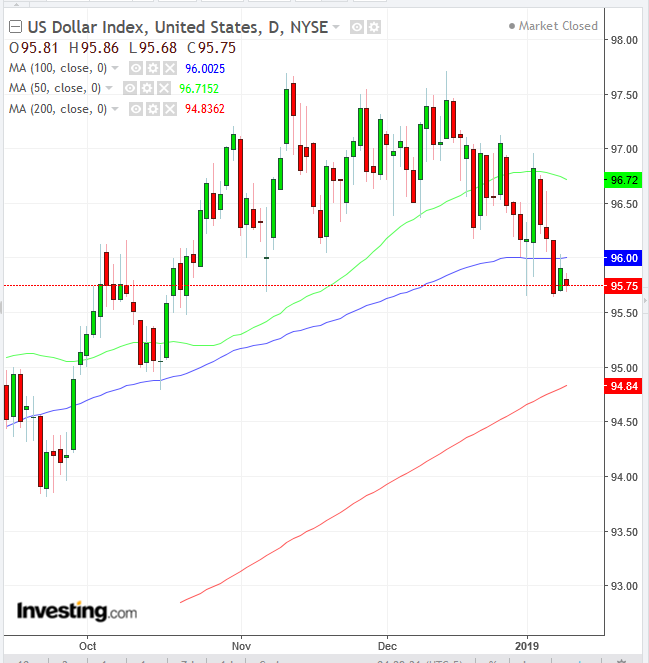 Conversely, the slipped lower in anticipation of the release, which may shed more light on the Fed’s dovish turn. 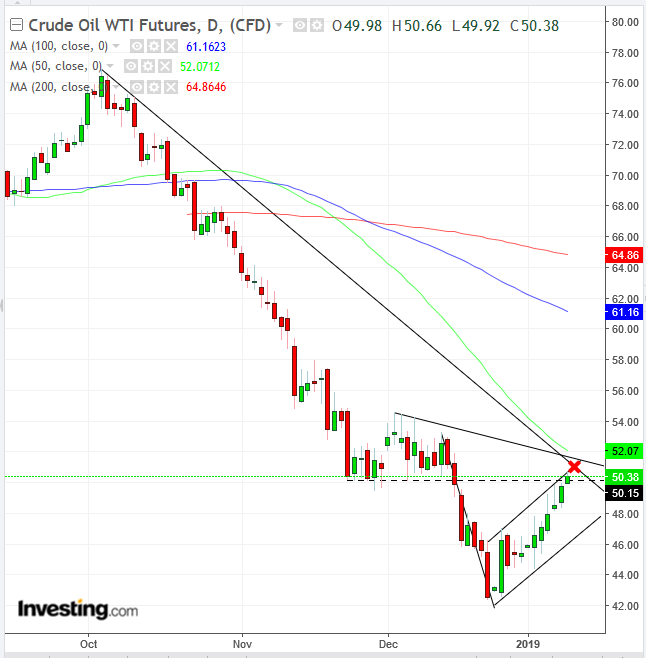 climbed above $50, extending its longest rally in 17 months to an eighth straight day, after China stepped up measures to spur consumption—a move that also pushed most industrial metals higher. We have reported of a potential bearish flag with a downside breakout. The flag is still intact.