Stocks in Europe opened lower, after US President Donald Trump said he didn’t expect much from trade talks, but have managed to scale higher, tracking Asian counterparts. US futures for the , and are also trading marginally higher at time of writing. Still, thus far today, the has failed to overcome yesterday’s high, suggesting resistance.

The dollar selloff, however, has extended for a fourth day after Trump said, in an interview with Reuters, that “he was not thrilled” with his Fed Chair Jerome Powell raising interest rates. Yields rebounded ahead of this week’s on Wednesday. 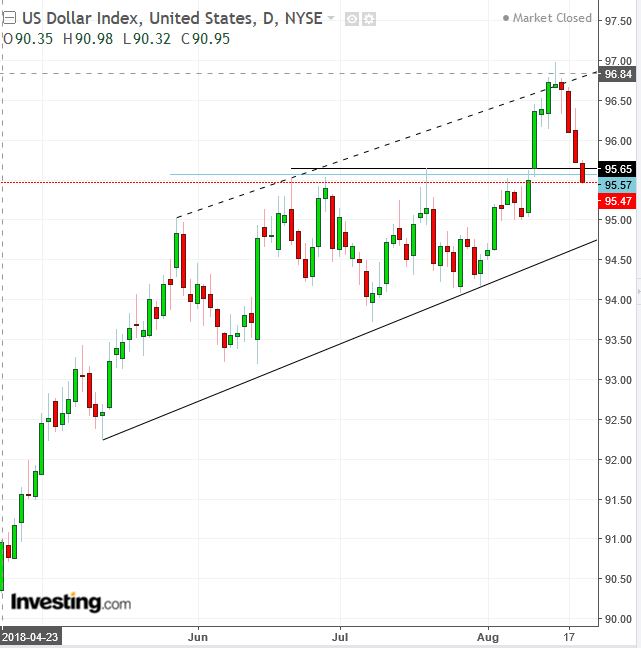 The dipped to 95.45 after Trump said he expected his Fed pick to be a cheap money Fed Chairman. These remarks came after the US president earlier reiterated his accusation that China and Europe are manipulating their currencies. The US rebounded slightly, to 95.57, finding demand where supply reigned between late June and early August.

The supply-demand balance formed an ascending triangle, demonstrating that demand was outpacing supply. Should the price close above 95.60 it would create a hammer, completing the return move to the pattern, confirming its veracity. 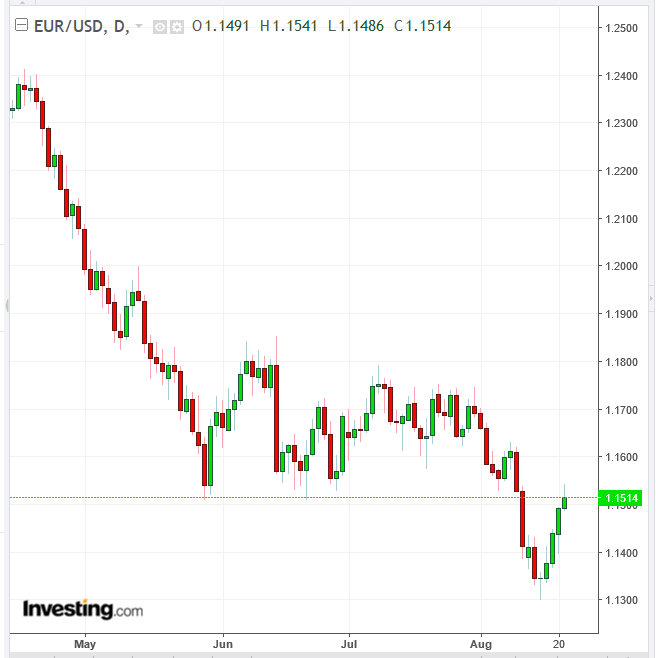 In a mirror image, the , the most heavily weighted counter currency in the Dollar Index basket, is flirting with the 1.1500 psychological level, a presumed selling point, after bulls failed to hold the line a week and a half ago, in place since late May. After an initial push to 1.1541 where resistance kicked in, the single currency has been pushed back down to 1.1528 as of time of writing. Should the price close below the round number it would suggest a robust bearish presence, as would be reflected in a potential shooting star.

Treasury yields, including for the benchmark note, rebounded from yesterday’s selloff, in advance of the in Jackson Hole. 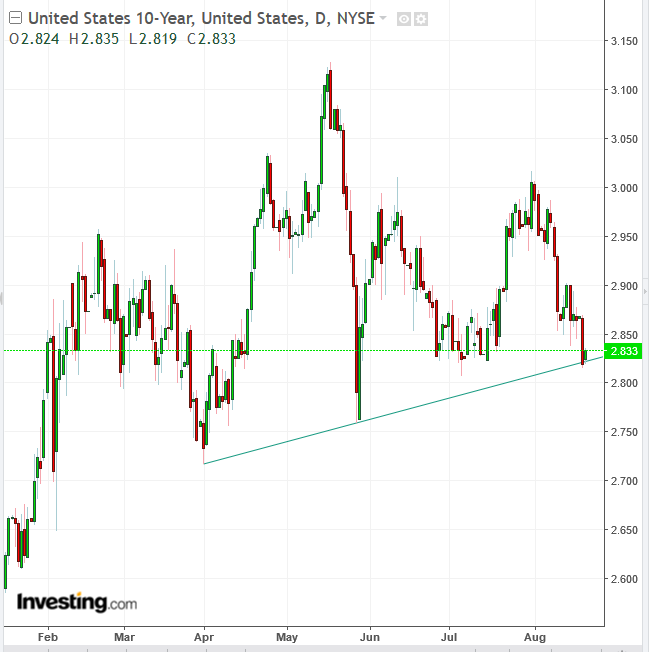 This suggests investors are relying on the Fed’s steadfastness in , despite market turmoil. However, Trump’s criticism may have influenced the rate hike outlook, leading to a demand for current-yield Treasurys. Technically, yields bounced off an uptrend line since April 1. Should the uptrend line break, it would become the neckline of an H&S top since February.

This morning, most Asian benchmarks rose, even after Trump made clear his low expectations for a settlement on tariffs. Perhaps regional traders found solace in the fact that talks were still ongoing. There is also the lingering market narrative among some that all the noise since March when all this began is nothing more than negotiation tactics, which, after a drawn-out, dramatic affair would end in an agreement.

Yesterday, US traders took advantage of thin volume to push stock prices higher on hopes negotiations would finally put an end to the trade war. However, shares trimmed gains in the final fourteen minutes of the session after Reuters published a report in which Trump accused China and Europe of currency manipulation. The accusation against China had a particularly strong impact as optimism over the success of trade talks is the current central market driver, demonstrated by sector rotation.

The advanced 0.24 percent, for a combined gain of 1.37 percent over three straight days. Nevertheless, most growth stocks led advances, while defensive sectors underperformed. The best performers were sectors that had been hit hardest by investor fears that an outright trade war would end the first synchronized economic growth since the financial crisis. (+0.7 percent) outperformed, followed closely by (0.67 percent) and (0.71 percent). 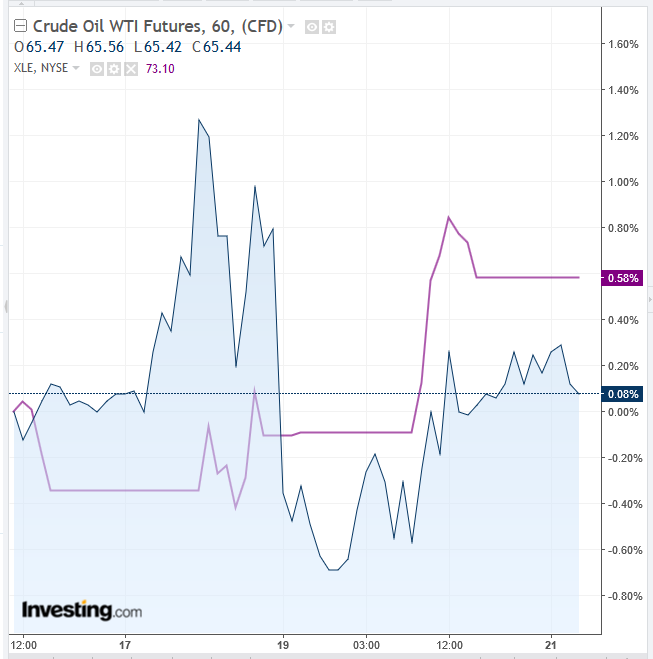 (+0.65) jumped, even as finished the day flat, following its rebound from earlier lows. (-0.35 percent) underperformed and (-0.15 percent) bucked the upward trend for growth stocks, as investors worry about high valuations for the sector. 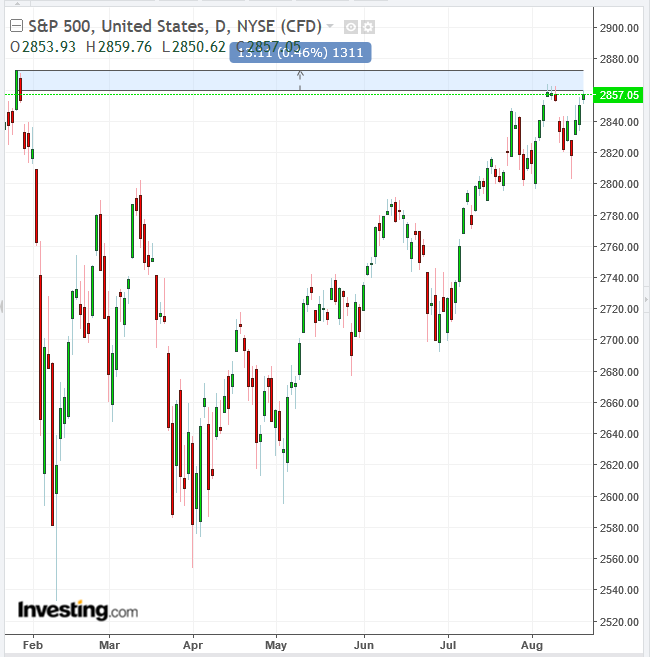