Global stocks sold off alongside futures on the , and on Monday, as investors fret over contagion risks from Turkey’s economic crisis and sought refuge in the , the and US Treasurys. 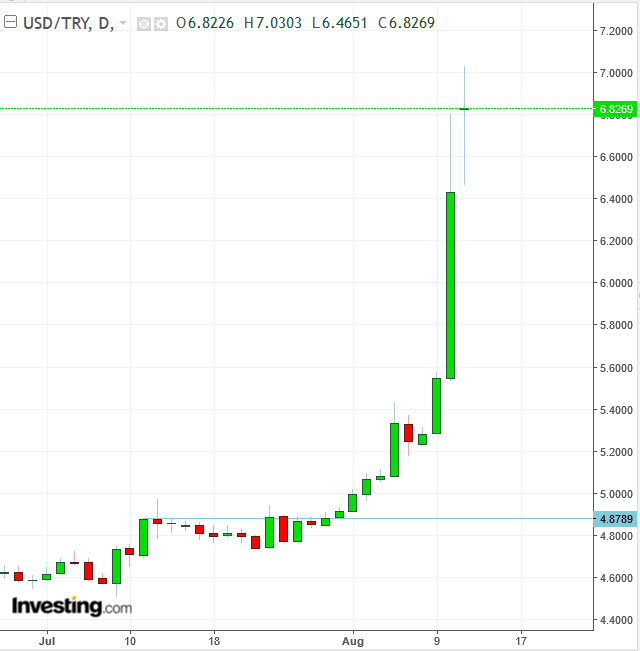 The dropped 0.4 percent to a three-week low in early European trade and the Dow Jones EURO STOXX Banks lost 1.41 percent to a six-week low, both dragged lower by European banks’ exposure to Turkish risk. Spain’s bank , Italy’s and France’s were down 3.49, 3.37 and 1.07 percent respectively at 10.33am GMT.

Earlier, during the Asian session, Turkish uncertainty spread to neighboring markets, replacing US-China trade war worries and weighing down on regional shares. Japan’s was the main laggard, plunging more than 2.13 percent after opening with a falling gap. The index stands half-percent of the July trough. 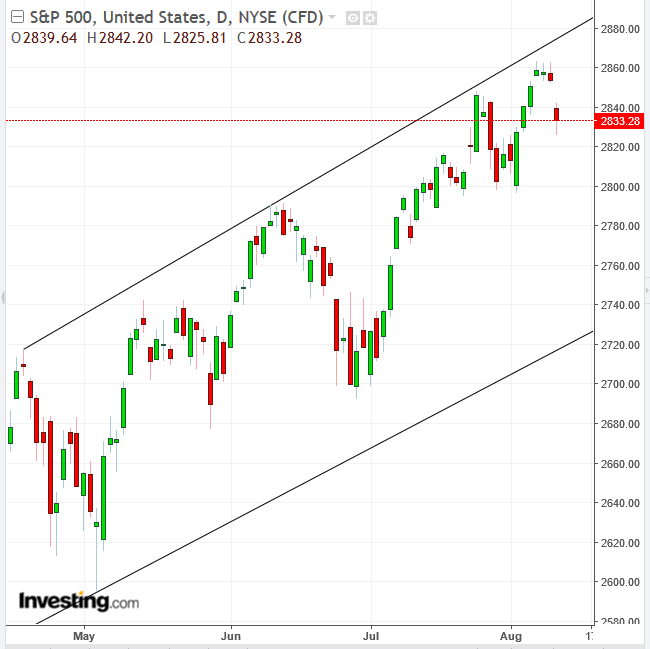 US majors sold off Friday, giving up their chance to seal a sixth consecutive weekly advance. The slid 0.71 percent, led by (-1.44 percent), the sector most directly impacted by tariffs headwinds. The only bright spot was (+0.61 percent), which tracked the price of crude higher.

The dropped 0.77 percent and the retreated 0.67 percent. Domestic stocks listed on the outperformed their larger-cap counterparts, with the index limiting losses to 0.24 percent.

In FX markets, contagion worries sent emerging markets currencies lower. The hit its lowest intraday level since 2008, when investors rushed to the US dollar. Interestingly, investors have shunned gold as a safe haven for some time now, due to rising interest rates in the US. 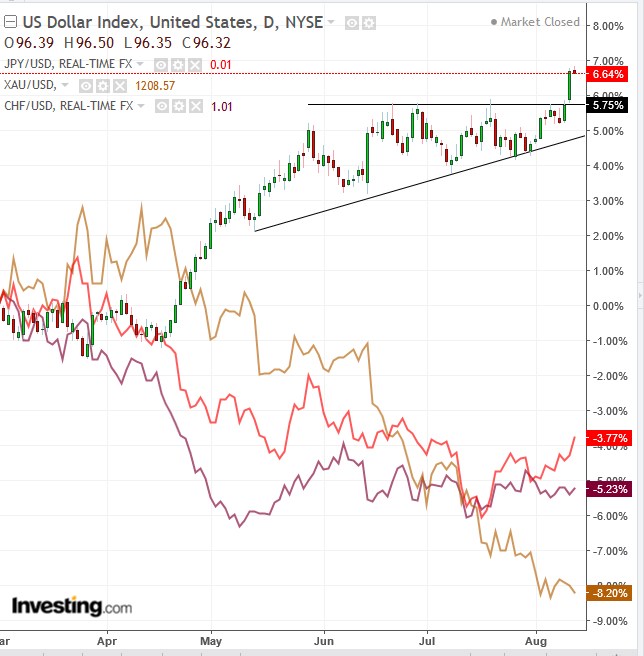 The Dollar index reached 96.50, a yearly high, extending an upside breakout to a bullish ascending triangle, where demand has been outpacing supply. 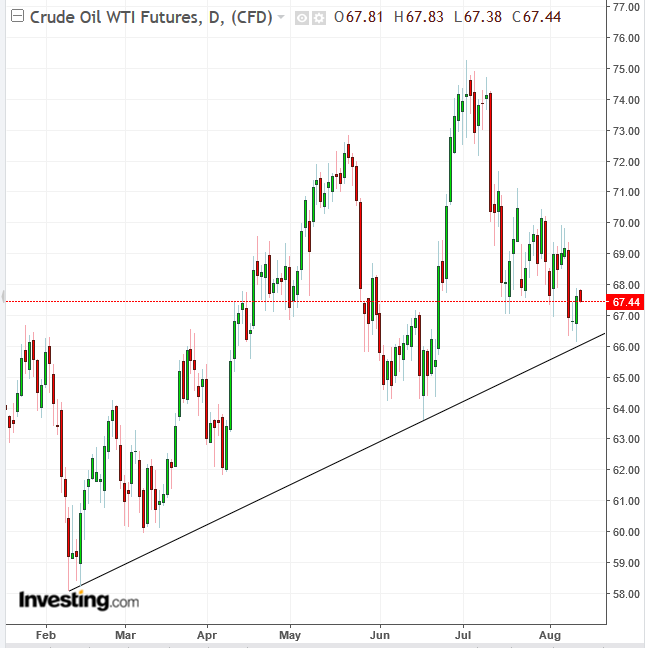 The price of has been swinging between gains and losses amid ongoing fears of Iranian supply glitches on one side and signs of a potential increase in American output on the spreading Turkish crisis. WTI crude jumped about 1.25 percent on Friday after it reached an uptrend line since mid-February.