Futures on the , and and edged higher this morning after Asian shares lingered in red territory but managed to bounce off their lows, as Chinese policymakers took action to limit the plunge. 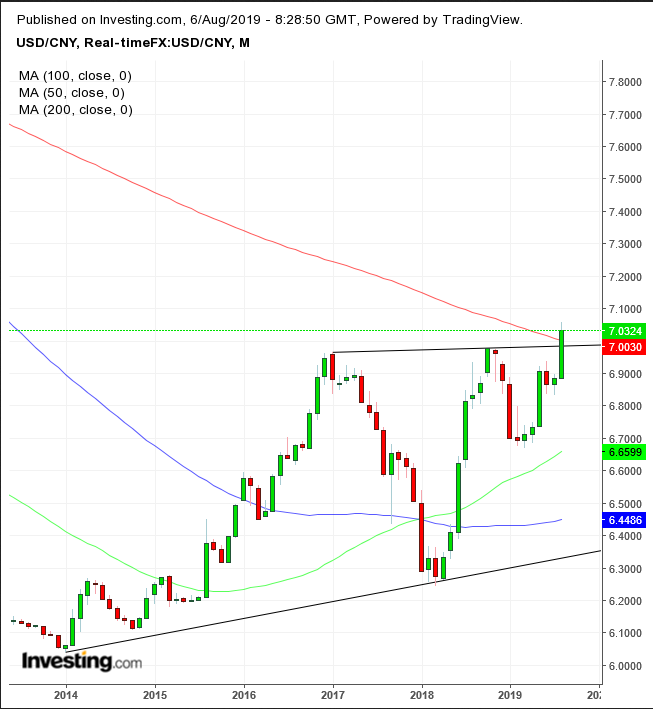 The global decline eased after the People’s Bank of China set the daily currency fixing above the 7.000 red-line mark, whose breach yesterday—for the first time in ten years—sent a clear retaliatory signal to the U.S. administration, after President Donald Trump pressed ahead with a 10% tariff on $300 billion worth of remaining Chinese imports last week.

The yuan’s tumble in turn prompted the U.S. Treasury Department to label its trade opponent a currency manipulator late on Monday.

Technically, the renminbi is still weaker than the 7.000 level, and remains above the 200-month MA for the first time since 2007.

In the early session, Asian markets stocks pared the selloff—but remained in red territory—after Chinese officials denied they would use the domestic currency as a trade war weapon.

Australia’s (-2.44%) dropped for the fifth day, underperforming on the U.S.-Sino trade spat escalation. The Aussie benchmark missed on the opportunity to trim losses, closing before Chinese policymakers’ currency intervention. Meanwhile, the gained for the first time in twelve days after the Reserve Bank of Australia at record lows, as expected, and said it was reasonable to expect that “an extended period” of low rates will be required. Local bonds rallied, sending the yield below 1% for the first time on record.

Yields on Treasurys partly reversed a drop but remained close to their lowest level since Oct. 2016, which the so-called Trump Trade on Monday. 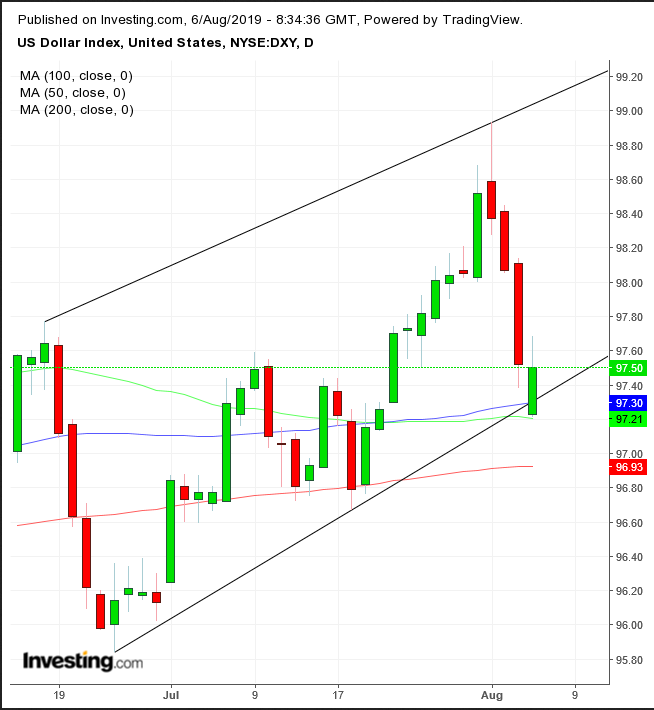 The also reduced losses to almost flat, confirming the channel bottom since late June, guarded by the 50 and the 100 DMA. 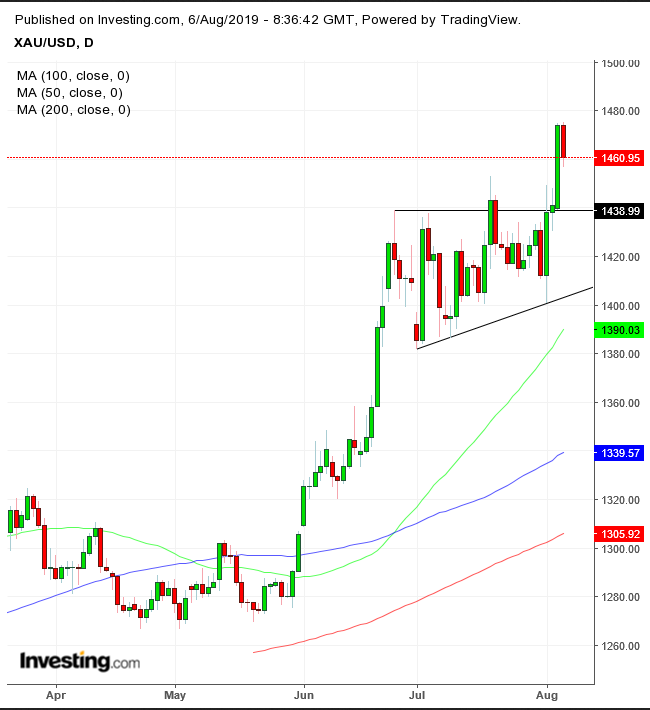 In a mirror image, gave up gains after an upside breakout to an ascending triangle, which had taken it to the highest price since Apr. 2013.

The also pulled back after closing at its strongest level in more than one year on Monday.

edged higher, recovering from the U.S.-China trade tit-for-tat, which threatened to deal a further blow to global growth and thereby to global fuel demand. The U.S. declared a fully-fledged economic embargo against Venezuela, helping prices higher.

advanced, with its week-long rally taking the digital token above $12,000 on Tuesday for the first time in three weeks. Technically, the digital coin is breaching its falling channel.