Europe shares opened higher and US futures rebounded this morning, shaking off the negative sentiment permeating Asian markets as the worst month for equity investors since the 2008 financial crisis heads to a close. Yields on US Treasurys dropped, but so did the and , weighed down by a stronger , painting a mixed picture for safe-haven assets.

The edged higher, within a four-day consolidation, as it tries to form a bottom above 350.00. Banks led the advance, riding the coattails of (LON:) earnings results, which handily beat expectations. 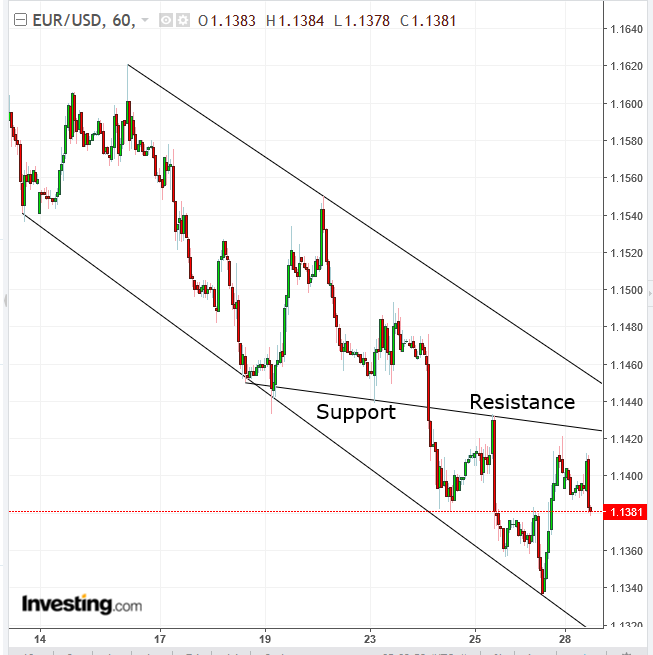 Meanwhile, the rebound seen on Friday wavered after Chancellor Angela Merkel’s coalition government took a beating in local elections on Sunday. Both leading parties, the Christian Democrats and the Social Democrats, lost around 11 percent, while the Greens and the far-right Alternative for Germany gained ground—with the latter entering the assembly of the Hesse state for the first time. Political headwinds were exacerbated when French Finance Minister Bruno Le Maire warned the eurozone would be ill-equipped to face a new economic crisis. The single currency deepened a plunge since a failed rally two-and-half weeks ago, solidifying a supply-demand reversal since Wednesday. 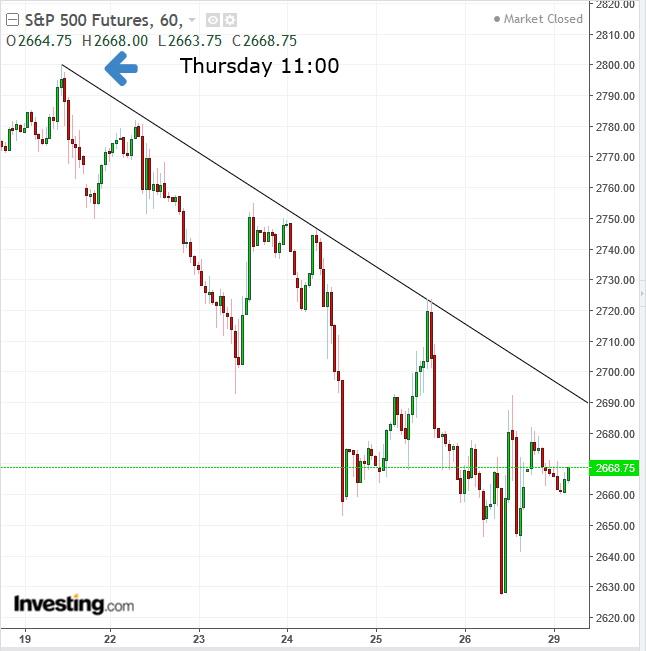 Futures for the , and crawled higher, with SPX contracts bouncing back after a six-hour fall. Overall, S&P 500 futures are on a downtrend line since Thursday morning, steeper than the rate of decline posted after the ’s slide from the October 3 all-time high of 2,944.75

On Friday, US stocks experienced one of the most volatile days of the year, as trade headwinds and the removal of the most accommodative monetary policy in history continued to pressure equity markets. The temporarily joined the and the in corrective territory as investors rotated out of stocks and into safe-haven assets after (NASDAQ:) and (NASDAQ:) fell on softer guidance, despite having beat earnings estimates. Shares later rebounded after data confirmed an intact growth path.

It is noteworthy that, despite better-than-expected economic data, investors were not willing to commit to positions over the weekend. While corporate earnings remained strong, investors—and perhaps company executives—are yielding to sentiment. Therefore, the supply-demand balance has shifted into a downtrend in the mid-term. 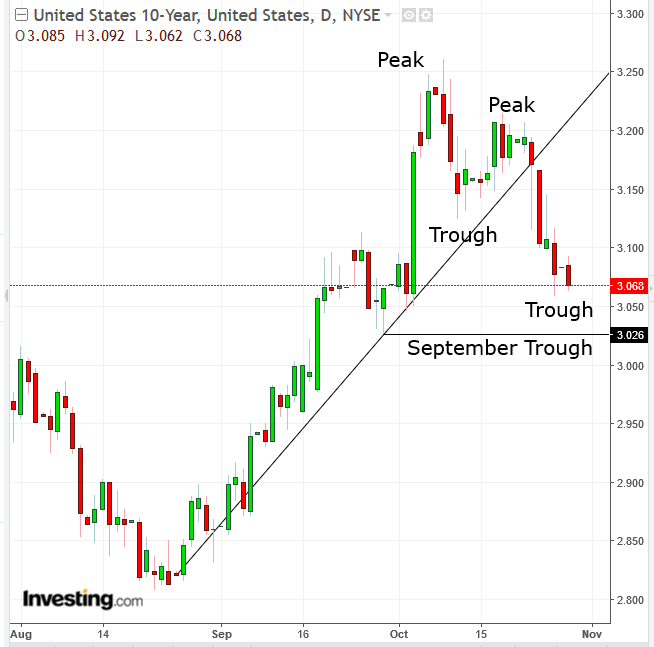 While the JPY and gold dropped against the strengthening dollar, demand for Treasuries surged, pushing yields to test the lowest level since the beginning of the month. Technically, yields entered a short-term downtrend after falling below the October 11 trough on Wednesday. The 3.026-September trough is the next test. 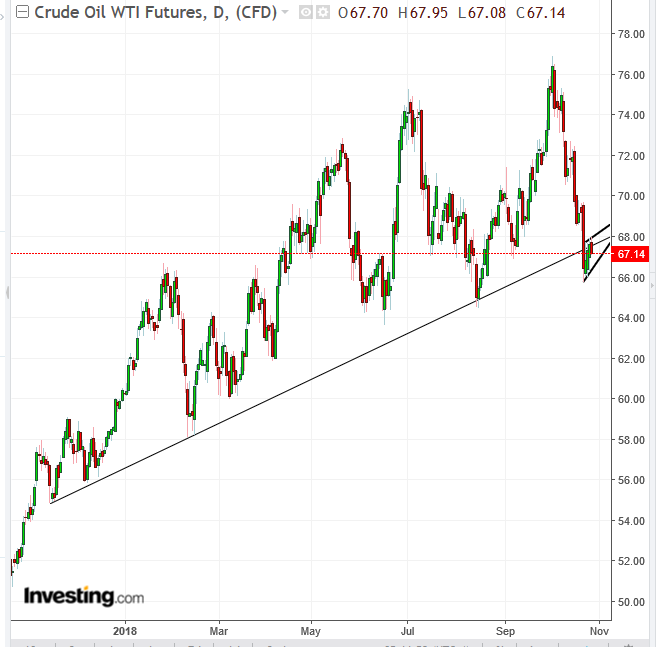 prices ticked lower, ending a three-day advance, on both dollar strength and investors’ risk-off mood. Technically, the price is forming a rising flag, bearish with a downside breakout after a decline, such as the one from under $77. Note, the flag’s position, after the price fell below the uptrend line since November 2017 for the first time.