US contracts on the , , and took their cues from bonds on Tuesday morning and were all trading higher, ahead of a Treasury auction that may provoke market gyrations.

The dollar fell for the first time in five sessions, mirroring Treasury yields. Bitcoin advanced for the fifth straight day.

Futures on the NASDAQ jumped over 2%, rebounding from Monday’s 2.4% fall in the underlying , which was pushing the tech benchmark into a 10% correction phase. 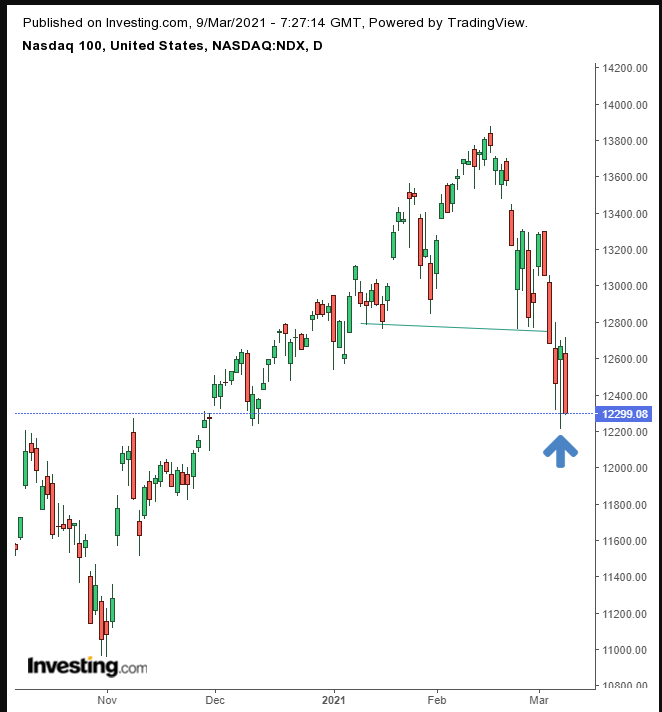 However, the opposite end of the reflation trade, represented by small caps on the Russell 2000 contract, was the second best performer, up over 1.5%, demonstrating that demand for value persists, even amid dip-buying (or short covering) for the technology heavy NASDAQ.

Either way, the point is that tech contracts recovered because yields eased, evidencing the link between the two as higher rates are seen to hurt the overvalued tech industry.

In Europe, the Index was weighed down by a 1.9% sellof in miners. This followed a 10% slump in Dallian contracts, the daily limit, after the Chinese government enforced restrictions on its biggest steelmaking city, Tangshan, as part of its anti-pollution efforts. Metal prices also became more expensive as the dollar strengthened.

In the background, the slow vaccine rollout across Europe has, over the past three weeks, pushed investors to divest from the European stock market, as they worry that economic growth there could slow as a result.

Trading in Asia earlier today was mixed. Japan’s outperformed, rising just shy of a full percent, led by property companies which were considered well placed to profit from the post-coronavirus reopening. Hong Kong’s climbed 0.8% after the “national team,” referring to brokers linked to Chinese government-backed funds started buying up stocks to support the market . Meanwhile South Korea’s was lower.

Starting today, the US Treasury Department is scheduled to issue $120 billion of new bonds. Three-year notes will be today and and Treasuries tomorrow. Both events will test last week’s bearish and brutal seven-year note auction. The poor result was based on the view that sudden, post-COVID-19 economic growth will overheat the economy, create inflation, triggering the Fed to increase rates.

Yields on the Treasury note fell. 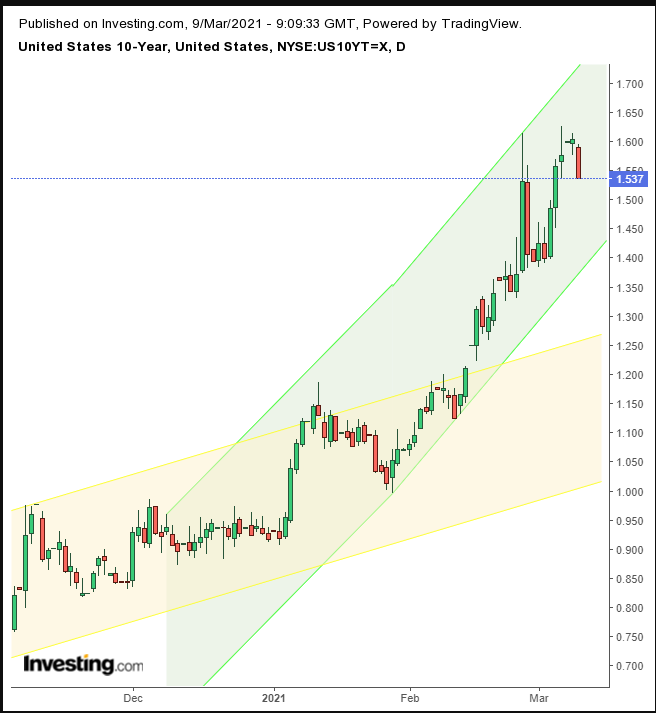 The drop is seen as temporary, before rates resume along a second, steeper rising channel.

The fell along with yields, after matching the number of days rates advanced. 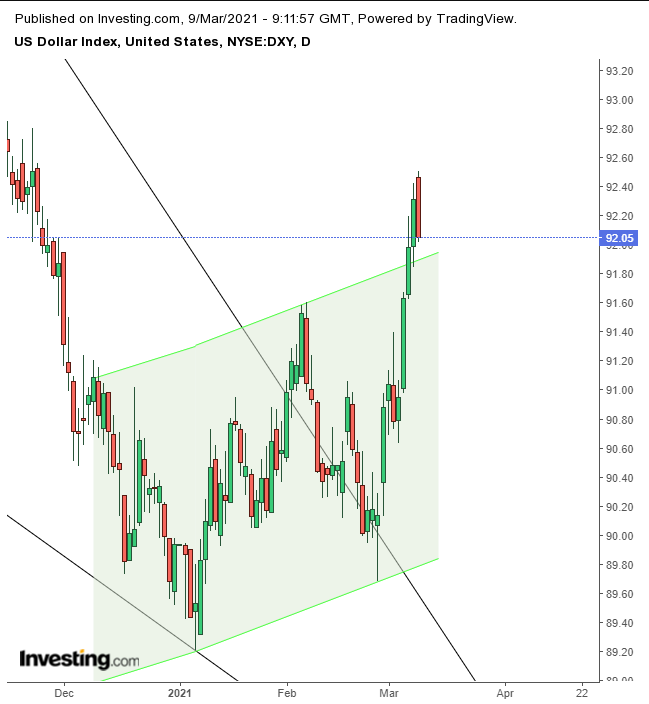 The greenback receded from a four-month high. However, after breaking to the topside of a rising channel, the USD may find support above it. Beforehand, the currency completed a falling wedge. 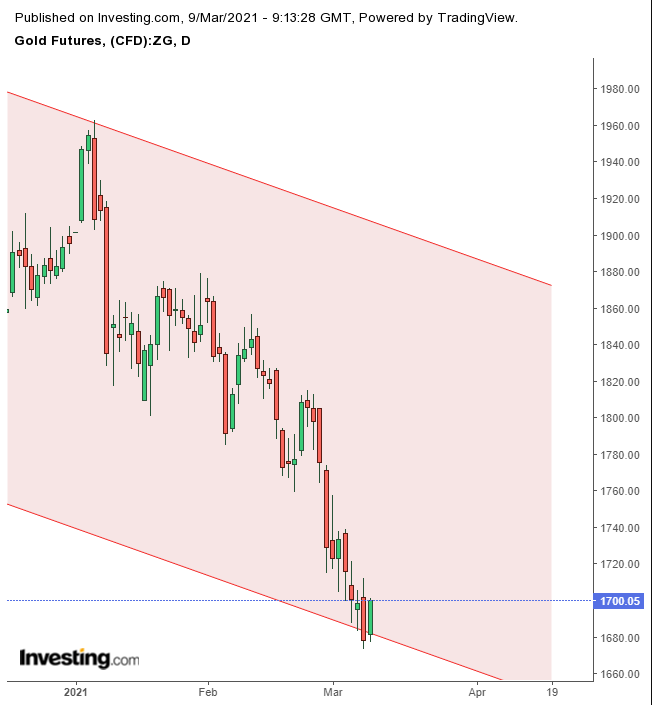 The yellow metal bounced off the bottom of a falling channel.

climbed for the fifth straight day amid further signs of institutional demand.

moved higher again after giving up a new high of just under $68 a barrel yesterday.