European stocks and futures on the , and halted Asian gains this morning after U.S. President Donald Trump said that his administration is not ready to seal a deal with China—which he blamed for failing to honor its previous negotiation pledges—and that tariffs on Chinese goods could increase “very, very substantially, very easily.”

The opened higher thanks to a rally in miners shares, but then fluctuated wildly in the first hour of trade. The pan-European benchmark then resumed its climb, only to stumble upon resistance, which forced it lower, below the opening price and subsequently below yesterday’s closing price. If the opening shot is an indication of what’s in store today, investors should expect prices to continue to swing.

Earlier, in Asian trading, investors didn’t seem to respond to Trump’s trade rhetoric during his visit to Japan, and risked a tepid advance on thin volume. 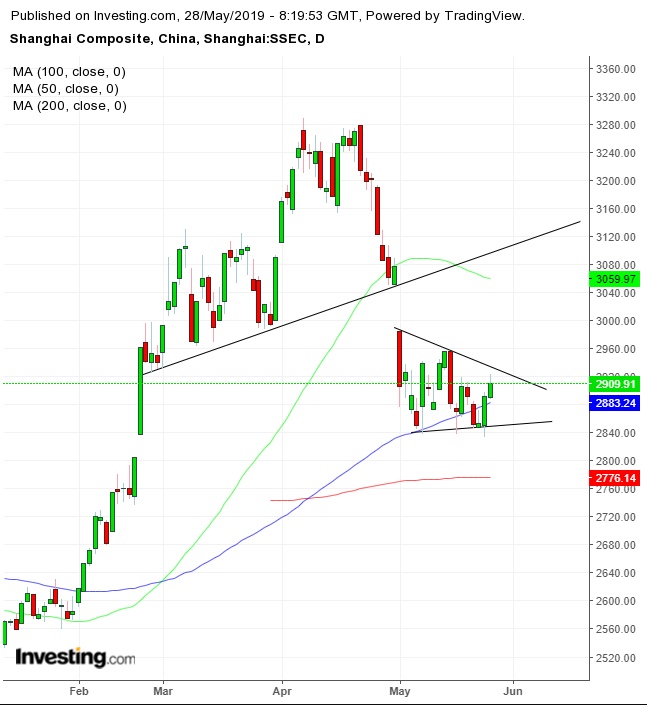 China’s outperformed, jumping 0.61%. The Chinese benchmark has the most to gain after falling as much as 13% since late April—technically, however, it is trading within a pennant, expected to break to the downside after failing the previous uptrend line.

Japan’s edged 0.37% higher even as Trump complained over the “unbelievably large” trade imbalance with the country. Perhaps, investors decided to focus on the U.S. president’s remarks that a trade deal with their country was coming later this year.

Meanwhile, the yield on Treasurys resumed a freefall to below 2.3, hitting the lowest level since mid October 2017 overnight, as demand for safety continued to surge. 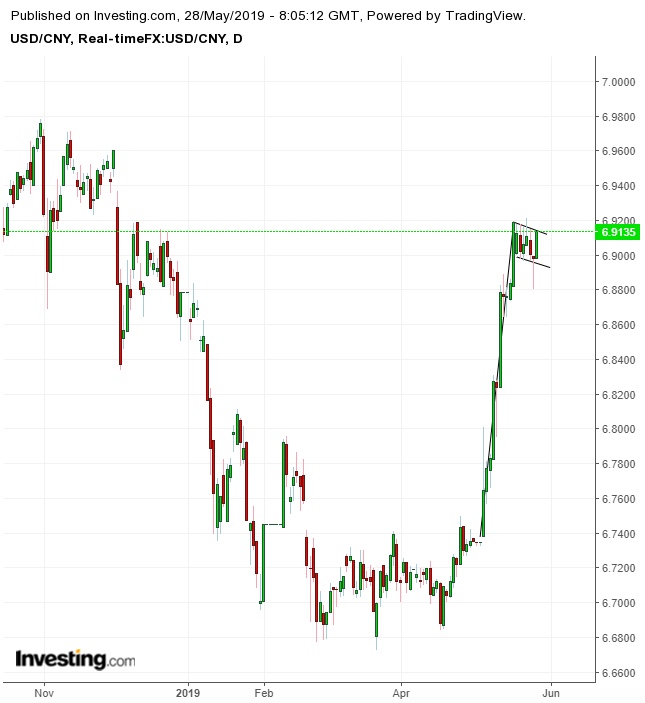 The continued to weaken at the expense of the dollar, consolidating for the seventh session within 1% from the October highs—before the recent round of talks began—within a bullish, falling flag. An upside breakout would suggest prices would more than overcome those levels, into the 7.0000 levels, further provoking the U.S. president, who has blamed China for currency manipulation. The battle between the two economic powers seems to be shifting to the currency front, with mounting speculation that China is allowing its currency to depreciate in compensation for U.S. tariffs. 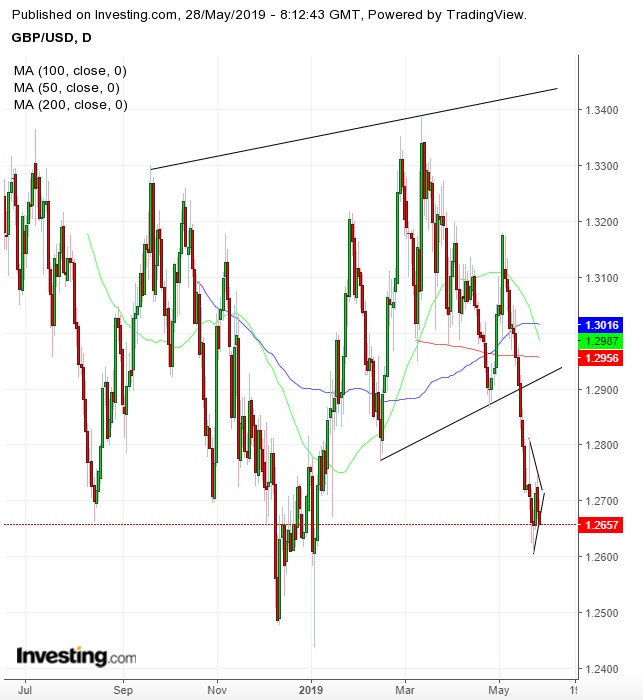 The extended losses and inched lower as traders watched the race for the next Prime Minister, which will determine the course of Brexit after Theresa May failed to garner lawmakers’ support around her draft proposal. Technically, cable may have completed a pennant, bearish after the plunge this month, which was s downside breakout of a H&S top. However, there is still a potential for a turnaround and a massive H&S bottom. 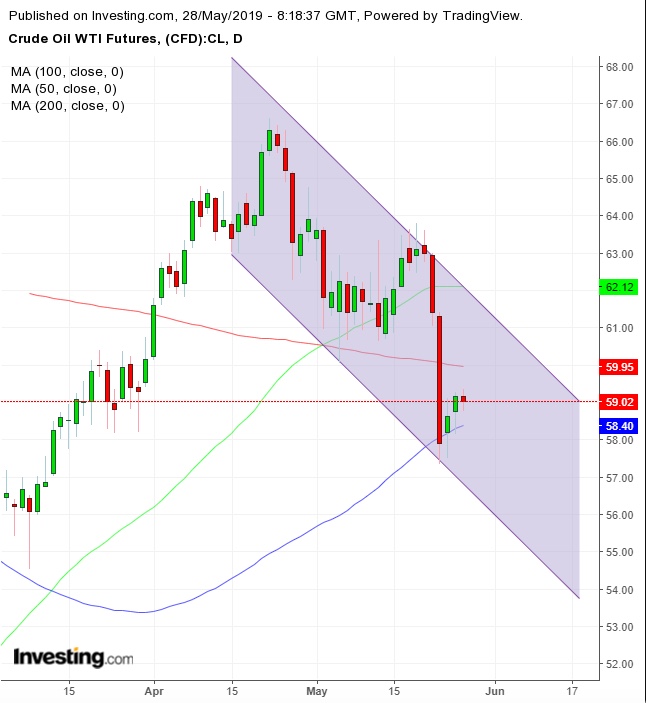 prices fell back and struggled on the $59.00 line, partly reversing early gains that had been favored by OPEC cuts and sanctions on Iran and Venezuela, which seemed to outweigh economic concerns. The WTI price is caught in between the 100 and 200 DMA, reflecting the fundamental conflicts in the outlook. However, the projected trajectory, as can be seen on the chart, is downward. Besides, some analysts pointed out that a strong rebound for oil this week would hinge on the market overcoming growing concerns about the U.S.-China trade war, which is far from being a certain outcome.

All eyes will be on what direction U.S. stocks take later today, as they resume trading after the Memorial Day holiday break amid heightened trade negotiations uncertainty. On Friday, all U.S. indices eked out paltry gains that failed to save yet another losing week. Thursday’s weak U.S. exacerbated fears of slowing growth due to the protracted U.S.-China trade war. U.S. stocks adding another weekly decline suggests overall pessimism, pushing stocks to their first monthly drop of the year.