Futures on the , and and shares in Europe traded in a narrow range this morning, intermittently slipping into the red ahead of a key Fed investors have been counting on to prop up equity prices.

The rebalanced yesterday’s 1.7% surge, with real estate offsetting an advance by banks. The pan-European index sealed its biggest leap since January on Tuesday after ECB President Mario Draghi signaled the central bank stands ready to unleash as much easing as needed should inflation remain subdued.

Earlier, Asian shares climbed to a five-week high—with the MSCI Asia Pacific Index excluding Japan climbing 1.5%—both on signs of softening U.S.-China trade negotiations and speculation the Fed would follow the ECB’s readiness to cut rates in today’s , a move that may already be priced into markets.

On the flipside, if the Fed doesn’t open the door for easing, equities, which have recently edged up to record levels, are likely to sell off, while the and yields could get a boost at the expense of , the and the .

Trump’s tweet that he will sit down with Xi at the Osaka summit sent U.S. shares near record levels. The rally built on mounting optimism from rate cut bulls, who got a helping hand from Draghi yesterday.

The tech-heavy (1.39%) outperformed as FAANG stocks led the broader rally. The (+1.35%) ranked as second best performer after the news Trump will meet Xi at the G20 summit—a development that benefits multinationals counting on smooth trade relationships to sustain their business growth. 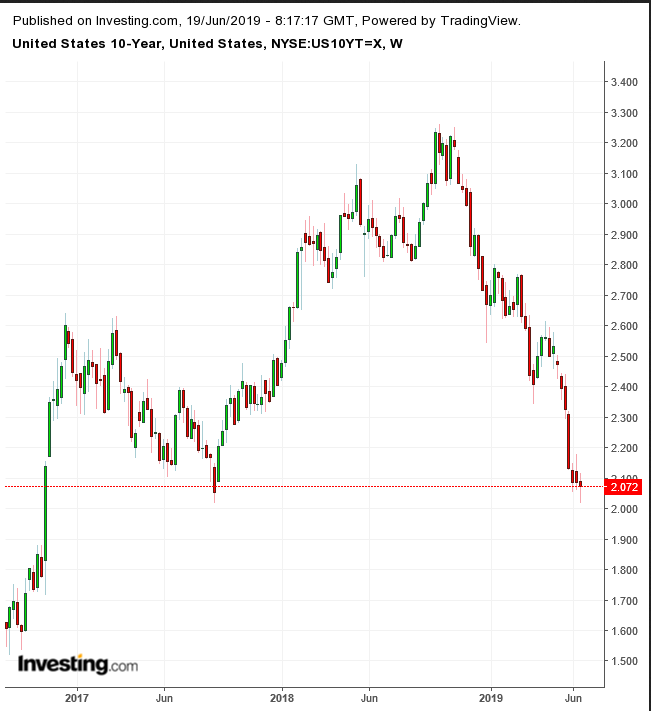 Meanwhile, the yield on Treasurys rebounded but remained below 2.1%, trading near the lowest level since September 2018 after flirting with the key 2.00 level on Tuesday, as the expected inevitability of a Fed rate cut spurred demand for government bonds. A further drop would push yields toward the lowest level since 2016. 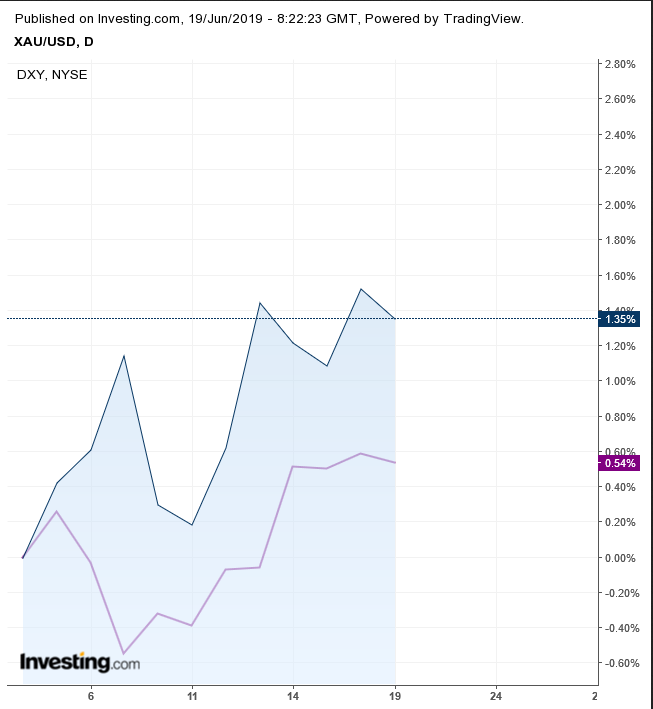 Once again, gold has been uncharacteristically moving in tandem with the dollar. Both are paring recent gains. The two would normally tend to show an inverse relationship. The outlook for lower interest rates should lower the value of the greenback and thereby boost the yellow metal. However, the USD strengthening could be on the growing demand for Treasurys by foreign investors. 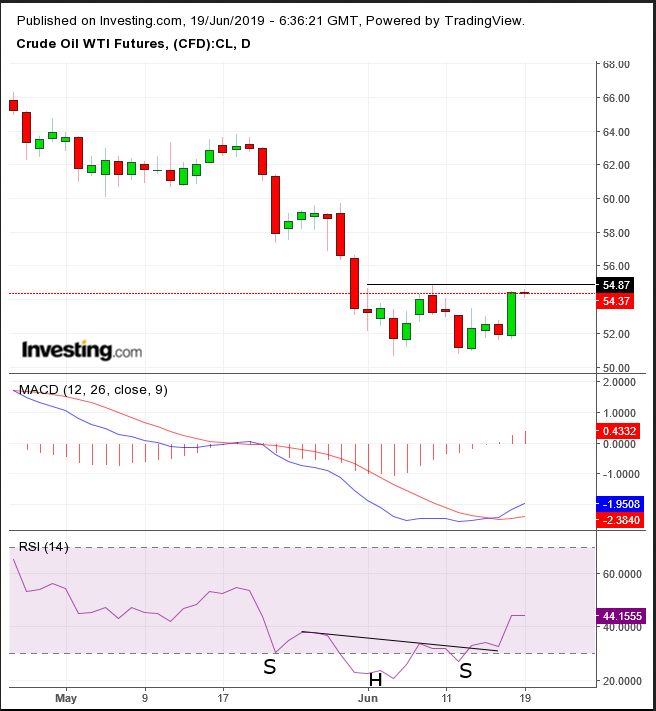 was seen mildly lower as OPEC oil producers inch closer to a meeting, where Iran may seek to play on new-found advantages to fortify its role. Meanwhile, a new rocket attack to the headquarters of several foreign oil firms in Basra, Iraq, kept the market under pressure. The strike, which comes hot on the heels of Trump’s commitment of additional troops to the region, has yet to boost prices: the torturously anticipated Fed policy decision is keeping investors in limbo across the board.

Overall, oil prices have been feeling the pressure of an outlook of lowered demand amid a global economic contraction. Technically, the price found resistance by the neckline of a potential small double-bottom.