The opened with a 0.18% gap higher, extended the rally to 0.53% but then buckled, paring the advance to 0.27% at the time of writing. Were prices to close at these levels, they would have formed a shooting star and a potential Evening Star, in Japanese Candlestick methodology, or an Island Reversal, in Western technical analysis. Carmakers and materials, the biggest beneficiaries of trade breakthroughs, jumped 1.1%. Banks shares also enjoyed some upbeat gains.

Earlier, during the Asian session, most regional indices rallied across the board, after reports broke of a U.S. tariffs deadline extension.

China’s surged 5.6%, the biggest leap in three years, to the highest close since July 15. The price jump was just enough to push the index back into bull market territory, gaining 20.18% since 2018’s bottom.

Hong Kong’s , conversely, only ticked 0.5% higher, developing a high-wave doji, as institutional investors remained cautious ahead of earnings releases, in a sign that smart money in the region isn’t easily convinced that global dynamics are really shifting. This posture begs the question: what will happen to Chinese shares—and indeed global stocks—if there is no substantial trade agreement?

Friday saw a broad equity rally help the , and the seal a ninth consecutive weekly advance and the clinch a fourth straight week of gains. 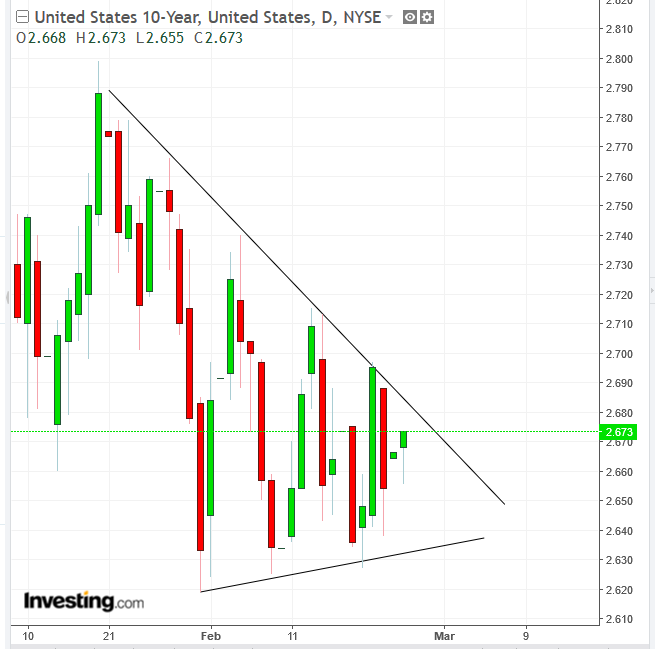 In bond trading, although the yield on Treasurys is climbing on risk-on today, it is still within its range since January, with an obvious downward bias. Should the 2.6% level be broken, we could expect yields to retest December lows—an omen for stocks, which hold a direct relationship with yields. 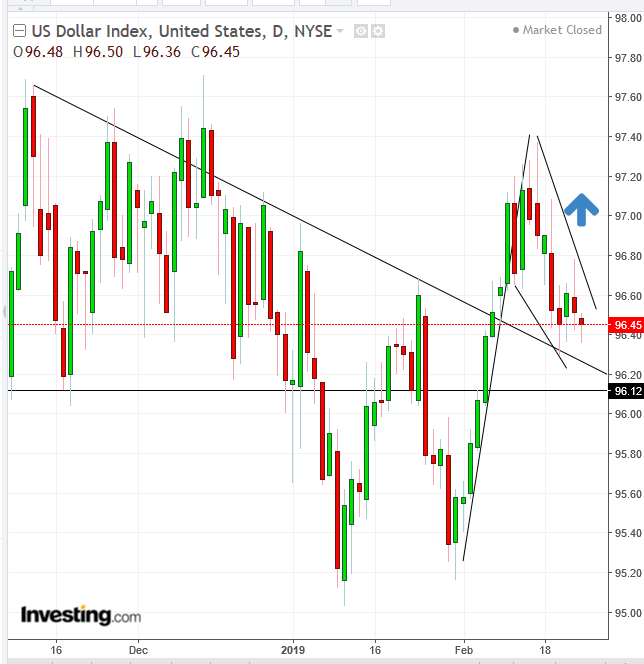 The slipped alongside Treasurys, but was still held up by the support of the broken downtrend line since mid November and the 96.00 level—the November-December double-top neckline.