While yields on US Treasurys resumed their climb this morning, hitting a fresh 7-year high, European shares on the and futures on the , and kept falling, despite a rebound in Asian equities earlier today. 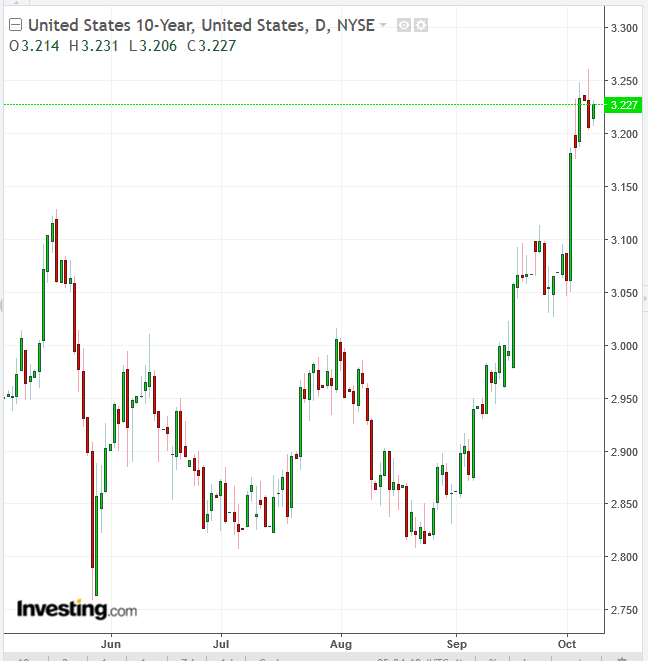 The yield on US bonds reversed yesterday’s slide and looks set to continue edging higher, as investors resume their selloff of government bonds. It’s important to note that yesterday’s selling break coincided with an advance in European shares and with a US stock rebound off the day’s lows, whereas today’s pick-up is coupled with losses across European equities and US futures. Typically, when investors rotate out of bonds, they buy risk assets. That’s a bullish paradigm. Conversely, the current Treasury selloff signals a bearish paradigm.

Morgan Stanley) analysts warned that the stock market has reached a “tipping point.” Rising yields may spur a shift in sector allocations, away from growth stocks and toward value assets, favoring energy, utilities and financials over tech and consumer discretionary. The US investment bank is forecasting a market correction as early as 2019, sooner than what the current market narrative is suggesting.

There has also been a rotation into Asian shares, whose very low valuations provide bargains when compared to the record price levels on US stocks. Japan’s and the broader rebounded from a four-day rout. China’s and Hong Kong’s closed 0.18 percent and 0.08 percent higher respectively.

Yesterday, most US stocks fell, though technology shares gained, consolidating after a three-day selloff. 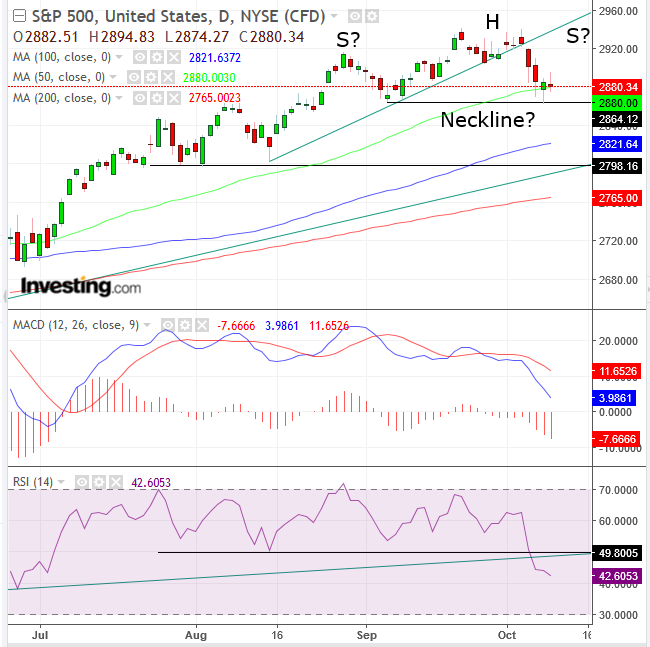 Technically, the benchmark index appears to be forming an H&S top, after the MACD and RSI broke down. Also, the RSI provided a negative divergence, after it crossed below its August trough (horizontal black line), while the price is well above the same indicator.

The bucked the trend, losing 0.21 percent. The eked out a 0.03 percent gain, while the underperformed, losing 0.47 percent. Technically, all US major indices provided sell signals based on MACD and RSI. 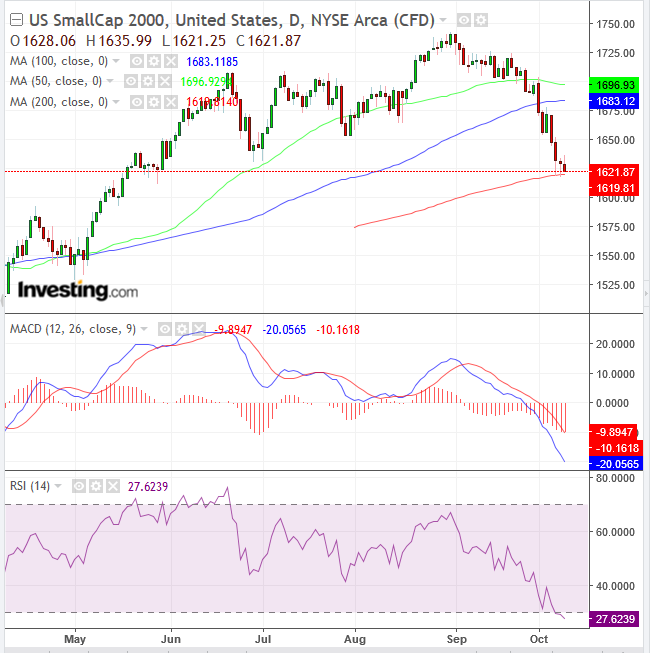 The small cap index formed a trough, lower than those preceding, but still within the uptrend. A peak lower than the August 30, 1,742.09 would establish a downtrend. 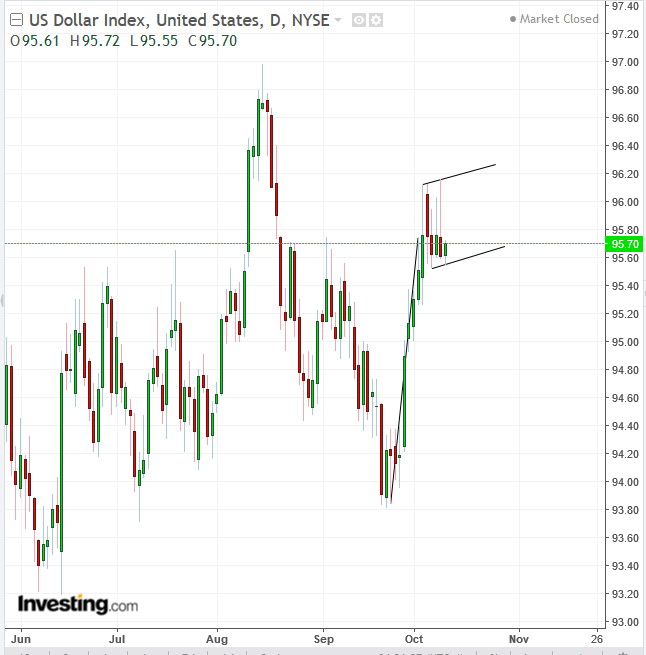 The bounced back from its decline after US President Donald Trump said the Fed is tightening interest rates too rapidly. Technically, the DXY may be forming a flag, bullish after the nearly 2.5 percent rise in late September, early October.

Interestingly, the greenback is also strengthening against the , perhaps suggesting that foreign investors now see USD-denominated Treasurys as providing safer and better returns than Japan’s currency. This pattern may help the dollar overtake the yen as the preferred safe haven currency once again. Technically, the USD/JPY found support by the July peak.

In European FX trade, the was unable to hold on to gains after it rallied, alongside the , on positive momentum on Brexit talks. Conversely, cable managed to remain in green territory after the Times reported that 30 to 40 Labour MPs would endorse a softer-stance proposal to avert a no-deal Brexit. Officials from both sides of the Channel are meeting in Brussels today to discuss a temporary stay, for the UK, within the EU customs regime.

Meanwhile, the slightly strengthened against the dollar for a second day, easing controversy around China’s currency devaluation policy.

WTI slipped back below $75 a barrel, after initially nearing that key psychological level as Hurricane Michael hampered offshore oil production and the IEA issued a warning to the global market.