Global selling eased in the European session, as investors turned more optimistic on a possible de-escalation of the US-China trade war, sending US futures on the , and higher. The pan-European edged higher as well, with some sectors in green territory helping the index pare some of yesterday’s 1.36 percent losses. 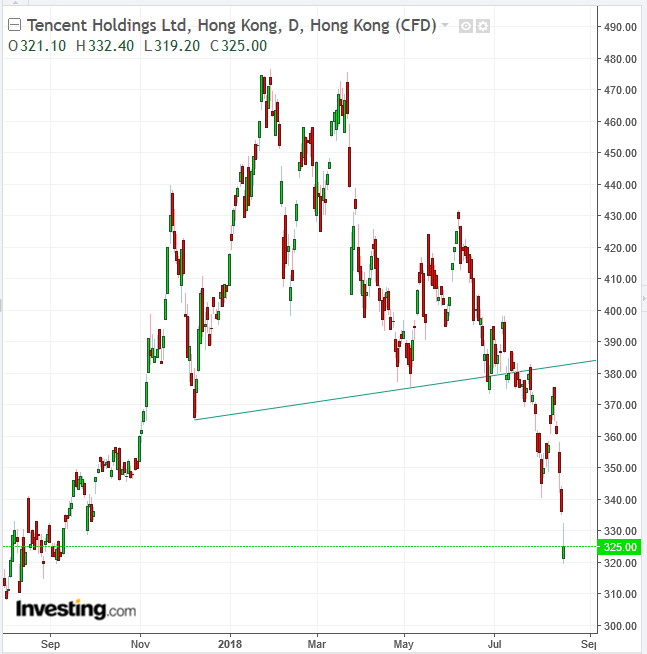 The tech giant’s falling shares deepened the stock’s bear market since June 27, when the price per share dipped below the 20 percent threshold from the January 29, 476.60 top. The stock is now down 32 percent since the peak. Technically, between November 2017 and July 2018 it completed a massive H&S top.

Overall, sentiment across equity markets was boosted by reports that China’s vice commerce minister will visit the US in late August. The climbed higher on the news, which in turn should help ease recent accusations by the Trump administration that its main trade opponent is manipulating its currency.

The {{|Turkish lira}} continued to strengthen for a third day after the country moved to curb short-selling, while Qatar pledged $15 billion to the country’s battered economy. Still, it seemed that the damage has already been done, as emerging market shares slipped, flirting with a bear market. This may deal a fatal blow to EM assets, already vexed by recent strength. 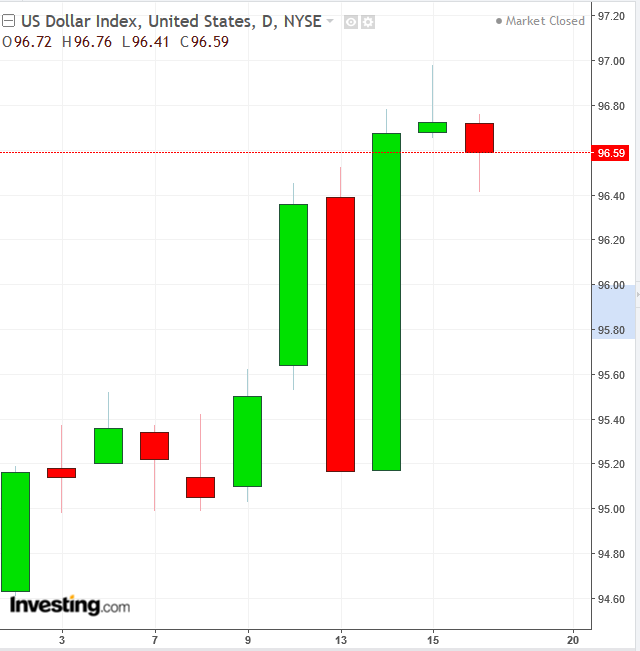 The USD ticked lower on Thursday, alongside US Treasurys, as investors shifted to risk-on sentiment. Technically, the decline confirms yesterday’s shooting star, a candle that projects a failed bullish advance.

During yesterday’s US session, equity bulls faced the worst US stock selloff in seven weeks as Tencent’s weighed on technology shares. At the same time, entered a bear market, which dragged down commodities overall. 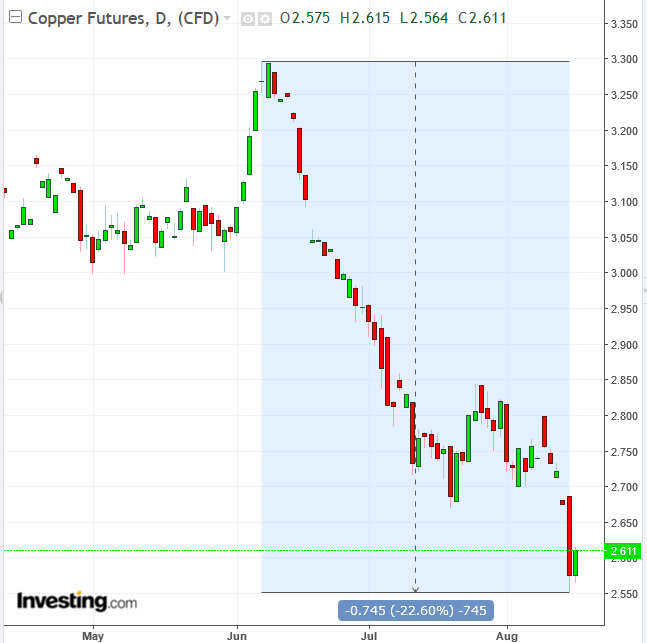 The red metal is now more than 20 percent below the June 7, 3.297 peak. However, it is re-gaining ground today, helping other metals rebound as well. 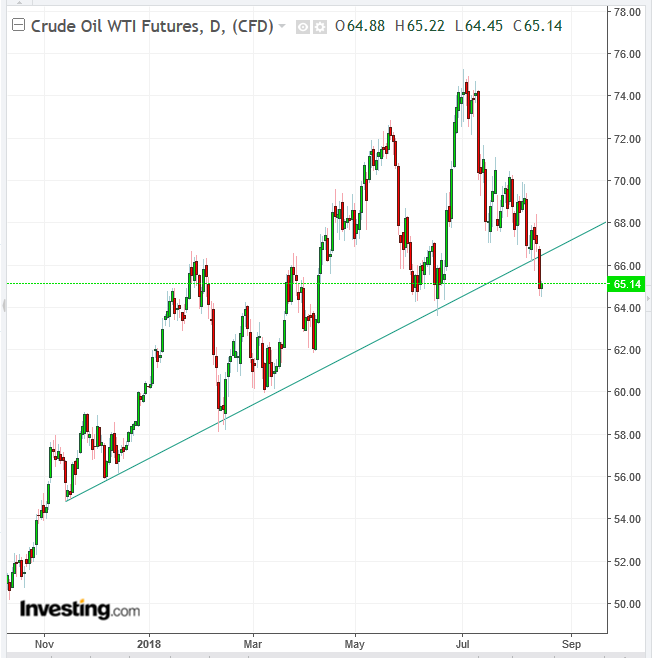 WTI crude lost more than 3 percent, crossing below the $65 threshold on the weekly release, which showed the most significant supply rise since March 2017. Stockpiles increased by 6.81 million barrels last week, against expectations for a 2.5 million barrel drawdown. Technically, for the first time since November 14, the price fell decisively below the commodity’s uptrend line.

The SPX’s second worst performer yesterday was , which slid 1.59 percent as trade-sensitive sectors led the selloff.

The gave up 0.54 percent. The slipped 1.23 percent, and the edged 1.27 percent lower. The underperformance of small-cap stocks versus larger-cap shares listed on the Dow can be explained by a sentiment-led selloff driven by ongoing Turkish contagion fears. 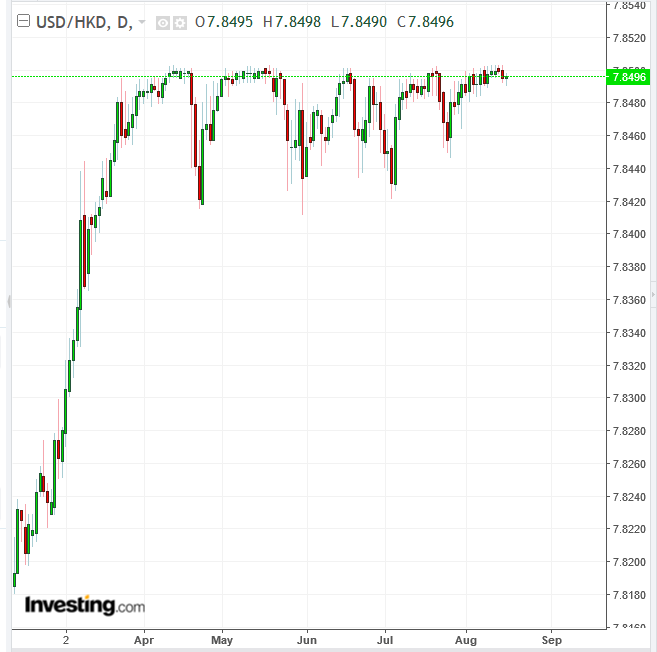 In FX markets, Hong Kong policymakers intervened to support the after the currency fell to the lower boundary of its trading band. Technically, this is the fifth time that the HKD threatened to drop below the 7.85 percent level since April.