European stocks gapped down and US futures slid lower on Monday, following a selloff during the Asian session, as investors switched to risk-off trades in the wake of a fresh round of retaliatory measures as the US-China trade war escalated.

Futures tracking the led the decline in the pre-US market open, while the and Treasury yields were seen bouncing back from an earlier fall. Trade worries were also weighing on , pressured by the looming OPEC summit later this week in Vienna.

It’s no surprise then that the pan-European was mostly dragged lower this morning by energy related stocks.

In the earlier Asian session regional equities opened on the back foot, stretching Friday’s US losses into the new week. However, considering investors were under siege last week from multiple headwinds, we believe that decline shows a bullish footprint. The only catalyst that actually managed to have a significant impact on markets last week was the data from China, revealing an economic slowdown in the Asian country.

Japanese shares suffered the heaviest losses among regional peers—while a bank holiday spared Chinese equities from a likely sell off.

Japan’s largest index, the , suffered its worst performance in nearly three weeks, mainly due to a strengthening , driven both by trade worries and by a strong earthquake in Osaka, in the country’s industrial heartland. Japan’s benchmark index is always sensitive to the strength of the domestic currency, which inflates the price of exports. Perhaps, with investors so focused on the US-China trade narrative, the impact of a stronger yen is also magnified.

Australia’s bucked the trend, gaining 0.16 percent, mainly courtesy of financials stocks. The “Big Four” banks, which recently admitted to customer-related misconducts, spurring a selloff of their stocks—saw their shares gain ground. This upward move countered losses in the materials and energy sectors, which were weighted down by trade-related uncertainty and falling oil prices respectively.

The escalation of trade tensions on Friday between the US and China seems to have harnessed investor focus.

We noted on numerous occasions that investors have consistently disregarded geopolitical risk whenever the possible market implications weren’t immediately clear. Before last Friday, a trade war between the world’s two largest economies only represented a hypothetical threat. Then US President Donald Trump confirmed tariffs on $50 billion worth of Chinese imports, and Chinese officials responded with a 25 percent levy on $34 billion of US agricultural and automotive products starting on July 6. Now that both countries have pressed ahead with reciprocal trade tariffs, the threat of a trade war has solidified into a very real conflict.

Investors may still be struggling to understand the exact ramifications of these latest developments, nevertheless they’re likely to become more cautious. 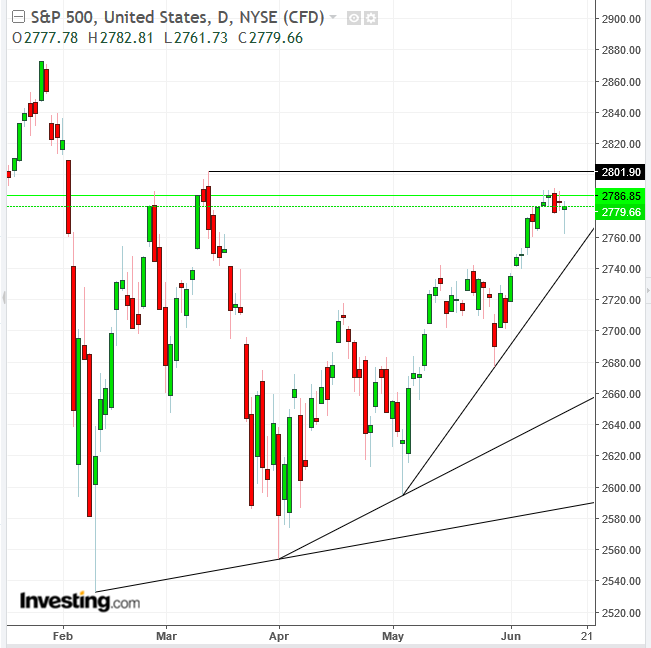 Technically, the posted a new high last Tuesday, at 2786.85—hitting a higher closing price than the March 9, 2786.57, thereby potentially confirming the uptrend since the February bottom. Still, it is having a difficult time advancing above the March 13, 2801.90 high price. Also, the continuous steeper incline of the trend suggests a correction toward the uptrend line—the question is: which one? 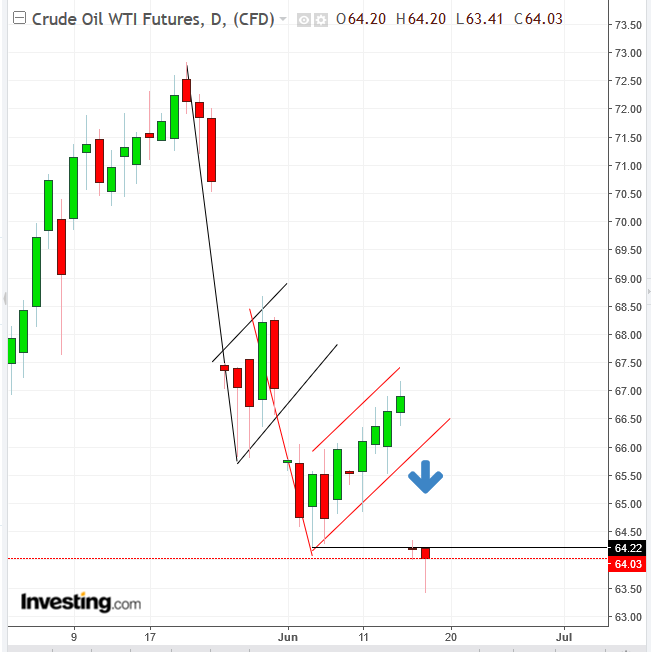 WTI crude continued to slip lower today as Saudi Arabia and Russia, both looking to increase production, prepare for a heated meeting with other OPEC members on this coming Friday, June 22. Technically, today’s rebound forms a hammer, as bulls attempt to bid up the price of oil under the June 5, $64.22 low—the exact level at the time of writing.

Earlier the was sold off, after the governing coalition of German Chancellor Angela Merkel stumbled, threatened by a deterioration of the migration policy crisis. 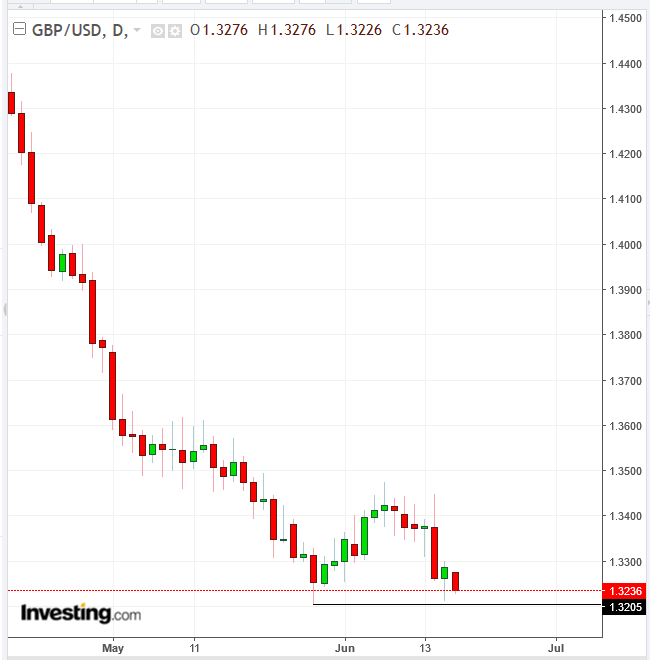 In the UK, an upcoming debate in the British Parliament on the Brexit withdrawal bill is pressuring the which has so far found support by Friday’s hammer, on the support of the May 29, 1.3205 low price. Should that support fail, as all demand is absorbed, the 8 percent downtrend since mid-April is expected to resume, unimpeded.