European stocks slipped lower and futures on the , and wavered this morning, after shaking off Asian market weakness this morning. The leaped, and is set to end a ten-day selloff.

The gave up a strong opening that was boosted by gains in shares of commodities producers which tracked the climb in oil prices. After initially opening 0.17 percent higher and extending the advance to 0.6 percent, the pan-European benchmark lost 0.26 percent, with no apparent cause as of 4:07 EDT.

Earlier, the Asian session was beset by volatility, with the dropping 1.19 percent. Most regional benchmarks opened lower as signs of softening demand in China—underpinned, among others, by the forward outlook posted by one of the country’s retail giants, (NYSE:)— rekindled anxiety about the outlook for world growth. However, an optimistic outlook on key economic data coming out this week, such as industrial production figures from and , may have convinced dip buyers to pull prices off their lows.

Japan’s started 0.6 percent lower and extended the drop to 0.9 percent, but later managed to eke out a thin 0.09 percent higher close.

US majors slid on Friday as the on-again, off-again tech stock rout picked up after disappointing corporate results, dragging the 1.67 percent lower. However, on a weekly basis, shares advanced. This is the second consecutive week that saw gains, only to have equities sink on Friday. Although two negative closes at the end of the trading week are insufficient to mark a pattern, investors should ask themselves whether they signal a build up of uncertainty, as traders are unwilling to be locked into positions over the weekend.

The outperformed its peers, both over the one-week and two-week period. The posted a mirror-image trajectory, underperforming over the same two timeframes. This seems to underscore trader conviction that trade uncertainty—which would favor stocks of domestic companies over export-sensitive mega-cap shares—is not an immediate threat. 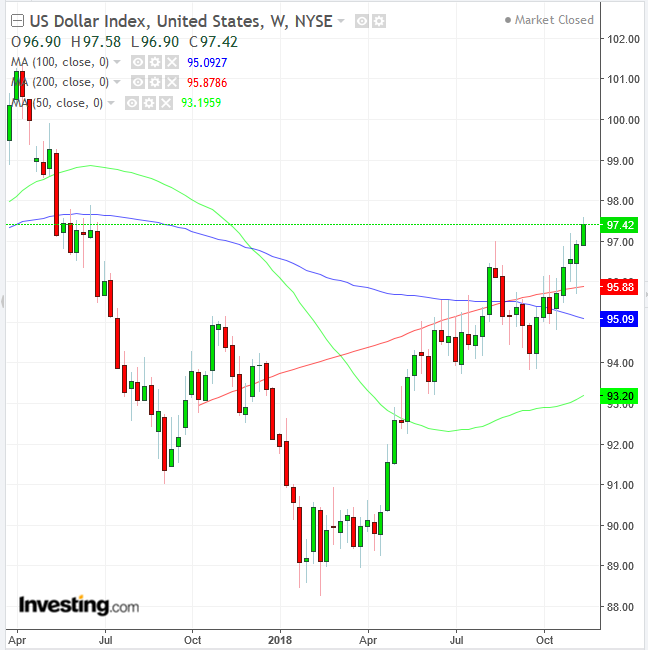 The greenback jumped on last week’s favorable US data, including Friday’s and the Fed’s following the , all pointing to higher interest rates. The USD is currently trading at the highest level since June last year. 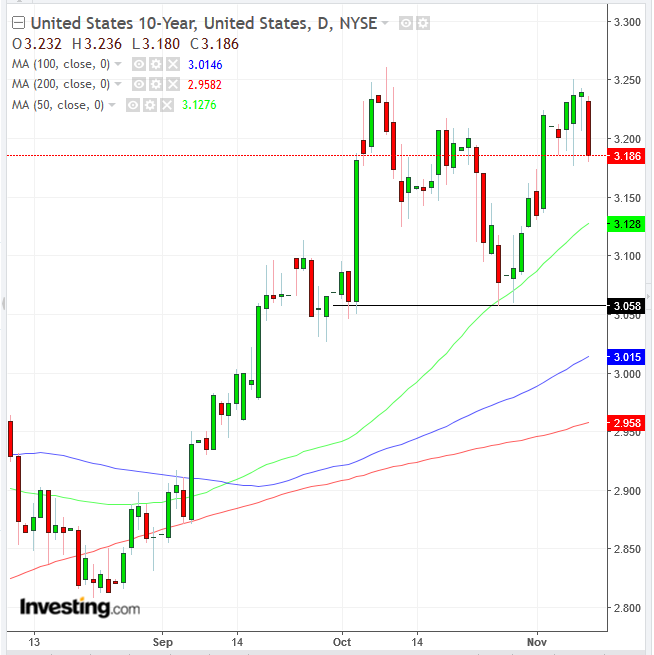 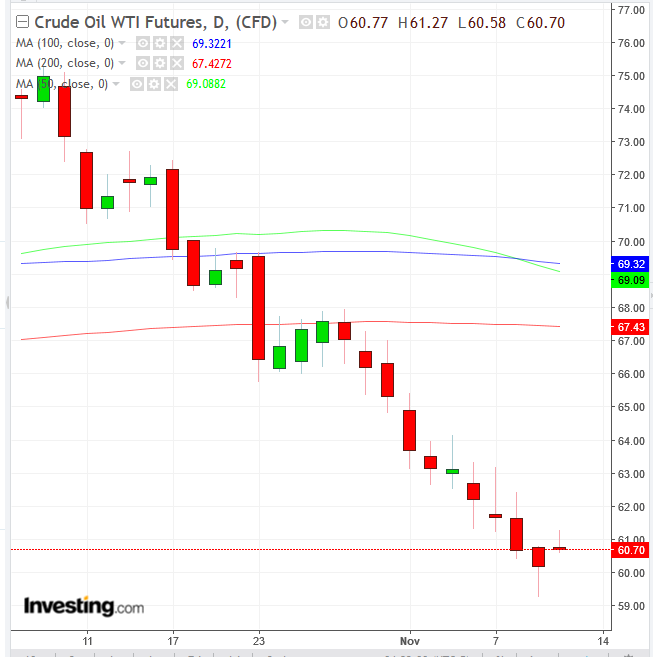 Oil prices are on track to snap a 10-day straight loss, though giving up biggest early gains. Crude is at the lowest level since March, and the 50 DMA crossed below the 100 DMA. Traders in this space may need further signs of bigger supply cuts to continue driving prices up.